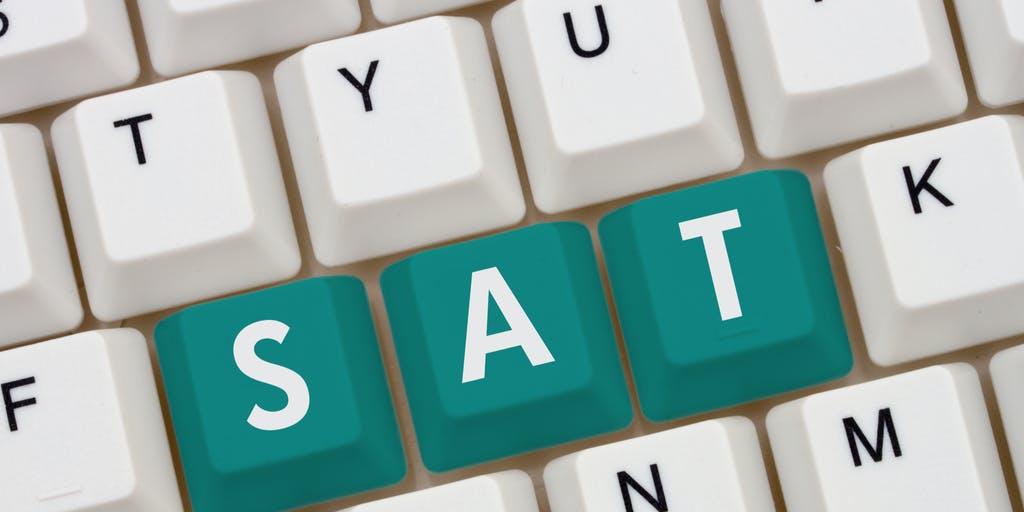 The College Board announced today that the SAT will be going fully digital, arguing that the shift will make the test easier to take and administer—and a better fit for today’s students.

The move comes as a growing number of colleges and universities have gone test-optional in admissions, in part because the pandemic made it harder for students to gather safely to take the test, and in some cases out of concern that standardized tests may prevent barriers for some types of students.

Many critics of the test, though, remain skeptical that the changes are meaningful.

Priscilla Rodriguez, vice president of College Readiness Assessments for the College Board, and others affiliated with the design made the case in a call with reporters that the test now offers a “more approachable and less stressful experience” for students and educators, a goal that they say was “at the center” of the new changes.

Among the changes, the exam length has been cut down by an hour, from three to two, with shorter passages about a broader range of topics and one question per reading section. Scores will also be delivered faster.

Not everything has changed, though. In fact, the core components appear to be much the same. The test will still be scored on a 1,600 point scale, and it will still be administered at a school or test center, College Board says, so students will not be taking it at home. The group did run trials of an at-home version of the SAT early in the pandemic, but it moved away from that idea because it said it “would require three hours of uninterrupted, video-quality internet for each student, which can’t be guaranteed for all.”

The College Board said it had run a successful pilot in November of the digital version it did opt for.

The College Board argues that the new changes will increase the amount of options for schools regarding when and how to administer the exam. “As we move digital, we are going to be able to give each student a unique version of the SAT,” Rodriguez stressed. This increases the security of the exams and affords schools more flexibility in when they offer the test, and increasingly, students take the exam during the school day and so the flexibility will keep the doors of opportunity open to more students, she argued.

Bob Schaeffer, executive director of FairTest, a nonprofit that advocates for making the tests optional, said in a statement today that the SAT’s move to digital is simply a “repackaging” of the SAT that does not appear to seriously address the criticisms of the test’s validity or equity.

“Shifting an unnecessary, biased, coachable, and poorly predictive multiple-choice exam that few schools currently require from pencil-and-paper delivery to an electronic format does not magically transform it into a more accurate, fairer or valid tool for assessing college readiness,” Schaeffer wrote.

More than 1,800 colleges and universities have test-optional admissions policies today, compared to 1,000 just before the pandemic hit, according to figures from FairTest.

Others have also expressed skepticism.

“The issue was not that the SAT was in paper format… that was not the issue AT ALL,” Tweeted Jennifer Jessie, a longtime SAT tutor. “That has not ever come up in the years I’ve tutored this test.”

Some admissions officials were also underwhelmed.

“It’s myopic and duplicitous to measure the small victories without measuring the massive real and opportunity costs to society,” Jon Boeckenstedt, vice-president of enrollment management at Oregon State University, wrote on Twitter. “For every first-generation and/or low-income and/or student of color the SAT has helped, it’s almost certainly hurt hundreds if not thousands.”

The College Board, meanwhile, argues that the SAT is an “objective measure” of a student’s college readiness. Its leaders also say that students will continue to take the test, even if it’s optional. “When nearly every college went test optional during the pandemic, millions of students still took the SAT,” College Board officials said in a statement this week. Students still want to take the test so as to have the option of submitting the scores if they do well, the group says.

“In a largely test-optional world, the SAT is a lower-stakes test in college admissions. Submitting a score is optional for every type of college, and we want the SAT to be the best possible option for students,” said Rodriguez in a statement. “The SAT allows every student—regardless of where they go to high school—to be seen and to access opportunities that will shape their lives and careers.”

Some observers see upsides in the changes, though.

“The move to a digital test format is long overdue,” said Jerome Lucido, a research professor at the USC Rossier School of Education, in an email interview with EdSurge. Digital testing will be more secure, he says, and the shorter format will also make the test “less of a mental grind.”

However, how colleges use SAT scores in the decision-making process—and whether the shorter tests are valid—will determine if the changes will bring about more equity, argues Lucido. The validity of the tests will become known as they get administered, he said.

To improve equity, he said, colleges should not use “cut scores,” where the applications of students are not reviewed below a certain score level, and they should place the scores within the context of a student’s educational opportunities.