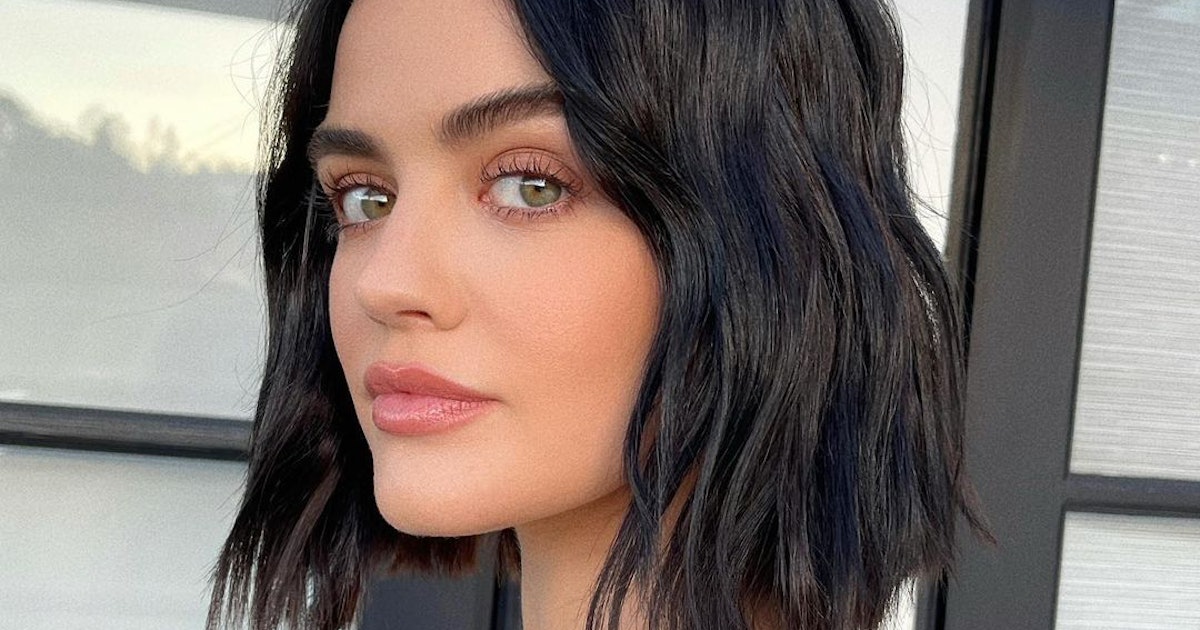 Between French girl hair and the “bixie” (aka a pixie-bob hybrid), it seems like the short hair trend isn’t going anywhere anytime soon. Among the frenzy, yet another cropped style has emerged — the sliced bob haircut trend. The ultimate cool-girl cut, the sliced bob is a sleek, razor-sharp style that requires minimal maintenance and can work on a variety of hair types and textures. Needless to say, it’s a perfect look for the winter months when you don’t necessarily have the energy to spend on styling but still want to look chic.

“A sliced bob is literally that, cut by slicing through the ends of the hair with your scissors,” celebrity hair colorist Tina Outen tells TZR. “Creating shape rather than layers, keeping the overall outline blunt.” Though some of the most glamorous stars (Kourtney Kardashian, Addison Rae, and Kaia Gerber) have been loving the sliced bob look lately, the style doesn’t require a ton of upkeep. “When the ends of your hair are tapered by slicing the scissors through them, they easily disappear into each other when blow-drying; meaning, you do not have to struggle to get the ends to look good. They will fall into shape quickly and effortlessly,” Outen continues.

Outen notes that though the sliced bob works best on those with fine hair, it’s a look anyone can go for. “The style can work for pretty much every [hair type] as long as you know how to actually utilize its ‘cons’,” hairstylist Jordi Martinez-Fenoll says. “On fine and straight to slightly wavy hair, the look will be chic, slick, and modern. The cut naturally will, and should, be on the flatter side, but instead of fighting [the flatness], we’ll use it; tucking it behind the ear for extra coolness. On thick, wavy, curly hair, there will be more pyramidal volume, which might sound like a big ‘con’ for some, but to me, can be the ultimate statement on edginess and modernness, especially with a side part.”

The key to any good haircut, of course, is making sure you and your stylist are on the same page. If you’re interested in trying a sliced bob, Outen recommends first asking your stylist if they feel confident doing a slice cut. “It’s important to find out if this technique is how they like to cut hair as it’s very different than the traditional use of scissors,” she says. “[With the slice cut], you do not open and close the blades and cut with the tips of the scissors [as you are traditionally taught]. [Instead], you slide the base of the blades by your fingers through the hair with pressure in order to cut through it.”

“I would have pictures that show the look they want to achieve so the communication is clear, and discuss if their hair type and styling routine is right for the technique,” Outen adds.

In need of some bob haircut inspiration? Check out a few of the best celeb examples — feel free to bookmark for your next salon visit.