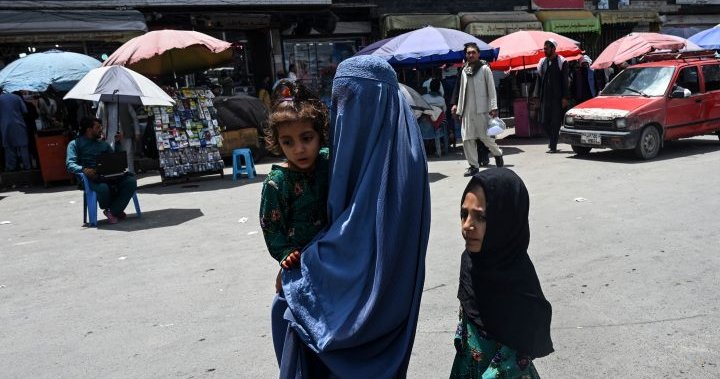 Activists who fled Afghanistan for asylum in Canada are frantic to get their families out after the pandemic slowed Canada’s sluggish refugee reunification process, leaving them stranded and at risk of Taliban retribution for their work, refugees and advocates said.

The families, mainly young children and spouses, would almost definitely be approved to come to Canada, immigration experts said, but the bureaucratic process for reunification takes an average of three years and two months, according to the Canadian Council for Refugees (CCR).

As U.S.-led forces withdrew from Afghanistan after 20 years, the Taliban seized control in days as government forces, trained and equipped by the United States and others, melted away. Canada was part of the U.S.-led invasion of Afghanistan in 2001 but ended its combat role in 2011 and withdrew all of its troops by 2014.

The Taliban struck a dovish tone on Tuesday, promising to respect women’s rights and protect people. But many Afghans fear the Islamist militants will return to the harsh practices of their 1996-2001 rule, when women were not allowed to work and punishments such as public stoning were administered.

One woman, who worked in women’s rights and reproductive health, fled to Canada two years ago due to threats against her. Her husband and four children remained in Kabul and she fears they will be targeted by the militants because of her work.

When she spoke with her oldest daughter on Monday, “she asked me, ‘Mother, will the Taliban let me live long enough to kiss you again, to hug you again?’ For a mother this is very, very painful,” said the woman, who asked not to be identified.

“‘When the Taliban reach me, before they reach to my home, I want to kill myself.’ For Afghan people, for my daughter, she is thinking about killing herself instead of forced marriage,” the woman said through tears. “If I lost one of my family members I can’t think how I will be alive. They need rescue.”

1:32
Afghan refugees board bus after arriving in Canada from Kabul

Afghan refugees board bus after arriving in Canada from Kabul

Around 90 families who have a family member in Canada are in a similar position, according to a representative. At least one family already have their visas and had tickets booked in August until all commercial flights were canceled.

The situation is “absolutely intolerable and unacceptable,” said CCR executive director Janet Dench. She said the organization has been pushing the Canadian government to make family reunification a priority for decades.

Requests for comment to Immigration, Refugee and Citizenship Canada were not immediately returned.

Canada’s refugee claim process allows people to apply as refugees after they arrive in the country. Once they are approved, they can apply to be permanent residents of Canada and their families can begin the application process to join them.

1:42
Afghanistan veteran working to get interpreters to Canada is frustrated with government response

The emotional toll on Afghan family members in Canada is excruciating.

“The process was slow, it got slower” during the coronavirus pandemic, said Maureen Silcoff, past president of the Canadian Association of Refugee Lawyers.

Read more:
‘We need your solidarity’: What the Taliban takeover means for Afghanistan’s women and girls

A woman who worked with international organizations was pregnant when she fled Afghanistan two years ago, leaving behind three children and her husband.

Now her two-year-old, who was born in Canada, wakes up in the middle of the night to check if her mother’s been crying.

“At 2 a.m. she put her hands on my eyes to see if they were dry or wet. She’s not yet three but she feels how I feel,” the woman, who also did not want to be identified, said.