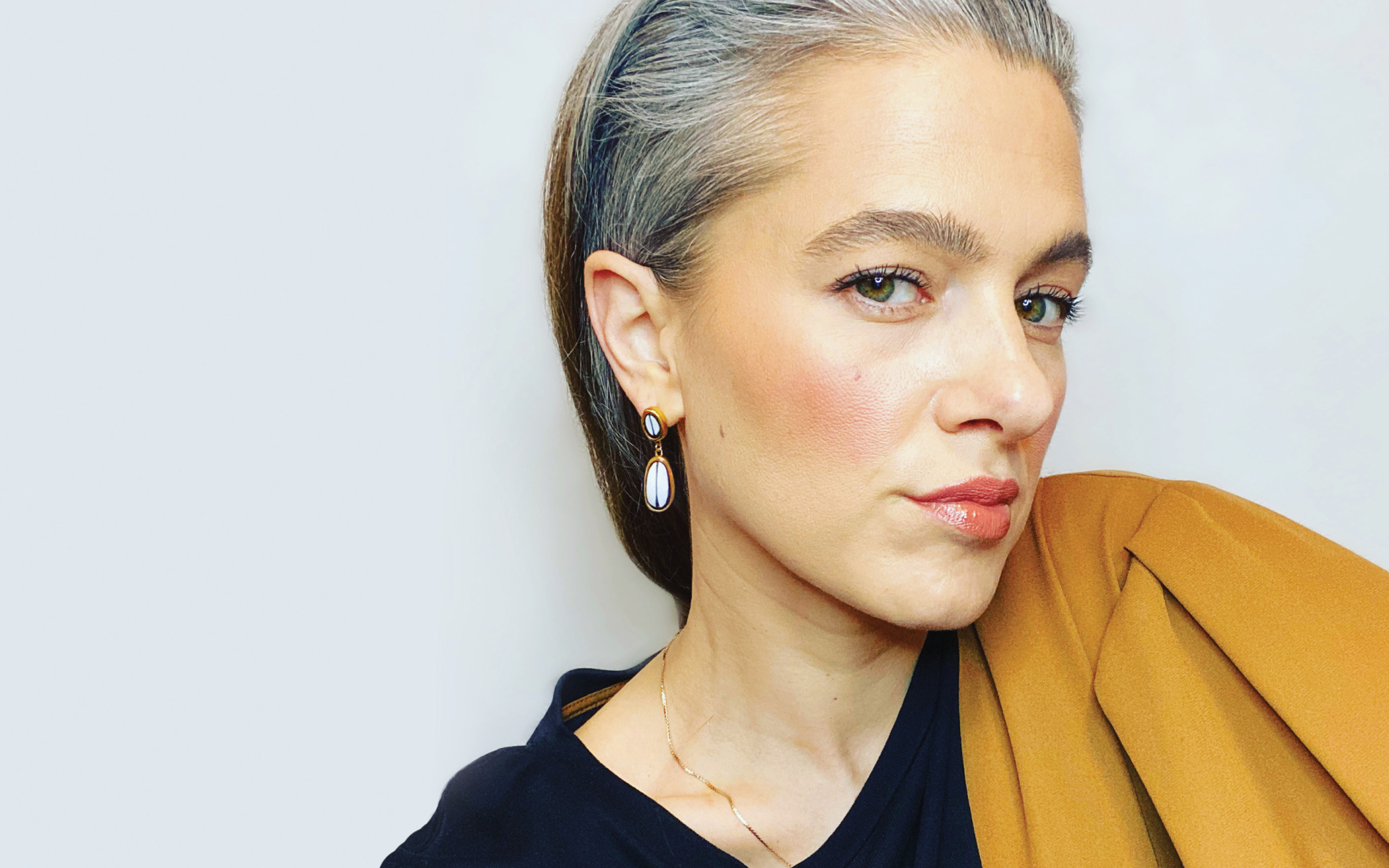 And you should, too.

Since Whitney Lichty decided to go grey, she has received more compliments from complete strangers on the internet than from close friends. “I don’t get a ton of positive comments in real life,” she says. “Recently, though, I was with my husband when a young man came up to us and said: ‘I just want to tell you your hair is beautiful. I really wish more women would grow their natural hair colour out.’ It was shocking to me and refreshing to hear.”

Nearly seven years ago, Whitney Lichty began toying with the idea of not dyeing her hair (long before stars like Andie MacDowell, Jane Fonda and Tia Mowry leaned into their silvery strands). In fall 2019, she ditched the dye, and in the new year, she started documenting her grey-hair journey on her Instagram account, @silverstrandsofglitter. Her feed became a visual diary of her transition, serving up an inspiring combination of hairstyles and her reflections on her evolving relationship with her hair.

The 41-year-old California resident, who lives with her husband and four sons, noticed her first silver hairs when she was in her 20s. As they steadily increased over time, she covered them in her thick brunette waves with regular visits to the salon. “Then I started to think ‘Wouldn’t it be funny if I stopped dyeing my hair?’” she says.

A few years later, this flickering idea was fully ignited by a conversation she had with a girlfriend. “Neither of us knew that we both had grey hair and had been dyeing it not for fun but to cover the grey,” says Whitney Lichty. The fun dye jobs she got during her teens became a necessity in her 30s. “I realized that all of my negative thoughts and feelings surrounding grey hair were never really my own but something I had been conditioned to believe by society and culture,” she says. That’s when she decided to go grey for good.

Her research led her to blogs where women shared their experiences, and she soon discovered an entire community she didn’t know existed on Instagram. “These women weren’t just documenting their transition; they were celebrating silver hair and aging, self-love and acceptance,” says Lichty. She decided to start her own account to document the progress as her grey came in and to encourage other women who might be embarking on a similar journey

Whitney Lichty’s transition to grey hair wasn’t easy, particularly during the first six months. “It’s that weird stage where it kind of looks like you missed a few appointments, especially when you have so much dark hair next to a little bit of silver,” she shares. She relied on root spray to lightly cover up the grey so she could ease into it but eventually used it less and less.

Lichty had initially planned to go completely grey to “get it over with” but then decided against it. “The slow growth really eased me into it,” she says. “If I had done it in 16 hours, it would have been too much of a shock.” It took about a year before she started seeing some semblance of a pattern with her white streaks.

Embracing grey has meant that Lichty has had to deal with her fair share of negative comments and unsolicited advice, even from her own stylist. “People said all the stereotypical things that we’re told to believe about grey hair,” remembers Lichty. She was told she would hate it and asked why she would purposely choose to look old when she was only in her late 30s.

Despite this, Lichty has been buoyed by the support from her husband and from people all over the globe. “Their highs and lows were the same highs and lows that I was experiencing,” she shares. She once wrote on her Instagram: “I’ve been told that grey hair is old, that it’s ugly, that it’s dull and unattractive. I believe that it’s joyful, it’s beautiful, it shines, it’s real and it’s freedom. Freedom to be ME.” It has helped her tap into a deeper well of creativity as she experiments with new hairstyles to complement her existing love of vibrant clothing and bright lipsticks.

Whitney Lichty isn’t on a mission to convince other women to quit colouring their hair but to encourage them to be their authentic selves. “You have a choice, and there is a gamut of women of all ages who are doing this and loving it,” she says. “If you love dyeing your hair, I’m all for that, too. But I want you to do it for you and not because you feel like you need to.”

Hairstyles to show off your silver strands

This article that first appeared in FASHION’s November 2021 issue.