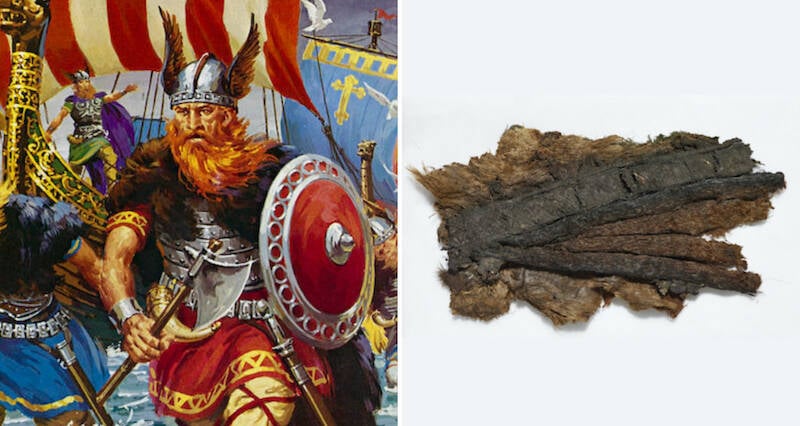 By the time of the Viking age, the beaver had already been extinct in Denmark for some 3,000 years. However, that didn’t stop the extremely fashion-conscious Vikings from going to great lengths to import its pelts as a flashy way to flaunt their status.

New research on several 1,100-year-old pelts unearthed at Viking grave sites in Denmark shows just how prized these furs were. As one researcher said, “Fur would have acted as an example of conspicuous consumption… a recognizable luxury product and visible evidence of high status, which would differentiate the wearer socially and economically.”

Discover the full story behind this enlightening find here.

Suzanne GilsonThe cash was found rolled into tight bundles about the size of a cigar.

Richard and Suzanne Gilson were recently doing some landscaping at their New Jersey home when they suddenly found bundles of cash buried in their yard.

Working with a mini-excavator, Richard Gilson was removing a significant amount of debris from around the couple’s home when he stumbled upon something unexpected. Gilson initially believed he had uprooted weeds that were littered throughout the yard, but upon closer examination, he realized he was actually looking at tightly wound rolls of cash.

Several years ago, paleontologists digging in an ancient petrified forest in Chemnitz, Germany unearthed a strange fossil. The creature was 10 inches long and had a large, flat head, but experts weren’t sure what it was.

Now, they’ve identified the animal as a new species of prehistoric amphibian that they’re calling Chemnitzion richteri. This frog-like creature roamed the forest 300 million years ago, eating insects like centipedes and spiders, though it’s nothing like any animal researchers had ever seen before.