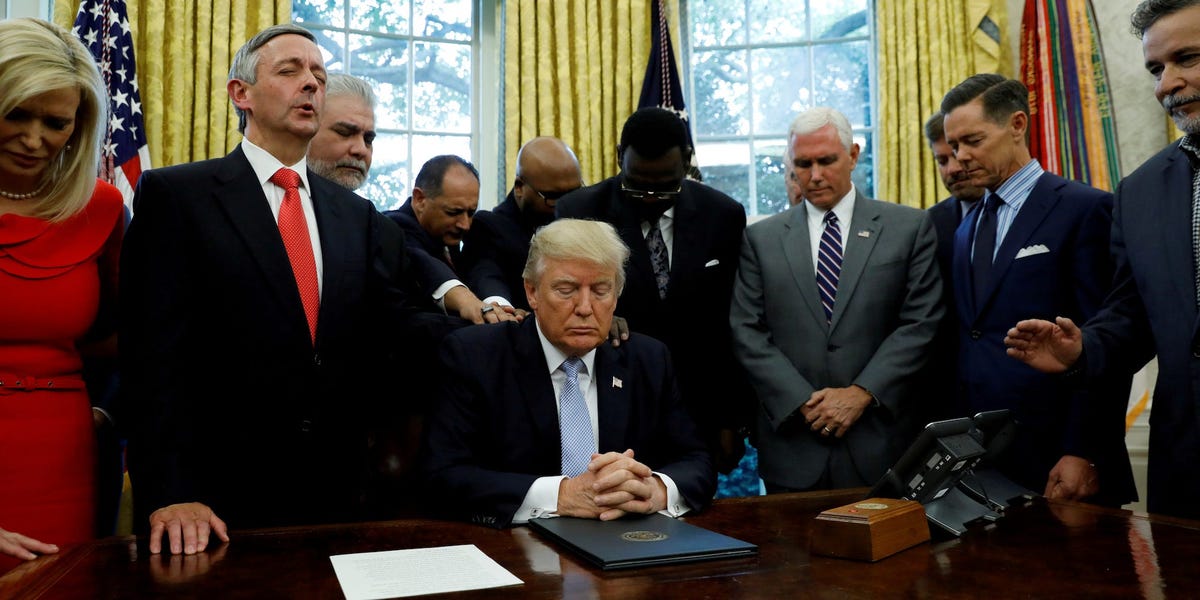 A Christian organization which launched a petition protesting Donald Trump’s 2024 presidential run has amassed thousands of signatures so far.

The petition was launched on November 16 by Faithful America. The group says it is an online Christian community founded in 2004 that is “organizing the faithful to challenge Christian nationalism and white supremacy.”

In its petition, the group called on Christians to “speak out” and “make it clear that Donald Trump does not share our values and will never have our votes.”

“We don’t know much yet about how the 2024 election will play out, but one thing is certain: Another Trump presidency would be a disaster for our country,” the organization wrote on the petition.

“In a speech laced with fearmongering and lies, Trump made it clear that he intends to double down on the fascist tactics that led to the deadly January 6 Christian-nationalist attack on our Capitol,” the group added.

Faithful America also said in its petition that the Bible teaches “love, equality, and dignity,” which it says are values that Trump’s MAGA movement “clearly rejects.”

Nathan Empsall, a reverend and the executive director of Faithful America told Newsweek on Monday that Trump had “weaponized religion” in his last two campaigns for president in 2016 and 2020.

“Neither the country nor the church can afford another four years of this charlatan’s fascism, racism, misinformation, or ego,” Empsall said.

Faithful America’s position comes at a time when several of Trump’s evangelical allies have either held back from backing him, or have publicly slammed him. Trump announced his 2024 campaign at Mar-a-Lago on November 15 — about two years out from Election Day in 2024 — pledging to make America “great” and “glorious” again.

Robert Jeffress, an evangelical pastor and longtime Trump supporter, told Newsweek that he would hold back on his endorsement of Trump until he wins the GOP nomination.

“The Republican Party is headed toward a civil war that I have no desire or need to be part of,” Jeffress said.

Even Trump’s one-time spiritual adviser James Robison last week called Trump an “elementary schoolchild” during a meeting of the National Association of Christian Lawmakers (NACL) on Wednesday, per The Washington Post.

“If Mr. Trump can’t stop his little petty issues, how does he expect people to stop major issues?” he added.

A representative at Trump’s press office did not immediately respond to Insider’s request for comment.