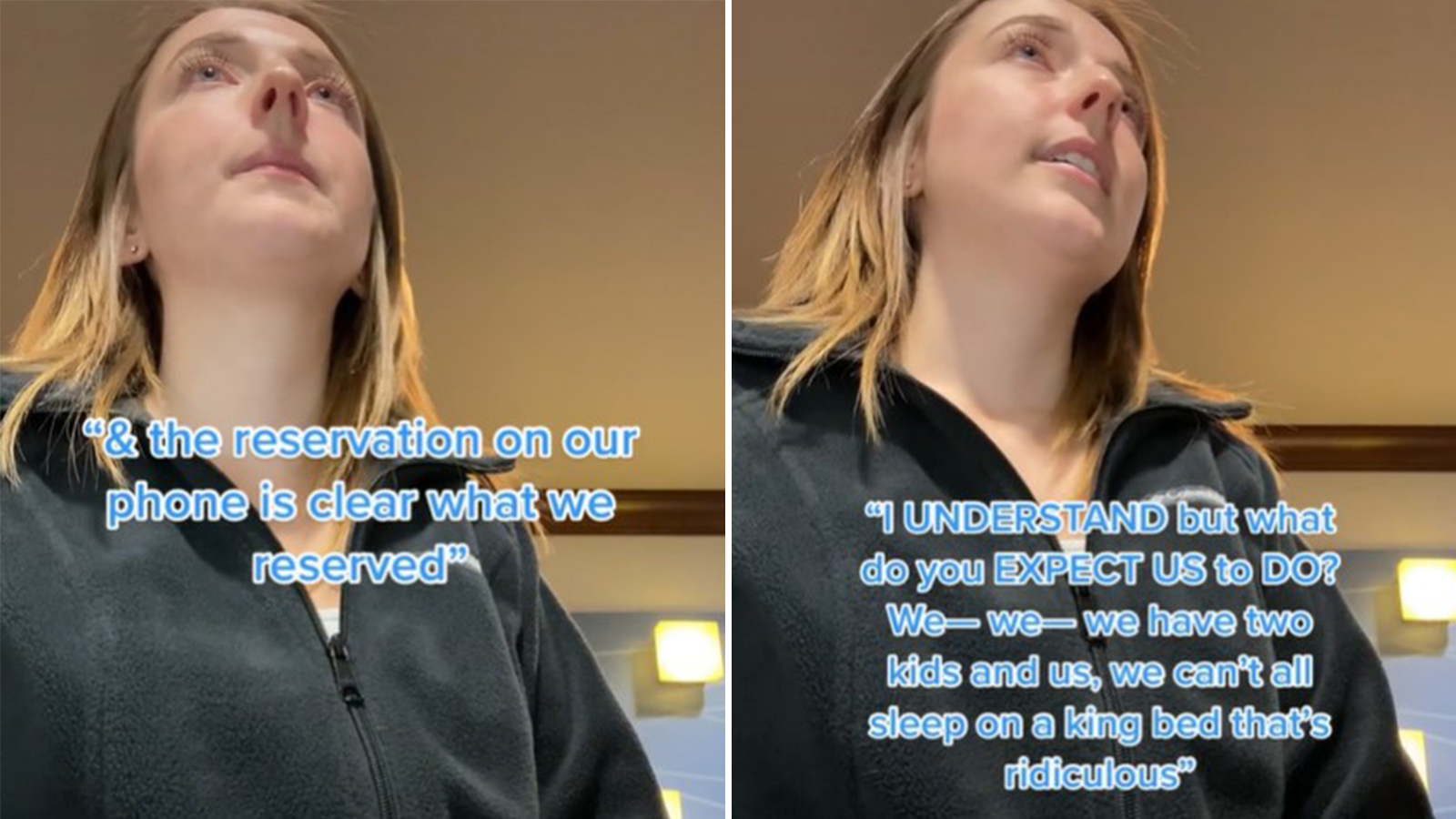 A TikToker named ‘yourlocaltumbleweed’ is going viral for the way she handled a rude customer at the hotel where she works, garnering praise from hundreds of thousands of commenters.

TikTok is a haven for viral content of all kinds, but one particularly popular category on the app is ‘customer service freakouts.’

A slew of videos have taken the site by storm, showing either employees or customers flipping out over their service (or rude patrons) — but the latest entry into this category certainly takes the cake.

TikToker ‘yourlocaltumbleweed’ uploaded a video on the night of October 23 that has accrued over 21 million views in just 14 hours.

The video is a recording of the TikToker standing behind her desk, where she works as concierge for a Holiday Inn Express hotel chain.

The three-minute-long video shows her handling a male customer who appears to be upset that the room he booked only has one king-sized bed and a pullout sofa, where he would be staying with another adult (presumably his spouse) and two children.

“I understand, but what do you expect us to do?” the man asked. “We have two kids and us. We can’t all sleep on a King bed, that’s ridiculous.”

The man got more indignant the longer the video went on, until a bystander stepped in to try and diffuse the situation. Unfortunately, it only escalated matters, with the man appearing to levy a threat toward the stranger before the TikToker suggested canceling his reservation due to his behavior.

Commenters were impressed with how calm ‘yourlocaltumbleweed’ was throughout the ordeal, applauding her for handling the rude customer in a collected manner — but that wasn’t the end of the incident.

The TikToker uploaded a follow-up clip explaining the situation, saying that the man had initially called and reserved a room with two Queen beds, but ultimately ended up canceling that reservation in favor of the room with the pull-out sofa through a third party site.

“He was fighting to get that two Queen bed suite, but we were sold out because he canceled,” she revealed.

Tumbleweed then uploaded a second video recording her encounter with the customer, who she says spat on the floor multiple times after claiming he “didn’t believe” that there wouldn’t be a cancellation fee from booking dot com, where he’d made his second reservation.

Commenters were outraged on her behalf, but the TikToker maintained her cool demeanor throughout the altercation with the rude customer. She can’t get employee of the year quick enough!

This is just the latest customer service moment to go viral on TikTok after a ‘Karen’ wrecked her car trying to cut in line at a McDonald’s drive thru.