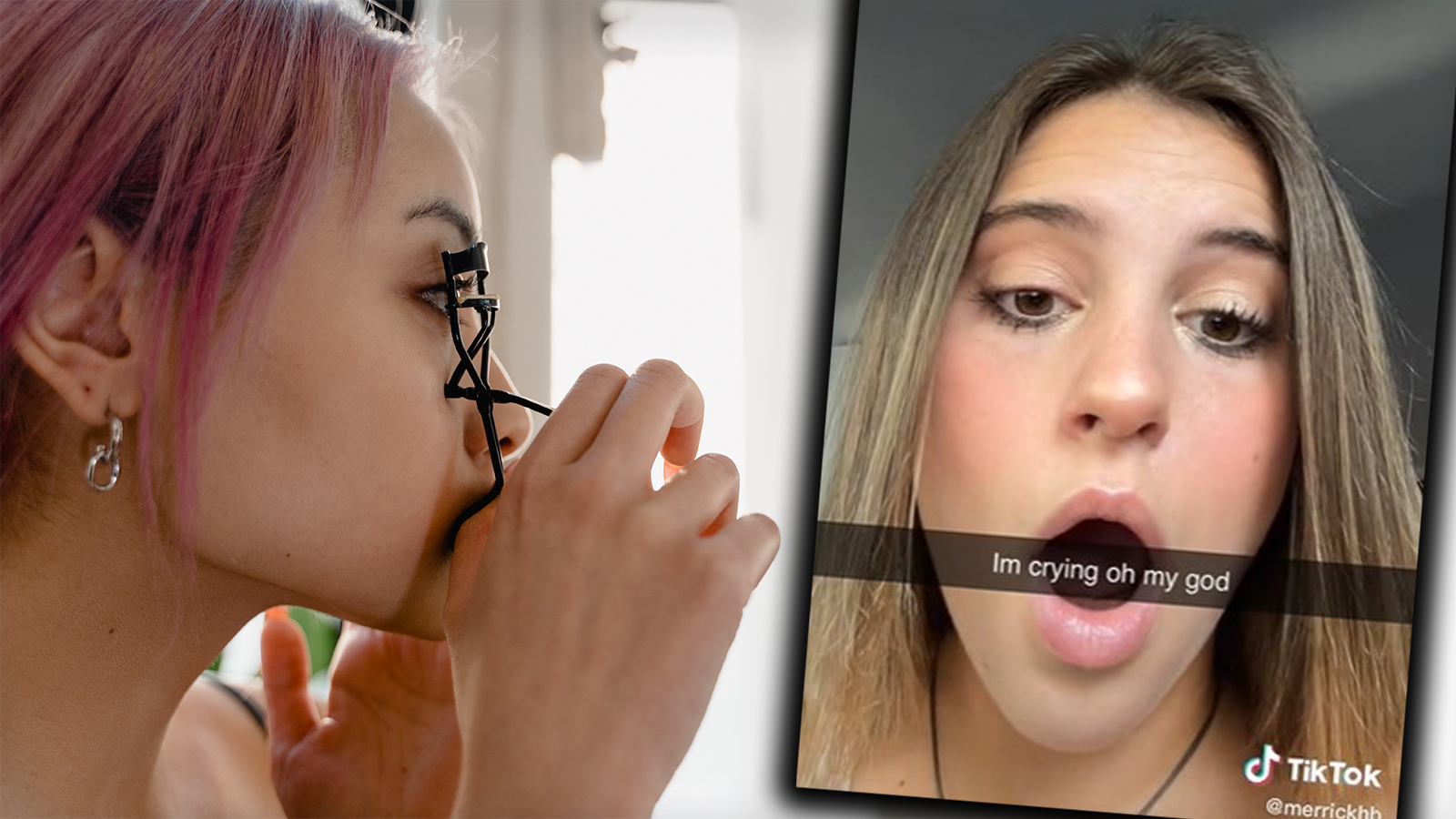 An unfortunate TikToker shared the shocking moment she ripped out most of the eyelashes on her right eye after a simple makeup tool went awry.

TikTok is a home to viral content of all kinds. From popular dances to wild challenges, life hacks, and more, there’s something for everyone on the video-sharing app.

That being said, there are definitely some clips circling TikTok that give viewers the heebie-jeebies. For instance, one woman caught the moment she accidentally ripped off her own eyelashes while doing her makeup… and viewers are cringing in empathy for the now eyelash-less TikToker.

Creator ‘Merrick Bourgeois’ was finishing up her makeup look when something horrible happened.

Apparently, the TikToker went to fix her eyelashes with an eyelash curler — a device that squeezes a person’s eyelashes between two padded arms to achieve a curled, wide-eyed look.

Unfortunately, the curler ended up ripping out most of the TikToker’s eyelashes, leaving her completely shocked. Merrick gave viewers a good look at the eyelash curler, which had a whole row of eyelashes stuck to the top arm.

She then switched to her phone’s front camera, revealing that the top of her right eye was completely bereft of any eyelashes. “Send HELP,” she captioned the video. “I’m crying, oh my god.”

Commenters can’t help but sympathize with the unfortunate TikToker, with some theorizing that she may have applied mascara before using the curler, causing her lashes to stick to the tool.

“That’s the exact reason I curl my lashes BEFORE mascara,” one user wrote.

“And that’s on always cleaning before every use,” another advised.

“Bro, I will never complain about losing like 4 eyelashes in mine, wtf,” another said.

“I would immediately pass away,” a viewer joked.

Merrick explained the situation in a follow-up video, claiming that her hand had actually slipped while using the curler, subsequently ripping out her eyelashes. Yeowch!

At least Merrick’s accident has given a good lesson for makeup-uses on the internet. And luckily for her, eyelashes do grow back, although it takes about six weeks or even longer in some cases.

This is just the latest accident to go viral on TikTok after one user’s attempt at scaring city workers in a costume went wrong in the most hilarious way possible.