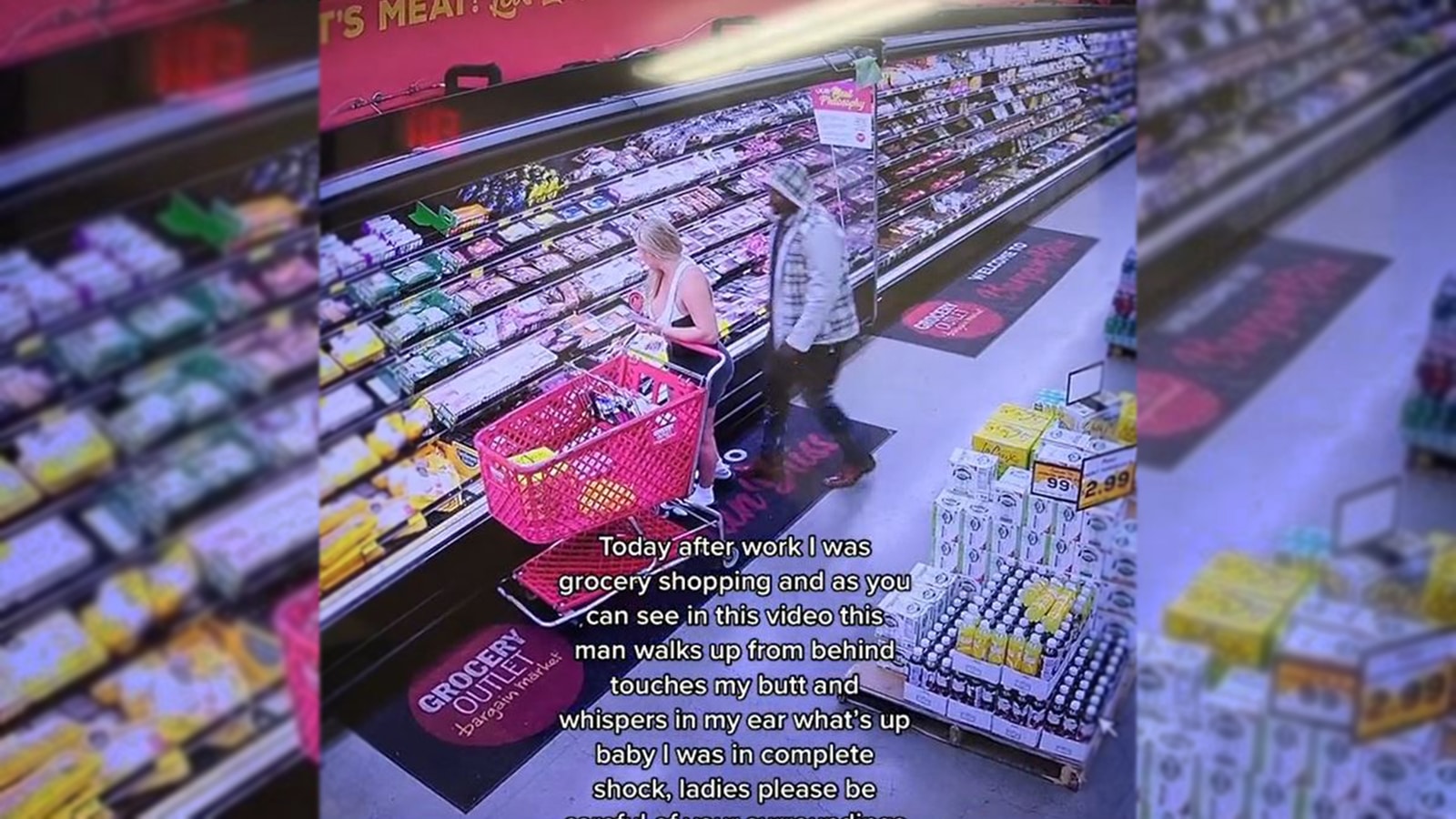 A TikToker is going viral for sharing CCTV footage of a disturbing incident that happened to her while she was grocery shopping, issuing a warning to other women.

TikToker Daisy DeLacroix is a bikini barista and OnlyFans creator who usually shares her everyday work experiences and funny storytime chats with her 57,000 followers.

However, her regular output of humorous videos were interrupted by an extremely serious post that showed security camera footage of a man allegedly groping her in a grocery store.

DeLacroix posted the video to TikTok on August 23, and it’s already garnered over two million plays as viewers are left terrified, enraged, and shocked by the clip.

In the CCTV footage, DeLacroix can be seen perusing a refrigerated aisle when a man walks up behind her. The stranger gets extremely close to DeLacroix and appears to speak to her, prompting the TikToker to quickly back away, clearly shocked at what just happened.

DeLacroix explained the incident in detail: “Today after work I was grocery shopping, and as you can see in this video, this man walks up from behind, touches my butt and whispers in my ear, ‘What’s up, baby?’”

“I was in complete shock. Ladies, please be careful of your surroundings. I did not know this man and he tried to play it off.”

Commenters have shown an outpouring of support for the TikToker, sharing their own experiences and what they would have done in her shoes.

“You should’ve called the cops,” one user advised. “Probably not his first time.”

“Bro, my immediate reaction would’ve been to just swing,” another admitted.

“He definitely knew what he was doing, you could see him checking around to see if there’s people around,” another pointed out.

However, other comments have pinned the blame on DeLacroix for her clothing — something the TikToker hit back at in a few statements of her own.

“I’ll leave this here since some of you men are outright disgusting in these comments,” she wrote. “Don’t tell me I shouldn’t be wearing this when half of you… I’m wearing a crop top and biker shorts, it’s men like you are the problem. And that’s just scary!”

DeLacroix’s video is serving as a dire warning to women on the platform — an app that recently banned content from Andrew Tate, a controversial online figure who has been suspended from multiple social platforms due to his inflammatory views on women.