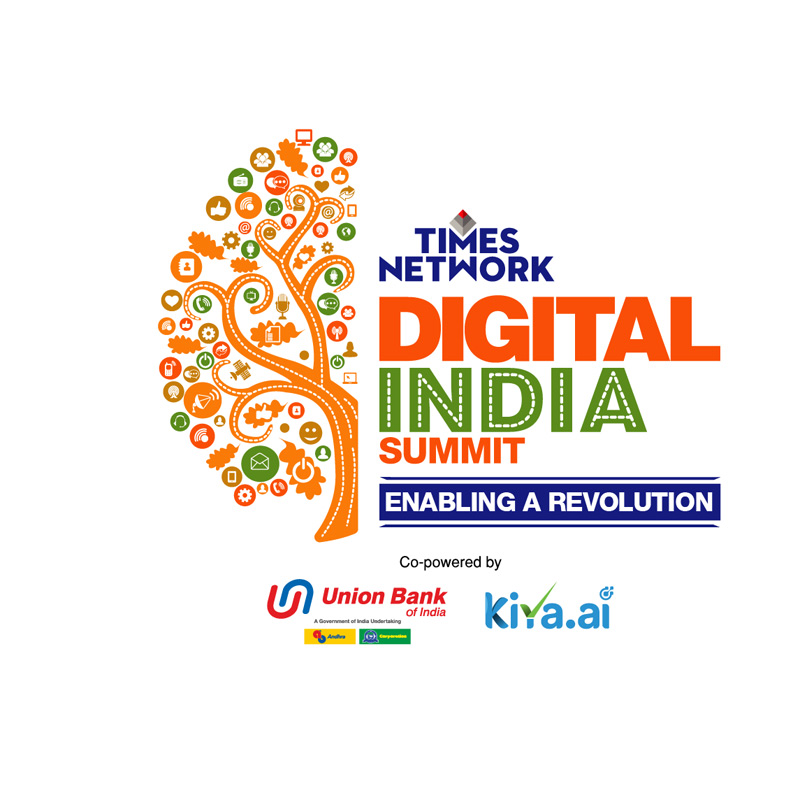 The event is supported by the Union Bank of India and Kiya ai as ‘co-powered by’ sponsor and WeWork as ‘associate’ partner.

DIS throws the spotlight on fast-tracking India’s digitisation by bringing together the torchbearers of the digital universe to discuss ideas and strategies which will facilitate India’s digital transformation and strengthen its global dominance in technology.

The summit will address a wide spectrum of topics including enabling India’s financial inclusion digitally, benefitting from new normal, role of data security and data centre in the next decade, transforming India’s healthcare through digitisation and more.

The summit will launch with an exclusive interview with MoS, electronics and IT Rajeev Chandrasekhar and will also witness participation from thought leaders, influencers and digital revolutionaries including Union Bank of India MD and CEO Rajkiran Rai G.

“Digital India Summit was instituted to foster and cheer a digitally empowered India,” said Times Network MD and CEO MK Anand. “It is heartening to see that over the course of the last six years, the platform has ably contributed in advancing India’s digital journey. Steering this vision, the 7th edition of Digital India Summit is engaged with a purpose to accelerate India’s global dominance in technology and digitization.  I am confident that this leadership platform will enable actionable ideas and strategies with the domain’s thought leaders and innovators to achieve the same.”

“It is an honour and privilege to be part of Digital India Summit. Our main goal is a $1 trillion digital economy that has a number of parts that are at the early stage of work in progress,” said MoS, skill development and entrepreneurship and electronics and IT Rajeev Chandrasekhar. “The Prime Minister has called it the Techade and it is absolutely a correct characterisation because in the next 10 years, our economy can be significantly catalysed by the digital economy. Today when we see startups and young entrepreneurs, you can see that they are confident about what they are doing and they are very confident about the future that they are going to be a part of and to me, that is the biggest thing that has come out of the pandemic. This is what is very different for 2022 than what it was in the past that we hold in our hands the cards that are stacked in our favour. it is now for us to execute and deliver what the universe is offering us as an opportunity.”