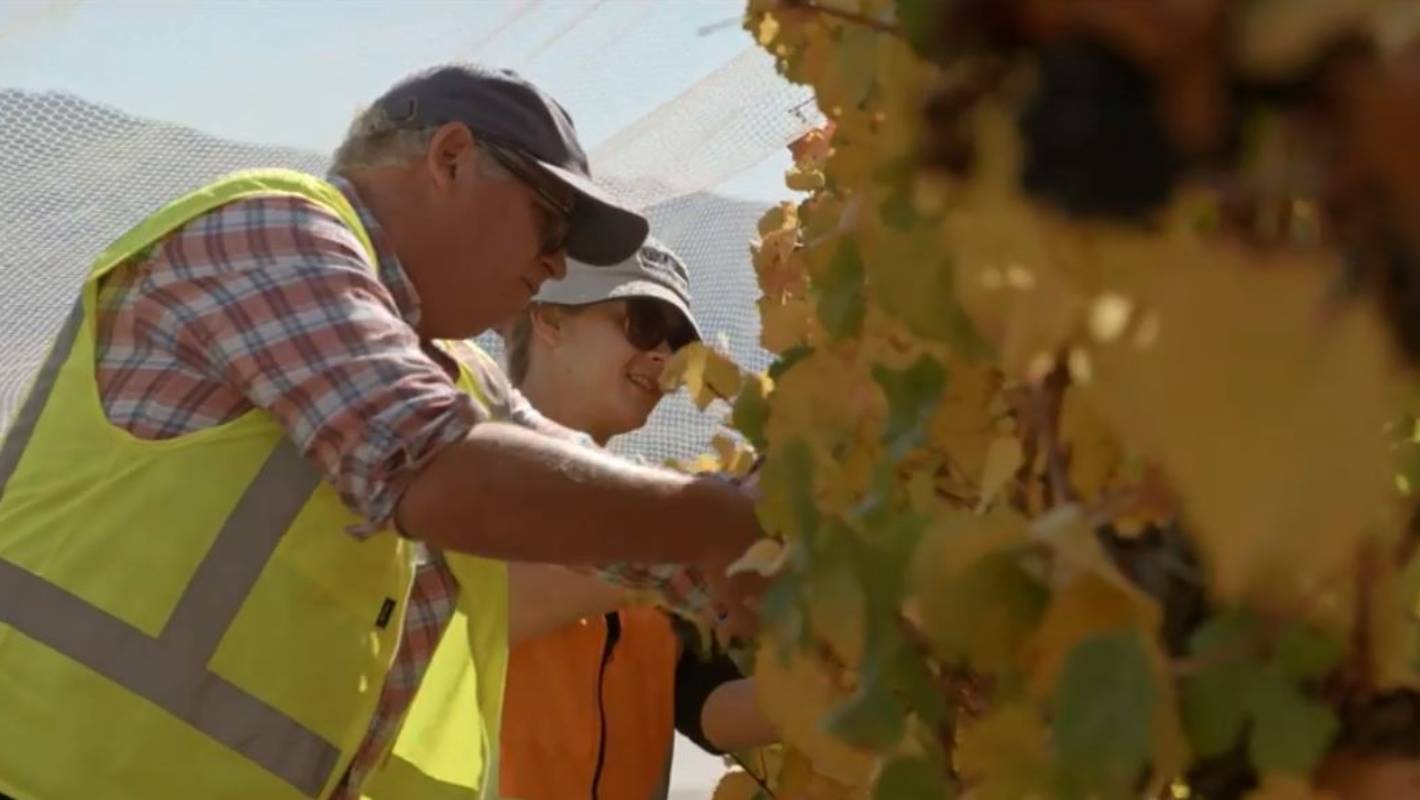 In Tipping Point, a six-part video series available to watch exclusively on Stuff, chef and entrepreneur Al Brown learns to make and market his own brand of wine, finding inspiration from Kiwi businesses and charities along the way. Anya Truong-George watched episode five.

Taste in wine is subjective, but something everyone seems to agree on is that nothing beats a Central Otago pinot noir. But what makes this region’s wine so universally loved?

Al Brown heads to Bendigo in Central Otago to talk to Jeff Sinnott from Constellation Wines about everything pinot noir.

“And we’ve had a very rapid rise in quality over the last 30 years.”

Brown learns that Central Otago’s long daylight hours with plenty of sunshine and cooler nights creates the ideal environment for pinot’s flavours and colours to develop.

It’s a taste and hue that can’t be replicated anywhere else, Sinnott explains.

Producing a great pinot noir involves making the most of what your vineyard’s environment has to offer, he says.

“No one can replicate this piece of land.

“We can mimic each other’s practices, but no one has got this paddock but us. And so, the pinot that we want to make reflects this paddock … and that, I think, is fundamental to producing great pinot.”

READ MORE:
* Tipping Point: When being a Kiwi is an advantage
* Tipping Point: Al Brown learns to blend his first rosé
* Al Brown falls in love with bees as he prepares to make his first chardonnay
* New video series takes Kiwis along with Al Brown on his wine-making journey

Following a quick chat to grape picker Iveta Myroniukova about what to look out for when harvesting pinot noir, Brown meets with Tamsin Orr-Walker from The Kea Conservation Trust, the group that works to protect and advocate for the cheeky mountain parrots.

With only an estimated 3000-7000 kea left in the wild, Orr-Walker says many Kiwis are unaware the species is endangered, largely due to habitat loss and the 100-year-long bounty put on kea that saw 150,000 killed.

Finishing with a reminder that sales of his wine will benefit Kea Conservation, Brown heads to Auckland where he talks to radio and TV personality Leigh Hart about the “ingenious branding” of his beer and chip brands.

Wakachangi beer and Snackachangi chips came about quite organically, says Hart, with the idea of “bottling” an attitude that was already resonating with the audiences of some of his most popular TV shows.

Just as Brown will be launching into an already saturated wine market, Hart entered the crowded beer and chip market and made a splash. So why did he choose this path rather than a more niche product?

“There’s more chance of bringing in a product that’s established, but with your own brand and new attitude, than a brand new product that no one really wants,” Hart tells Brown.

“You just gotta go with your gut instinct because 90 per cent of the time it’ll be right.”