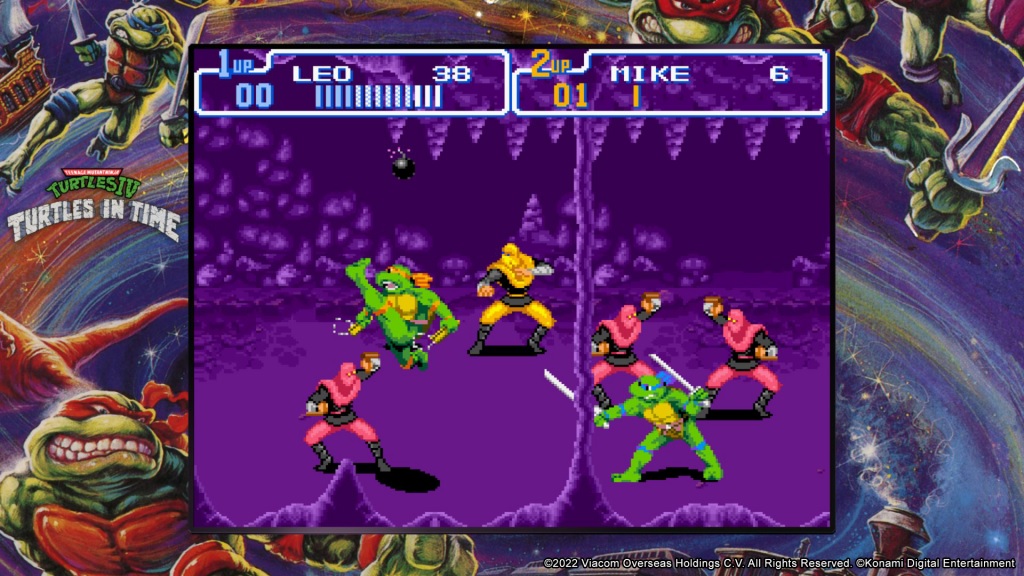 2022 is the year of the turtle, apparently. We’ve already had the beat-em-up Shredder’s Revenge, and now Konami has announced that the Cowabunga Collection launches on August 30.

The Cowabunga Collection is, as the name suggests, a collection of 13 previously released TMNT titles. The selection includes games from the franchise’s 8-bit and 16-bit era, from arcades and four different consoles. Here’s the complete list of games on the collection’s Steam page:

Konami first revealed the collection at during a PlayStation State of Play show earlier this year. However, the game is launching on all consoles, including Xbox Series X/S, Xbox One, Switch, PS5, and PS4. It’s also launching on PC via Steam.