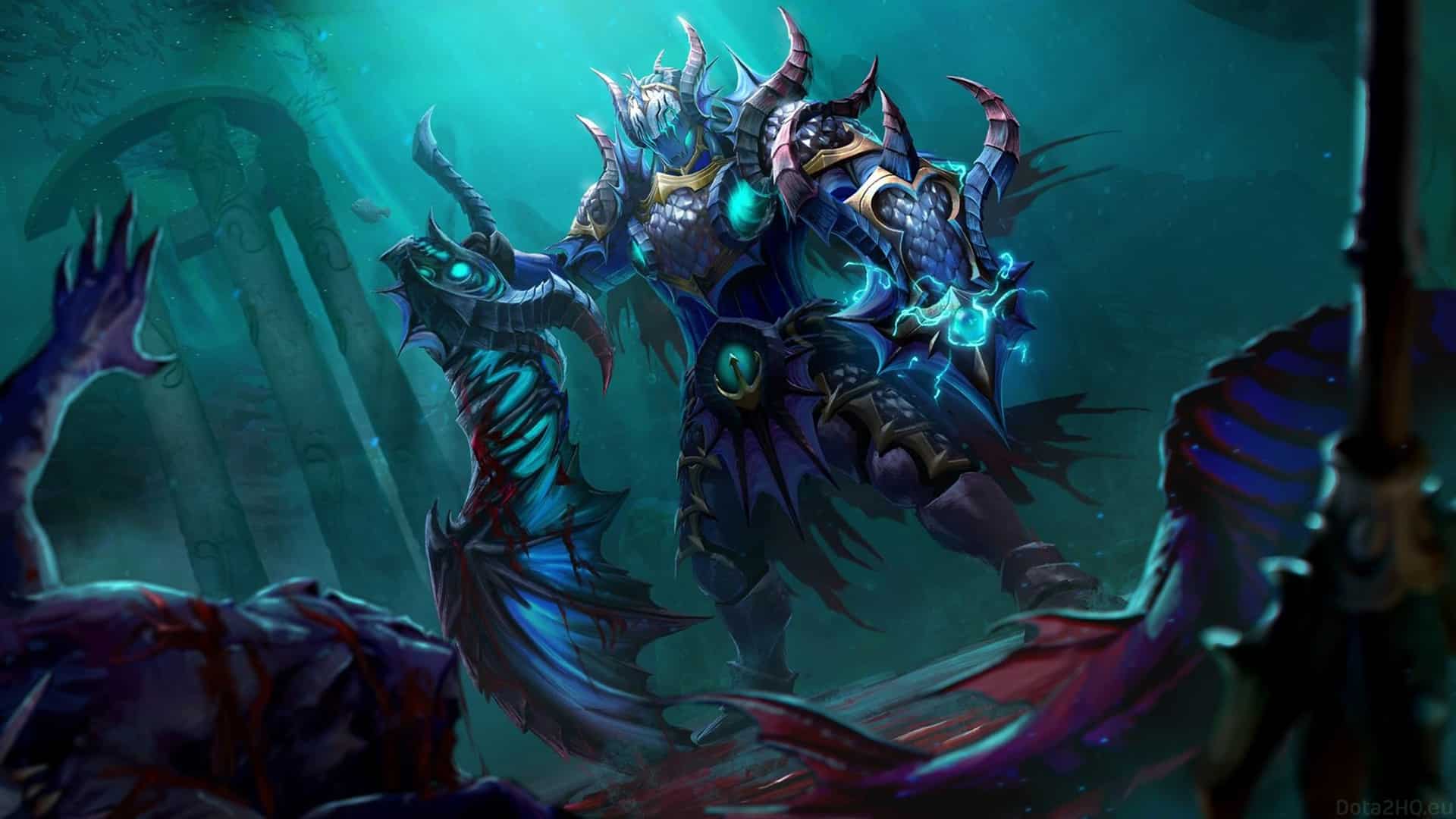 Take a look at the top 5 Strength heroes in 7.32 that you can choose to win more battles in Dota 2.

Strength heroes play an undeniable role in securing your victory in the game. From Omniknight to Abaddon, Strength heroes are excellent at getting a battle started. These durable heroes can tank a massive amount of damage and taunt the enemy heroes to strike them first before anyone else. The latest changes made to these Strength heroes in Dota 2 make them a crucial part of your strategy to succeed against your opponents. Old-school Dota 2 players may remember the days when Sven was among the strongest carries in the game. He was also the go-to support for a couple of patches, but in the end, pro and casual players decided to focus on other options. However, judging from the recent Dota 2 update and patch 7.32, it seems like the hero is back.

A quick overview of the patch notes reveals that Sven is among the few Dota 2 heroes that received multiple buffs. For starters, his base HP regen is now 0.75 instead of 0.25. This may not seem a lot, but it will help him in the landing stage, especially against some of the more annoying offlaners.

Storm Hammer, Sven’s signature ability, also received an interesting change. Getting a Scepter allows you to add an autocast, which means that seven no longer needs to travel with the hammer if he doesn’t want to.

Lastly, we have Sven’s big ultimate called God’s Strength. Even though the ability does not provide more damage than before. it has a 105/100/95s cooldown instead of 110 on all levels. Hence, Sven can use it more often than before. 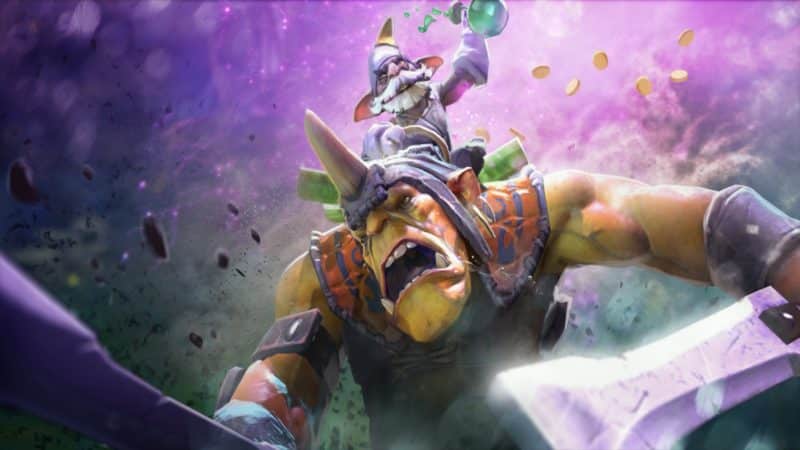 The Alchemist is a frequent farmer who can amass tons of gold in any lane. He is definitely a hero you want to choose to increase your GPM in Dota 2. The melee hero has been updated with a handful of changes in 7.32.

You can nuke waves of enemy creeps with Acid Spray to collect quick gold in the mid lane, safe lane, and the forest. Acid Spray can be used in a radius of 625 to deal 35 damage per second. The spell causes physical damage to all enemy creeps and reduces their armor. Acid Spray lasts for 16 seconds before being dispelled.

The 7.32 update has increased the armor reduction from Acid Spray that can be unlocked at level 10. You can also unlock an upgrade for Acid Spray at level 15 that allows you to provide bonus armor to your allies affected by the ability.

Greevil’s Greed is a passive ability that provides bonus gold to the Alchemist upon successfully killing enemy units. It grants 24 bonus gold per kill and also triples the gold collected from bounty runes.

The recent changes released for the Alchemist give the melee hero 1 damage per stack of Greevil’s Greed. It can be unlocked at level 15 from the Talent Tree. You can also decrease your base attack time while Chemical Rage is activated at level 20 in the game. Omniknight is a Strength hero capable of punishing his enemies and purifying his allies. He is known for being a valuable support player on the team. The Dota 2 community has made certain changes to Omniknight’s abilities that make him effective during team battles.

You can use Heavenly Grace during skirmishes to provide 20 HP regeneration and 38 Strength to your teammates. The HP regeneration rate and bonus Strength gained through Heavenly Grace can be amplified based on the number of debuffs dispelled by the ability. It can be increased to a maximum of 9 times by the time you reach level 20 in the game. It has a 10 second duration and a cooldown of 14 seconds. The latest updates for 7.32 allow Heavenly Grace to be cast on the Omniknight whenever he uses it on allies.

Guardian Angel, the ultimate ability of Omniknight, can be used to prevent your allies from taking physical damage in the game. It provides 40% Status Resistance to teammates and has 120 second cooldown. The duration of Guardian Angel has been decreased to 7 seconds in 7.32.

Slardar is a creature from the darkest oceans. His versatile skillsets make it nigh impossible to conquer him during the late game. The melee hero can initiate team fights and bash heroes with his furious strikes. The 7.32 update includes a few integral changes that can mold Slardar into a terrifying hero in Dota 2.

You can use Slithereen Crush to stun enemies in a 250 radius. It also slows the movement speed and attack speed by 35% for 6 seconds. The 7.32 update for Dota 2 has revealed that Slardar creates a puddle of water after using Slithereen Crush. The size of the puddle can be increased by equipping an Aghanim’s Scepter for Slardar. The Talent Tree also includes increased stun duration for Slithereen Crush when you reach level 10.

Bash of the Deep is an important passive ability of Slardar that deals bonus damage after every 3 strikes. It also stuns the hero for 1.3 seconds. The recent changes that have been introduced in 7.32 provide an additional 50 damage to Bash of the Deep that can be unlocked at level 15. 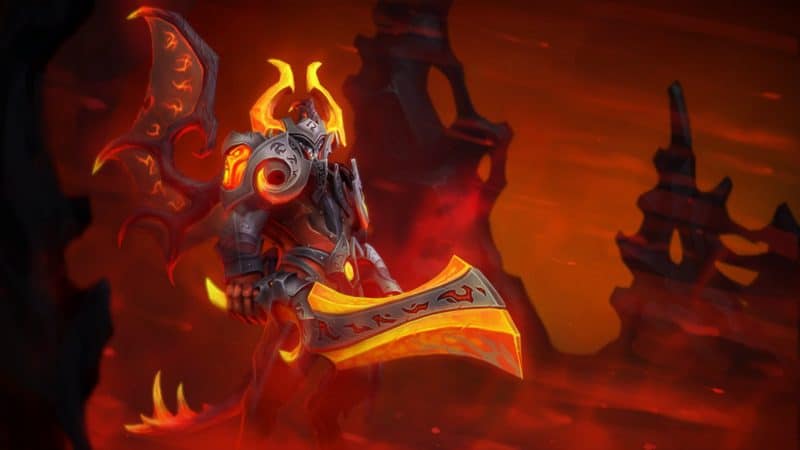 Doom is a vicious hero who can disable his enemies and scorch them to the ground. His base Agility has been increased from 11 to 15 in 7.32. He also gains 1.5 Agility per level in the new update for Dota 2. The increased Agility for Doom in 7.32 enables him to deal devastating damage to enemy heroes with his physical attacks.

The creeps consumed by Doom using Devour can no longer be dispelled upon death in the latest update. Devour also grants its users a 15% Magic Resistance. It can be unlocked at level 10 through the Talent Tree in 7.32.