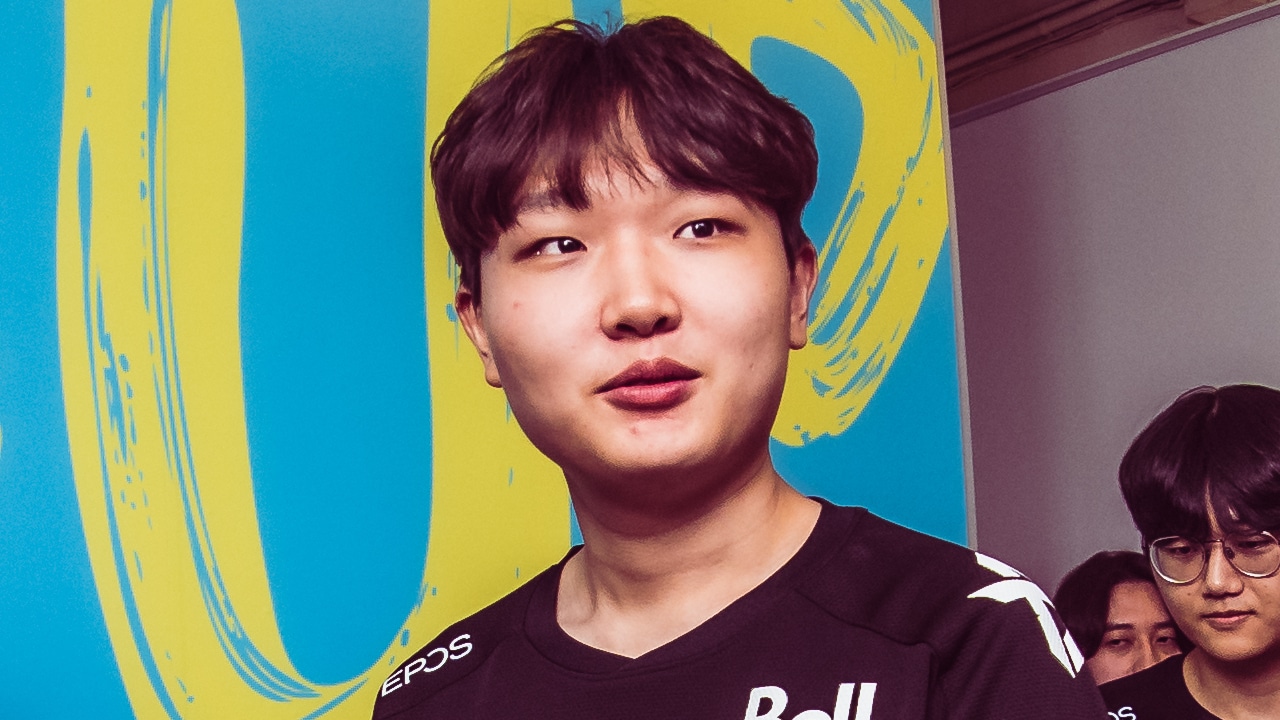 Hessu give insight on keys to the Toronto Defiant’s success.

After a win against the Vancouver Titans, Heesu talked with us about the current standings in the Overwatch League, and Toronto Defiant’s fan appreciation weekend.

In today’s match, you played against your former teammate Aspire (Luka Rolovich). What was it like being on the opposite side of the game from him for the first time in the Overwatch League?

“Even when he was with me at Defiant last year he was a great player, so it was actually quite unfortunate that I couldn’t play against him for one time, but it is great to see him against me on the opponent team, and its really great to see he’s popping off on another team as well because he has given me the impression that this player is a bit different from the others. Last year I saw him more as a rookie coming into the Overwatch League, but right now with all of his progress and impact play he proved his worth. I think he is probably someone we should watch out for.”

At the end of this game against the Vancouver Titans, Jaws on the broadcast said that you were typing things in chat like “you guys are so good”. Was that because you were surprised with how well they played today?

“I mean Vancouver is 0-12, on their record and we were quite confident in our metas that we were expecting us to win quite easily against them, but it was very different when we actually faced them at the match. We had a number of scrims against those teams that are fairly known as strong teams in the Overwatch League right now, and then we just had a very different layer of impression from the Vancouver Titans when we faced them so I guess we could say that Vancouver has a better understanding of the current meta right now compared to those known teams. I know that we made a lot of mistakes today as well, but considering our confidence and current meta I was very impressed and surprised, so I couldn’t stop myself from typing “you are too good” and that was more to Aspire than the team, but in general it was pretty impressive.”

You were awarded the Player of the Match for today’s match. This is certainly not the first time you’ve received this, but what do you think it is that you did in today’s match that earned you that title?

“I think it was generally because I put in a lot of damage in our Control maps today and showed some, I think, pretty amazing clutch plays, especially on Oasis. Remember that 99% vs. 99% that moment it was more like ‘who makes that clutch play’ to win the map. I made some kills with Sojourn and that kind of led to me receiving POTM today. I personally think it wasn’t a day for me to take one and I’m actually quite embarrassed with my unsatisfied stats playing DPS today.”

With the Sojourn and Ashe that we were talking about, it seems like the current meta is Junker Queen, Genji, Brigette, and Lucio. It seems like the second DPS is a little bit contested between teams and who they want to choose between Ashe and Sojourn. You were mostly playing Ashe during this match. Why Ashe over Sojourn?

“Before we headed into our practice for Summer Showdown qualifiers we did monitor the Contenders teams as well and we saw a majority of the teams utilizing Sojourn and Genji, so this is more of a group up comp with all five heroes playing around all together. More of like a dive only comp with a huge aggressiveness coming in. We were thinking is it really necessary to match up Sojourn vs. Sojourn when it’s a very highly aim based hero, and why don’t we just try to utilize the composition of the heroes throughout the map with new maps coming in like Paraiso, and kind of eat them up using Ashe’s dynamite and Bob etc. That was our theology, and then we thought that if this could actually work then we can play both aggressive and defensive towards many different comps. It worked for us and I think it fits us the best considering our playstyle.”

The standings are almost irrelevant with this whole new meta, or so it seems based on the games so far, and it looks like it’s anybody’s stage for the Summer Showdown. On what level do you place your team, Toronto Defiant, in this meta?

“I would definitely not put us in a low rank. I think we are one of the very top teams to qualify for Summer Showdown.”

Your following matches for the Summer Showdown are: Atlanta Reign, Dallas Fuel, Los Angeles Gladiators, Boston Uprising, and London Spitfire. With the Summer Showdown tournament being hosted in your home crowd, what is the plan to qualify despite that difficult lineup of teams?

“It’s definitely a very tough road down to the Summer Showdown and all of them are very strong teams in the league right now. I was actually hoping to meet a few of them in the early stage because strong teams are known to be strong not just because they are a perfect team from the very beginning, but they are actually quite good at picking up their mistakes and the strengths from other teams to make their own play out of it. I still think that we are pretty strong team in this meta right now, but you never know how our remaining opponents are going to improve by next week. I really think we should never stop and keep proving ourselves and then try to communicate a lot of in-game details to build those layers of detail so that we keep being ahead of the other teams.”

Against the previously named teams then, who do you think will be your toughest opponent?

“I would pick Dallas (Fuel) and (Los Angeles) Gladiators with lots of reasons. They are quite strong in the regular season and also in tournaments as well. In terms of what I’ve said before about what builds a strong team, they have good mechanics, they have a very good team synergy, and they give us the impression that they build stronger each week and they actually prove it. Those two were the teams that we really wanted to meet this week to kind of pop off when we are very strong at this meta right now, but we will see how it goes.”

This is the Toronto Defiant Fan Appreciation Weekend. Is there that you want to say to all of your fans out there rooting you guys on?

“Back in our very first free party that was our match against Washington and we lost so I felt really sad and sorry to them, but right after the match I was taking some air and then a fan just came to me and said “you still did well” and then I was actually able to get back up. We really appreciate all the fans supporting us, and honestly we have not proved our performance that everyone has expected for us. We are still behind by the end of the midseason, so it really means a lot to me that the fans still support us regardless of our performance. I’m feeling really, really fortunate that we won tonight and we were able to smile and greet all the fans after the match. I want to promise to our fans that Toronto Defiant’s Summer Showdown will be very different compared to previous tournaments that we had. Thank you everyone for supporting us and hopefully we’ll pay you back with amazing performances at Summer Showdown.

Heesu is confident in the ability of the Defiant to hang with this season’s “big dogs” being the Dallas Fuel and Los Angeles Gladiators. Since the win over the Titans, he has been proven correct by defeating the LA Gladiators, and winning a map off of the Fuel in their game that ended in a 1-3 loss. Still, with the Defiant at 3-1 in the stage so far, they look set to play in front of their home crowd in Toronto for the Summer Showdown tournament at the end of the stage. With most teams running Sojourn as their second DPS with Genji, it is interesting to see a team doing so well playing Ashe despite it being just about the only unusual pick we see. Toronto Defiant are onto something here this stage, and they seem to be ready to lock the second half of their season as their time to climb the ranks and get ready for the 2022 Overwatch League playoffs.