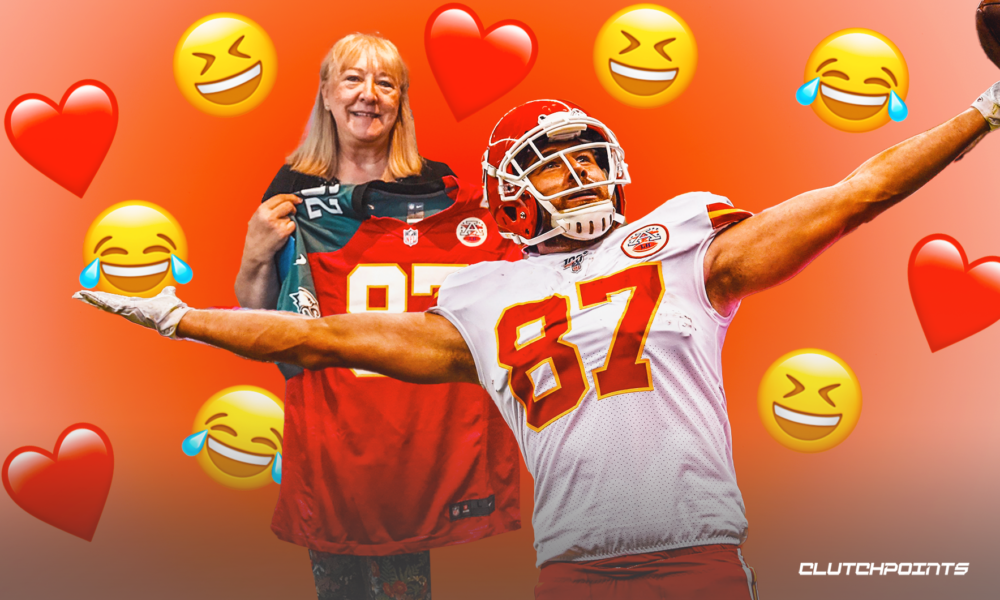 The Kansas City Chiefs found a way to win on Sunday night after demolishing the Pittsburgh Steelers 42-21. It was a great team performance as it seemed everyone was locked in from the very beginning. During the postgame press, Travis Kelce’s mother stopped by, making a cool moment for the Kelce family.

According to James Palmer, Travis Kelce’s mother made a surprise appearance at his post-game press conference. Not only was she able to watch her son and the Chiefs win on Sunday Night football and act as a sports journalist, but Donna Kelce also watched Jason Kelce play in the Philadelphia Eagles playoff matchup against the Tampa Bay Buccaneers.

Oh this is so good. Donna logged some miles today. She first was in Tampa to see Jason and the #eagles play the #bucs and then flew from there to KC to watch Travis and the #chiefs play the #steelers. Then capped it off by crashing the postgame press conference. #supermom https://t.co/4HPxopih6Y

What a busy day for Donna Kelce. Traveling from Tampa Bay to Kansas City to watch both of her sons participate in the NFL playoffs. However, with the Chiefs winning and the Eagles losing, only Travis Kelce advances to the next round of the postseason.

Travis Kelce had a game to remember. The Chiefs’ star tight end not only finished with 108 receiving yards and a touchdown, but he also threw his first career touchdown pass as well. Kansas City pulled all the tricks out of the bag to defeat the Steelers and Kelce was heavily involved in the game plan throughout the game.

Now, Travis Kelce’s mom will only have one game to make, as the Chiefs are set to take on the Buffalo Bills in the second round of the playoffs. We’ll see how this one plays out, but it should be a great game for the fans, as well as Donna Kelce. Maybe she’ll crash the post-game press conference again?