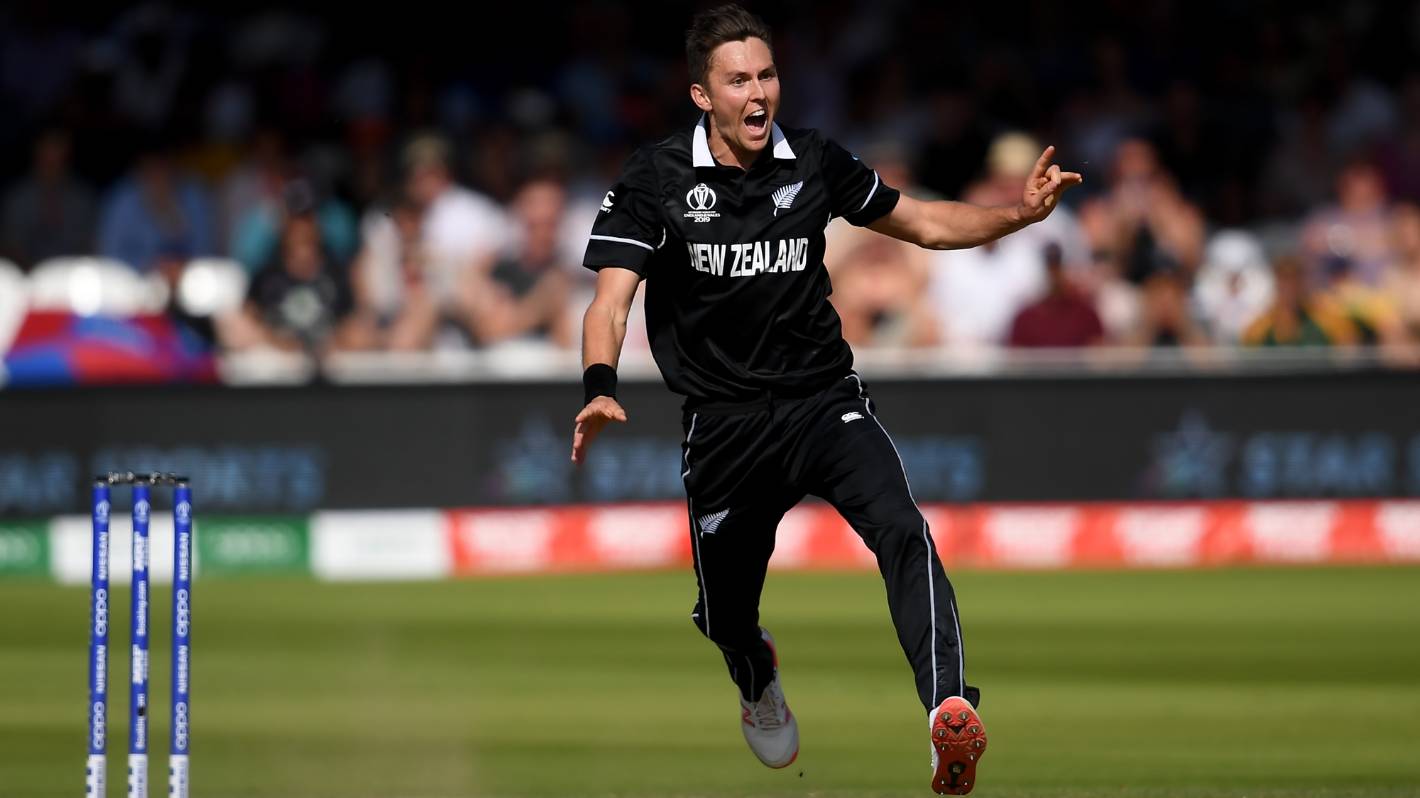 Trent Boult was taken as the third pick in the BBL by the Melbourne Stars.

Black Caps star Trent Boult has been selected by the Melbourne Stars as the third pick of the inaugural Big Bash League international draft.

Boult became available to play in the high-profile domestic Australian Twenty20 competition for the first time after being released earlier this month from his New Zealand Cricket contract.

Boult however is only available to play in half of the season as he will play in the UAE’s new International League T20 (ILT20) competition for the Mumbai Indians-owned MI Emirates team in early January.

England’s Liam Livingstone was the first pick of the draft by the Melbourne Renegades.

The Stars then originally selected legspinner Rashid Khan as the second pick but had to make a different choice after the Adelaide Strikers exercised their option to retain the Afghanistan star who has previously played for them in the competition.

Boult was named on Thursday morning as part of the Black Caps squad to meet Australia in the Chappell-Hadlee Trophy series against Australia in three one-day internationals in Cairns next month.

However, he isn’t likely to be called upon for New Zealand’s tour of Pakistan in December and January, when the Black Caps play two tests and three ODIs.

Former Black Caps white-ball opener Colin Munro was taken in the second round of the draft by the Brisbane Heat after starring in recent years with the Perth Scorchers while test allrounder Colin de Grandhomme was a surprise second-round pick by the Adelaide Strikers.

De Grandhomme hasn’t played since missing the latter stages of the first of three tests against England in June with a heel injury but is a contracted player with NZ Cricket so a question mark sits over his eligibility for the BBL, given the Black Caps will play two tests in Pakistan during the competition.

Current Black Caps white-ball allrounder Jimmy Neesham, who doesn’t have a NZ Cricket contract, wasn’t selected while Ross Taylor, who ended his international career for NZ in April, was also passed over by the eight domestic Australian franchises.