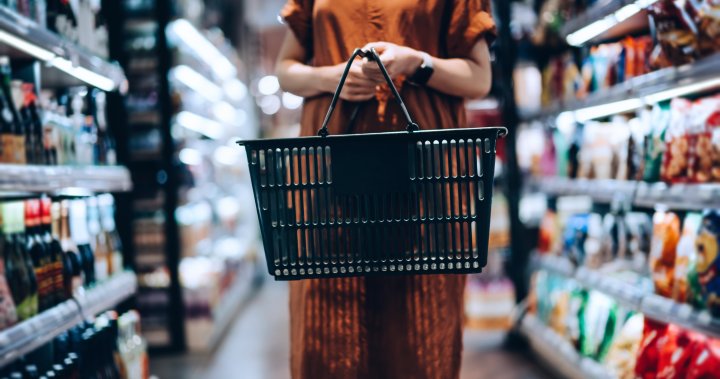 With groceries growing costlier and sky-high housing prices showing no sign of dropping, Canadians are laser-focused on the issue of affordability.

As Gov. Gen. Mary Simon read the speech from the throne detailing Prime Minister Justin Trudeau’s plans for his third Liberal mandate on Tuesday, she said that Canada “must keep tackling the rising cost of living.”

“To do that, the government’s plan includes two major priorities: housing and child care,” she said.

Read more:
Trudeau throne speech lays out vision for COVID-19 rebuild with ‘economy of the future’

The throne speech outlined the government’s promise to build more housing units per year, to increase affordable housing, and to end chronic homelessness, all through using programs like its proposed $4 billion Housing Accelerator Fund and its “more flexible” First-Time Home Buyer’s Incentive.

The government also promised to bring about a rent-to-own program, which the 2020 Liberal platform says will “help make it easier for renters to get on the path towards home ownership while renting.”

Finally, Trudeau’s speech promises to increase the Canada Child Benefit in line with the cost of living, and it pledges to continue to push for child care agreements with provinces and territories.

“Investing in affordable child care — just like housing — is not just good for families. It helps grow the entire economy,” the speech said.

By touching on affordability and cost of living, the government is zeroing in on a problem that has been top of mind for Canadians, according to a recent Ipsos poll.

That poll, released Sunday, found concerns about rising price tags on essentials like groceries and gas are now outranking issues like the COVID-19 pandemic, health care and housing as Canadians’ top concern.

The finding comes as inflation hit its highest rate since 2003 last month — a whopping 4.7 per cent. The climbing costs have forced consumers of every age, income and political creed to spend more to fill up their tanks and grocery carts.

Canada’s average national home price has also risen 32 per cent between July 2019 and July 2021, according to data from the Canadian Real Estate Association.

“What’s been happening in terms of public opinion, especially since the election, is things have been moving very fast. And what they’ve been moving very fast around, is the issue of inflation and cost of living,” said Darrell Bricker, CEO of Ipsos, in an interview with Global News ahead of the throne speech.

“(It was) talked a little bit about during the course of the campaign, but it shot up like a rocket over the space of the last couple of months.”

5:50
Getting your finances in order as cost of living soars

When it comes to tackling these hot button issues, however, Tuesday’s speech fell short for Ian Lee, an associate professor in the Sprott School of Business at Carleton University.

“The fundamental problem in Canada is that there’s an imbalance between (housing) supply and demand,” he said

“I don’t believe that what they proposed in the plan is going to address the problem.”

As for affordable childcare, the second pillar of Trudeau’s affordability plan, Lee said it will help some Canadians — but it won’t fix the ballooning cost of living or force down inflation significantly.

“The idea that this is going to fundamentally solve inflation, or address, in a major way, inflation is nonsense because most people don’t access daycare, even if this proposal solves the daycare crisis for everybody,” Lee said.

The pandemic is what caused the spike in inflation, according to Lee, but he argued that government benefits may have slightly exacerbated the issue.

When individuals started receiving pandemic benefits like CERB, which in some cases was more than the income from the job they had lost, it “disrupted the labour markets,” Lee said.

“It also pumped an awful lot of money into the system, chasing what were now scarce, more scarce, goods because of the disruptions caused by the pandemic,” he said.

“And that’s a classic recipe for inflation. You have too much money and too few goods.”

Lee wasn’t the only critic of the throne speech’s promises for tackling cost of living and affordability issues. Speaking to reporters after the speech was delivered, Conservative Leader Erin O’Toole said he wanted to hear something more concrete from the government.

“Today, we heard more of the same from the Trudeau government,” he told reporters after hearing the speech.

“What we didn’t hear was a plan for the economy, a plan to tackle the cost of living crisis.”

NDP Leader Jagmeet Singh also criticized the affordability proposals in the throne speech, arguing that the speech “does not respond to the urgency of the crises that we’re up against.”

As for Bloc Quebecois Leader Yves-Francois Blanchet, he said his party “will live with this empty piece of paper gently read in three languages.”