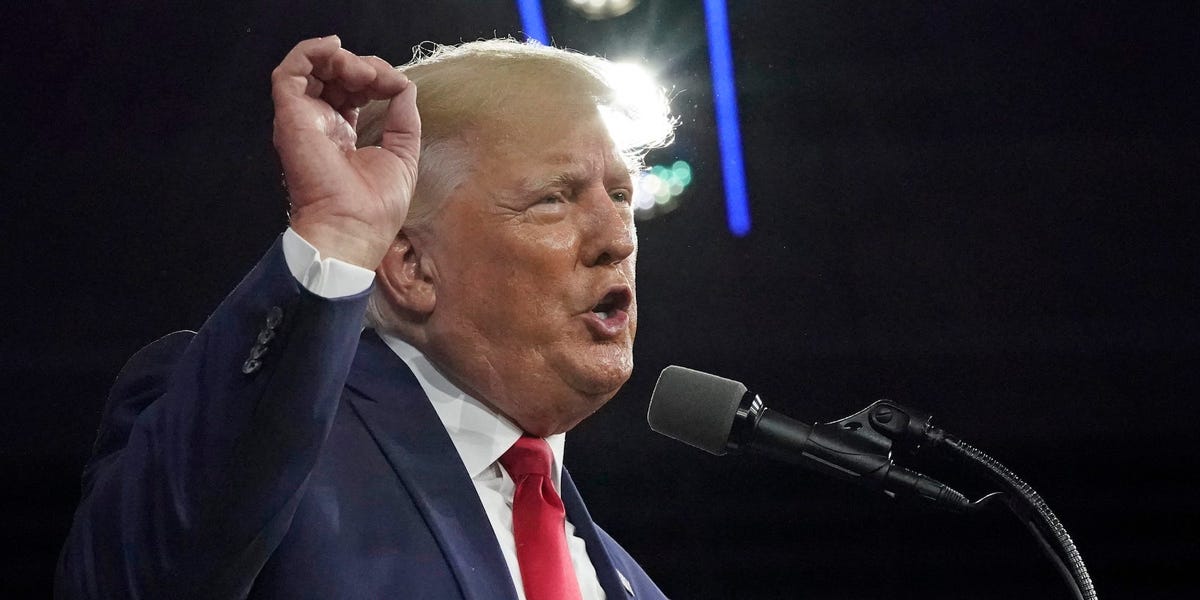 Embattled former President Donald Trump repeatedly signaled to attendees at the Conservative Political Action Conference in Orlando, Florida, that he was running again during his speech Saturday night.

“We did it twice. And we’ll do it again,” he boasted at one point.

Trump also alluded to his wife Melania as ‘the future first lady” and repeatedly referred to a nebulous agenda “we” would pursue once Republicans reclaim power.

“We are a long way from being done,” he told those packed into a chilly ballroom at the Rosen Shingle Creek golf resort.

Along the way, Trump praised scandal-plagued GOP Reps. Matt Gaetz of Florida, who is under federal investigation for potential sex trafficking, and Marjorie Taylor of Greene of Georgia, who spent Saturday trying to contain the fallout from her surprise appearance Friday night at a white nationalist event organized by alt-right figure Nick Fuentes.

Trump also gave shout-outs to GOP Sens. Rick Scott of Florida, Bill Hagerty of Tennessee, and John Kennedy of Louisiana, all of whom spent part of the weekend making MAGA-friendly speeches at CPAC.

The crowd erupted when they heard Kennedy’s name, prompting Trump to congratulate the first-term lawmaker before slipping in a verbal jab against delegation mate Sen. Bill Cassidy.

The CPAC crowd, delighted to have him back in his element, lapped it up and dutifully played along. They booed loudly when Trump brought up McConnell. They chanted “Lock her up!” when Trump mentioned 2016 Democratic hopeful Hillary Clinton.

And the whole room cheered  “U-S-A!” after Trump dropped the “I stand as the only president of the 21st century on whose watch Russia did not invade another country” line about the war unfolding in Ukraine.