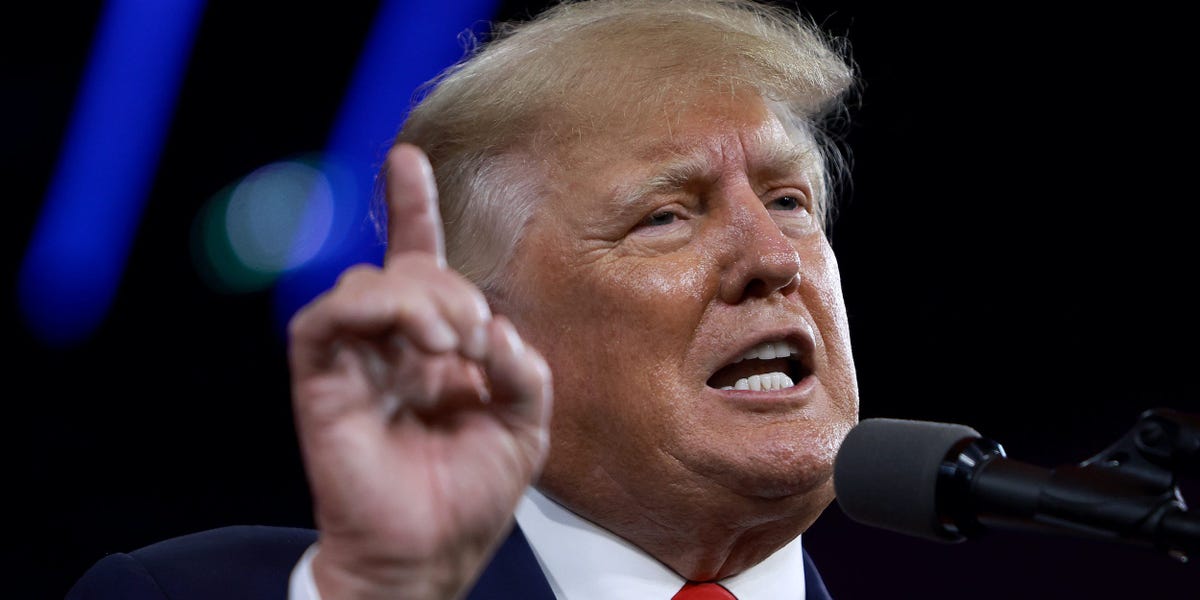 ORLANDO, Florida — Former President Donald Trump is the easy favorite for the Republican nomination to the White House in 2024, shows a new straw poll held during the Conservative Political Action Conference.

But the poll also finds that Florida Gov. Ron DeSantis is gaining ground. Both men spoke at CPAC this weekend with Republicans and Democrats alike curious about any signs of tension between the two. Neither Republican mentioned each other during public remarks.

Florida Gov. Ron DeSantis came in a distant second in the new survey, at 28%. Still, his support was up from his 21% standing in CPAC’s 2021 straw polls in Orlando. He narrowed his score against Trump by 3 percentage points.

Next in line was former Secretary of State Mike Pompeo, who earned 2% of the vote. None of the other 19 names listed — from GOP Sens. Rand Paul of Kentucky to Ted Cruz of Texas — rose above 1% support.

“Trump is stout with conservatives,” Matt Schlapp, who chairs the American Conservative Union that organizes CPAC, told Insider in an interview. “If people ever had concerns, those long ago faded away. They love what he did. And if he ran again they would be with him.”

If Trump doesn’t run, DeSantis is the overwhelming favorite, the straw poll finds. A total of 61% of attendees picked DeSantis as their favorite for 2024. That’s an increase from 43% last year.

DeSantis is up for re-election in Florida and hasn’t said he’s running for president, but his high-profile battles with the Biden administration and regular appearances on Fox News have plenty of political operatives speculating that he has the White House in his sights.

CPAC attendees took the survey from an app on their phones between February 24 to February 27. A total of 2,574 people participated.

CPAC is a massive gathering of conservatives and the attendees are overwhelmingly pro-Trump. Many wore MAGA-themed flair at the annual gathering, held at the Rosen Shingle Creek hotel.

The survey isn’t scientific and isn’t necessarily a good predictor for the future. In 2016, for instance, Cruz was the favorite in the CPAC straw poll but then Trump went on to secure the nomination.

Trump maintains a loyal, enthusiastic base that unsettles even some of the most traditional Republicans in Congress. Since leaving the White House, he has maintained a robust political operation and continues to conduct campaign-style rallies across the country. The broad consensus is that if Trump runs for president in 2024, he’ll definitely lock up the GOP nomination.

Trump strongly hinted at another White House run during his speech Saturday evening.