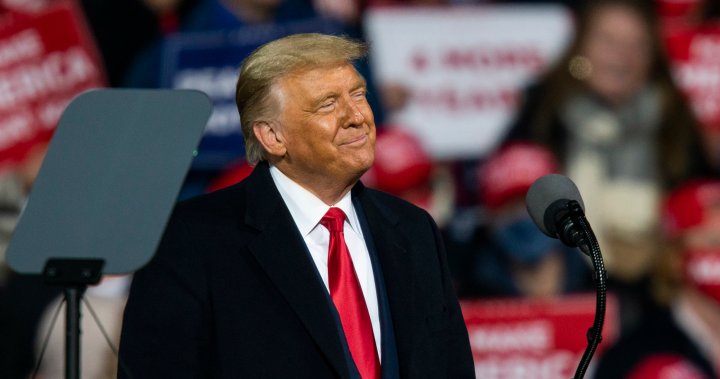 Former Republican President Donald Trump’s recent comments touting COVID-19 vaccines as safe and a major achievement of his presidency have roiled extreme anti-vaxers, which include many of his ardent supporters.

After months of a relatively low profile on vaccines and no photos of him getting inoculated, Trump on Dec. 19 told former Fox News host Bill O’Reilly during an event in Dallas that he’d received the booster – eliciting some boos from the audience.

In an interview with right-wing pundit Candace Owens released two days later, Trump pushed back when Owens suggested the shots were not safe.

“Oh no, the vaccine works,” Trump interrupted Owens, who said she was not vaccinated. “The ones that get very sick and go to the hospital are the ones that don’t take the vaccine.”

While in both cases Trump stressed that he is against Democratic President Joe Biden’s vaccine mandates, his comments have stoked rare criticism from anti-vaccine activists and some supporters.

The controversy highlights the balancing act Trump might face in a potential 2024 presidential run: He will have to energize his base, for many of whom opposition to vaccines has become a rallying cry, without repelling moderate suburbanites.

Conspiracy theorist and radio host Alex Jones said on his talk show that by touting the vaccine, Trump was either “completely ignorant” or “one of the most evil men who has ever lived.” He said it was time “to move on” from Trump and also threatened to “dish all the dirt” on the former president.

Radio host Wayne Allyn Root, a staunch Trump supporter, said the former president was “right on everything” except the vaccines, and needed an “intervention.” In a statement to Reuters, Root stressed he would always be a Trump supporter and that by “intervention” he simply meant a chance to convince Trump to “alter” his message.

0:49
Trump says he recommends to supporters to get the COVID-19 vaccine

A spokesperson told Reuters that Trump stands by his administration’s “tremendous contributions to ending this pandemic”. There was no immediate reply to requests for comments from representatives for Jones or Owens.

On right-wing social media groups, some Trump voters argued that he is acting strategically to keep hostile media at bay. Others, however, professed dismay.

“I no longer can support him,” Daniel McLean, 42, who works in the cannabis industry in Oregon, said in an interview.

McLean said he had steadily grown disappointed with what he views as Trump’s embrace of the political establishment. The pro-vaccine comments were a tipping point, added McLean, who said he was not inoculated and repeated debunked theories about thousands of people dying from the shots.

Trump urges supporters to get coronavirus vaccine, but adds ‘we have our freedoms’

Republicans and Republican-leaning independents now account for 60% of unvaccinated adult Americans, according to a Kaiser Family Foundation analysis.

That makes Trump’s comments all the more surprising, said Republican Martin Hyde, who is running as a challenger to Florida Congressman Vern Buchanan in the 2022 elections. “I don’t think that’s a message which will resonate with the base,” Hyde told Reuters.

Trump continues to have a near-iron grip on Republican voters.

Candidates in the 2022 midterm elections are vying for his endorsements; he is the clear favorite for the 2024 presidential race; and he is preparing to launch a social media site that has reportedly entered into agreements to raise about $1 billion.

“I’m with Trump all the way,” wrote a user under the name Crockett on a Telegram app chat about Trump’s vaccine comments. “Trump knows things we don’t.”

There is no polling yet to ascertain whether Trump’s vaccine comments have hurt his standing with the base.

Nicholas Valentino, a professor specializing in political psychology at the University of Michigan, said it is unlikely to create a serious rift.

“The more extreme faction in this group doesn’t have anywhere else to go politically,” said Valentino. McLean in Oregon, for instance, said he still prefers Trump over Biden.

Georgia Congresswoman Marjorie Taylor Greene, a key Trump ally, on Monday appeared to try to smooth over the issue, urging supporters to focus on COVID-19 originating in China. “We should be holding those who made the virus accountable, not fighting one another,” she said on Twitter.

Still, Ron Filipkowski, a former federal prosecutor and Trump critic who monitors the extreme right, said Trump going out of his way to tout the vaccines has sent “shockwaves” through his base.

“A year ago, you would never hear any dissent whatsoever among them,” said Filipkowski. “Now you’re at least hearing the grumbling and the griping. And that’s definitely new.”