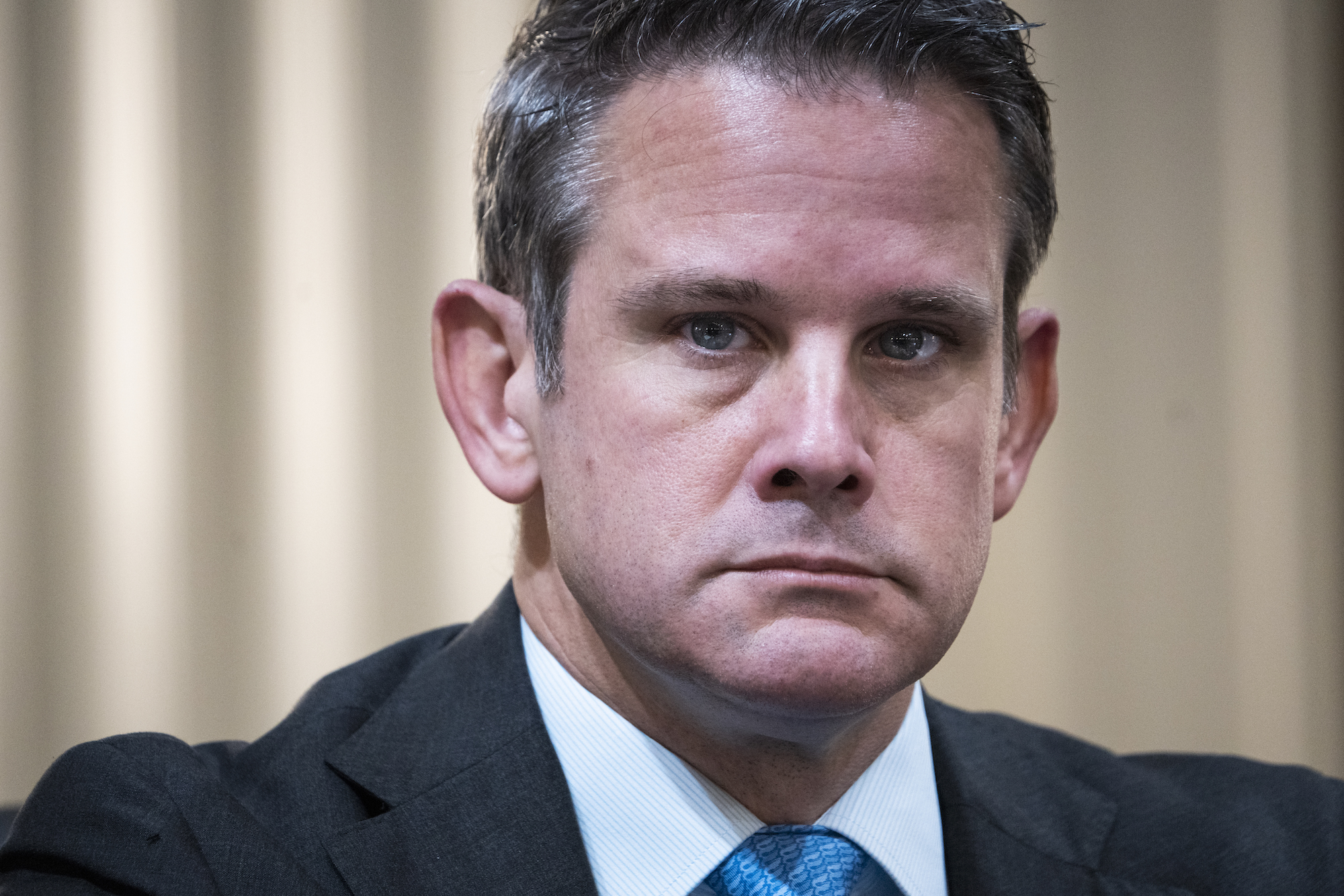 Kinzinger appeared on Sunday’s Meet the Press where host Chuck Todd asked whether the Department of Justice has enough evidence to charge the former president.

“I’m no expert in you know what it takes to indict somebody. You know, I’m a pilot. That’s about it, but knowing what I know, I look at this and I go, ‘Oh, my goodness,’” Kinzinger said, adding that if he or any member of Congress did something similar, “We’d be in real trouble.”

Kinzinger went on to call out his party’s hypocrisy for attacking Hillary Clinton over document security while also defending Trump. “We know of 180 [documents Trump took], plus what [the DOJ found] after this search. I mean, the hypocrisy of folks in my party that spent years chanting, ‘lock her up’ about Hillary Clinton because of some deleted emails or quote unquote wiping a server are now out there defending a man who very clearly did not take the national security of the United States to heart. It will be up to DOJ whether or not that reaches the level of indictment, but this is disgusting in my mind. And no president should act this way, obviously.”

The government has recovered upwards of 300 documents with classified markings that Trump took from the White House. And during a preliminary review of the 15 boxes of materials Trump kept at Mar-a-Lago, agents identified 184 unique documents with classified markings, some of which contained information obtained from “clandestine human sources,” such as a CIA officer or member of the Defense Intelligence Agency.

When Todd questioned Kinzinger about what charges the Justice Department might be seeking for Trump, and whether they would be more serious than just charging him with mishandling classified information, Kinzinger said, “That’s my perception.”

“Mishandling classified information is one thing, particularly if it was unintentional,” Kinzinger continued. “You know, if you accidentally did take something home, there may be consequences, but I think you look into the intentionality of that. … [Federal investigators] approached the president, the former president, with things that he had. He claimed he either didn’t have them or claimed he gave them up, any of those kinds of stuff, and we know he didn’t. There’s intentionality there.”

The congressman then called out members of his own party who blindly supported Trump but have “gone kind of silent” now that we know he took sensitive government information to his Florida resort.

“When you look at some of the president’s biggest, kind of, cheerleaders — Marjorie Taylor Greene, Jim Jordan — have gone kind of silent, that tells you all you need to know, too. Look, it’s like they’re basically sitting here saying, ‘You know, we didn’t start this fire’ and walking away, but you know, they obviously ignited it. They’re the ones that have sat there and told this president everything he did was right, everything he could do would be okay, and they defended him at the beginning of this.”

Kinzinger, one of only two Republicans sitting on the Jan. 6 committee, also hinted at what the panel will focus on in its upcoming hearings this fall: the Secret Service and how it deleted text messages, Trump’s actions (or inaction) on the day of the attack, and following the money.

“I think one of the more intriguing things is going to be some of the financing, some of the fundraising,” Kinzinger said. “The fact that you know, a vast majority of this money was raised under ‘Stop the Steal’ with no intention of doing anything to stop the so-called steal. It was all about just raising money, and people were abused that way.”