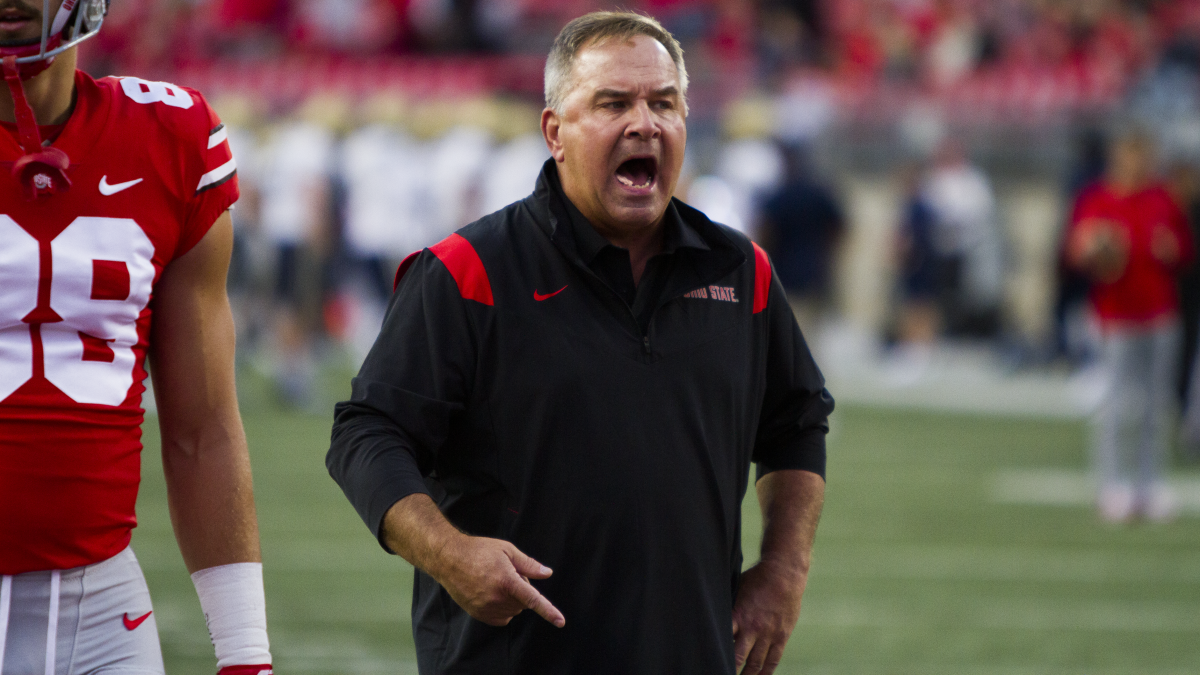 While Ohio State offensive coordinator and tight ends coach Kevin Wilson was officially introduced as the new head coach at Tulsa on Tuesday afternoon, he will remain with the Buckeyes through their College Football Playoff run.

“I’ll be working through, hopefully, an opportunity to play two games,” Wilson said at his introductory press conference. “I’m standing here because of the success of our team and I think it’s my obligation to finish up with that team and give that team a chance to chase a national championship.”

The move brings to mind former offensive coordinator Tom Herman, who accepted the head coaching job at American Athletic Conference program (Houston) in December 2014 but stayed with Ohio State on the way to the inaugural College Football Playoff National Championship.

Similarly, the Buckeyes were the fourth-ranked team in the country at the time, knocking off No. 1 Alabama and No. 2 Oregon on the way to the title. They’ll face No. 1 Georgia in the Peach Bowl on Dec. 31 and could face No. 2 Michigan or No. 3 TCU in the championship with a win.

Wilson, who got emotional when talking about his soon-to-be former players at Ohio State, plans to be part of as much bowl preparation as he can be in Columbus. He will be recruiting solely for Tulsa moving forward, but was doing so on behalf of the Buckeyes until he accepted the job on Monday.

“The plan would be, as we get past the bowl scenario, is to be working full throttle here,” Wilson said. “Hopefully, we plan on playing a game Jan. 9 … You want to teach your children (and) your players how to finish. I thank the administration at both places for giving me a chance to finish and do my darnedest to be a part of it.”

Get your Ohio State football and basketball tickets from SI Tickets. Also, be sure to check out our new message boards, Buckeye Forums. We’d love to have you part of the conversation during the season.

Be sure to stay locked into BuckeyesNow all the time!