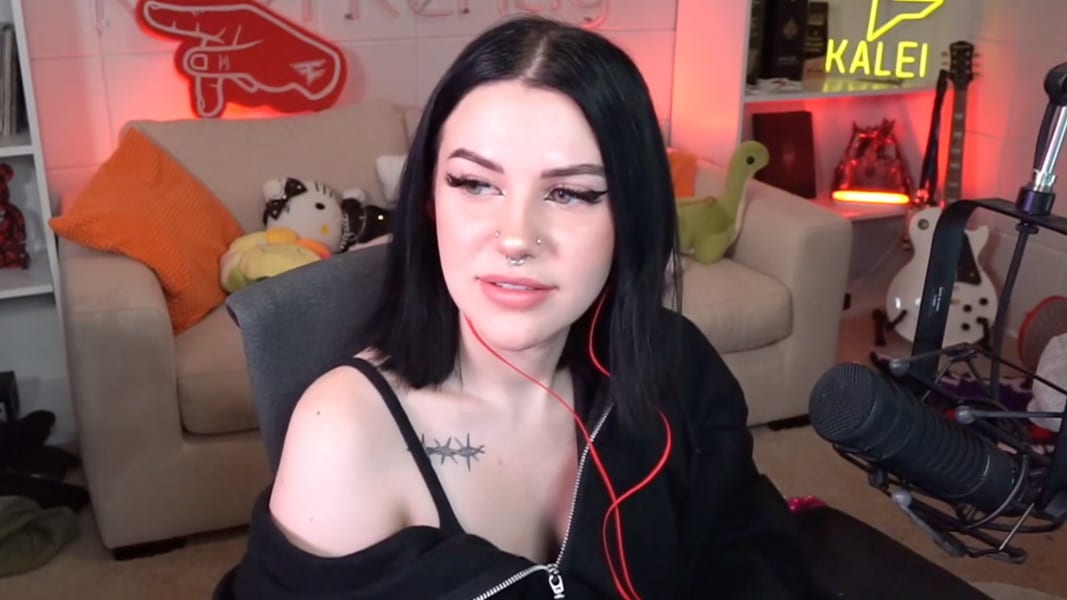 FaZe Clan streamer Kalei Renay has joked that she “hates the internet” after streaming platform Twitch removed one of her stream’s emotes, with fans echoing the criticism of the Amazon-owned company.

Emotes form a big part of Twitch streams and their respective identities, with prominent creators boasting unique emotes so a host of streaming moments can be responded to accordingly by viewers.

FaZe Kalei’s streams are no different, with the 22-year-old’s thousands of subscribers indulging in her channel-specific emotes whenever the mood takes them.

However, following Twitch-instigated changes on July 30, Kalei saw a long-term emote, the ‘KaleiL’, removed from her stream.

The emote, which features a teddy bear forming the classic ‘L’ pose on its forehead, is reminiscent of Fortnite’s infamous ‘Take the L’ dance and has been used by viewers for some time in chat, often in response to a low moment where things haven’t gone to plan.

However, it has now been removed by Twitch. In a July 30 tweet stating she “hates the internet”, Kalei revealed the communication she received from the platform to confirm its removal.

The message reads: “Based on a review of its content, we have removed your emote ‘KaleiL’ from Twitch. Reason: Disallowed Content – Targeted insults, bullying and threatening or inciting abuse.”

They did not divulge further but linked to their ‘Subscriber Emote Guide‘, which outlines that any emotes deemed to contradict community guidelines will be removed.

Responses to Kalei’s tweet were largely critical, with many questioning how a light-hearted emote could constitute disallowed content.

One said: “That’s absolutely ridiculous. Think about how many millions of times people have typed “L” in chat. I guess they’re violating TOS, too.”

A host of prominent content creators also replied to question Twitch’s move, including ZLaner and AverageJonas.

A fellow Twitch streamer, ‘ThatOneBritt‘, replied to say that their ‘L’ emote had recently been removed too. It could well be that a change behind the scenes at Twitch is prompting a stronger stance on ‘L’ emotes across the entire platform, rather than being linked specifically to its use on Kalei’s channel.

Twitch have not commented beyond their communication to Kalei and likely won’t given they don’t comment publicly on strikes and punishment.