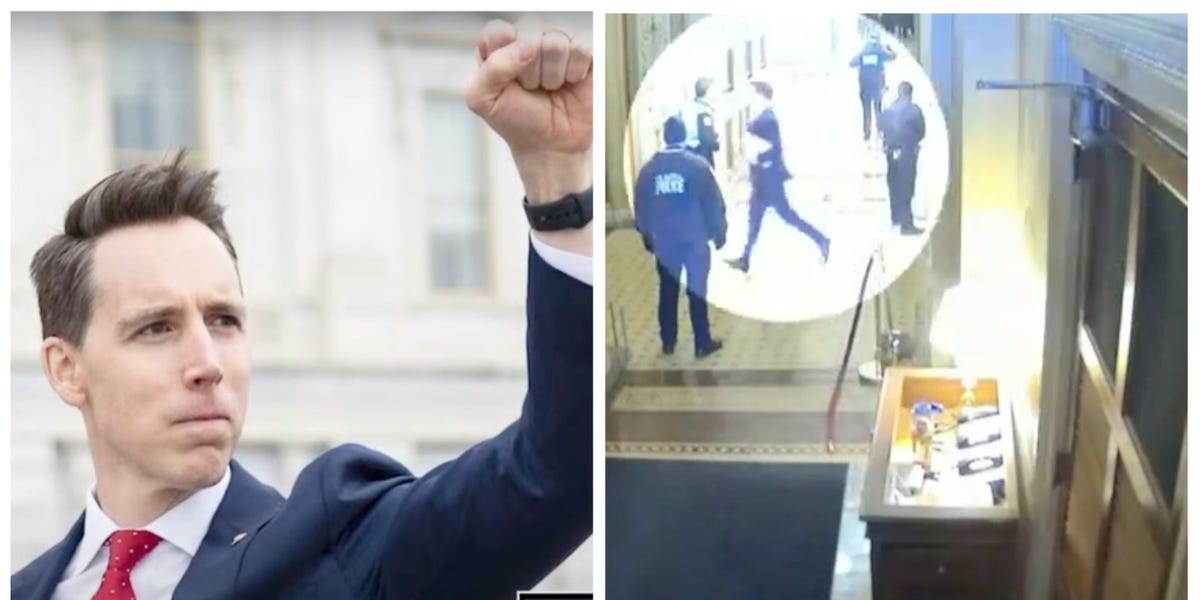 The committee showed the now-infamous photo of the Missouri Republican raising his fist in solidarity with protesters gathered outside security gates as he walked across the East front of the US Capitol from a safe space behind barriers.

Then, they showed a video of Hawley running away after the protesters he helped rile stormed the US Capitol.

That’s when the chicken, Forrest Gump and running gifs, including some set to music, fired up Twitter. Here are some reactions: