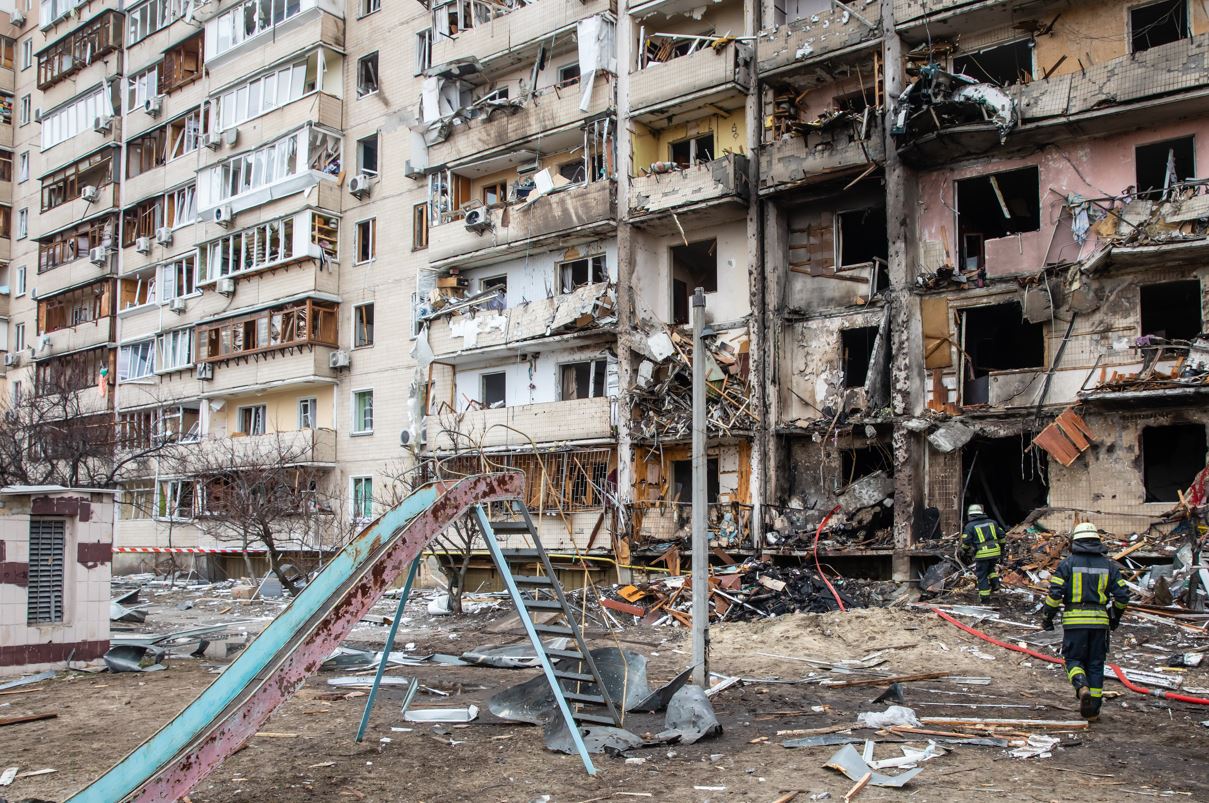 When most people picture traveling, they probably are picturing themselves sitting on a beach somewhere, escaping their worries. However, travel isn’t always about escaping the realities of the world; sometimes, it’s the opposite. For those brave enough to visit, Visit Ukraine now offers guided tours of cities that the Russian invasion has ravaged. While not your typical vacation, the tours are a sure way to open travelers’ eyes to the realities of war and see how Ukraine’s people live amid the conflict.

The situation in Ukraine is unstable and could change at any moment. For travelers interested in visiting, safety should be the top priority. According to Visit Ukraine, visitors should stick to relatively safe cities, including Uzhhorod, Chernivtsi, Lviv, Ternopil, and Ivano-Frankivsk. Kyiv is reportedly resuming “normal life” activities, but missile attacks remain a threat.

On the tour section of Visit Ukraine’s site, there is a section named “Brave Cities“, which includes nine different tours that each highlight some of the effects of the Russian invasion on Ukraine. With names like Strong and Invincible Bucha and Iprin, Indestructible Kharkiv, and Unconquered Mykolaiv, travelers can get a sense of the resilience of the local populace. Professional guides lead the tours and know relevant procedures in an emergency. It should be noted that the Mariupol Tour states “In the future we will invite you to visit the city of invincibility and heroism.” However, site users are able to book tour dates as early as the next day on site. None of the other tours mention this, and tours look to be operating. We reached out to Visit Ukraine about this particular tour and were told “Mariupol is an occupied territory, we cannot advise you.”

The tours are not for the faint of heart. Not simply because of the destruction you will witness, but the guides will also talk about stories from the invasion. Many of which are beyond some of our worst nightmares. During the Heroism of the Northern Capital Tour, visitors will witness the immensity of the destruction of the city and the surrounding suburbs. Only 40% of the suburbs were untouched by bombings, and many cultural heritage sites within the city suffered damage.

In Odessa, travelers will visit areas with destroyed civilian buildings, the reconstructed Odessa airport, and famous monuments. Statues and other historical infrastructure will have sandbags around them to protect them against bombings. Amid the destruction, visitors will also visit popular sites that are still intact such as the Potemkin Stairs, considered some of the most beautiful in Europe.

For obvious reasons, the State Department classifies Ukraine as a Level 4: Do Not Travel country. While U.S. citizens are not barred from traveling to the country, the government strongly recommends avoiding travel to Ukraine. For those who choose to ignore the travel warning, the State Department’s website recommends drafting a will before departure, having communication plans in place, making loved ones aware of your location at all times, having a contingency plan in case of an emergency, and enrolling their trip with the Smart Traveler Enrollment Program. For the complete list of travel safety recommendations, see the State Department’s site for high-risk area travelers.

Traveling to an area that is under an active invasion is not simple. As a result of the invasion, Ukraine is under martial law. As a result, Ukraine closed its airspace to civilians on February 24th, 2022. Many major countries that used to fly to Ukraine have issued their own flight bans to the country due to the conflict, and the FAA has forbidden any U.S. civilian aircraft from flying in the area. As a result, those traveling to Ukraine will have to fly to a neighboring country and proceed into Ukraine by ground transport.

Clearly, the safest option for traveling to Ukraine would be to avoid it entirely. However, for travelers who are intent on bearing witness to the destruction caused during the invasion, it is possible to visit. Safety should be the primary concern throughout their visit, and all local regulations should be followed.