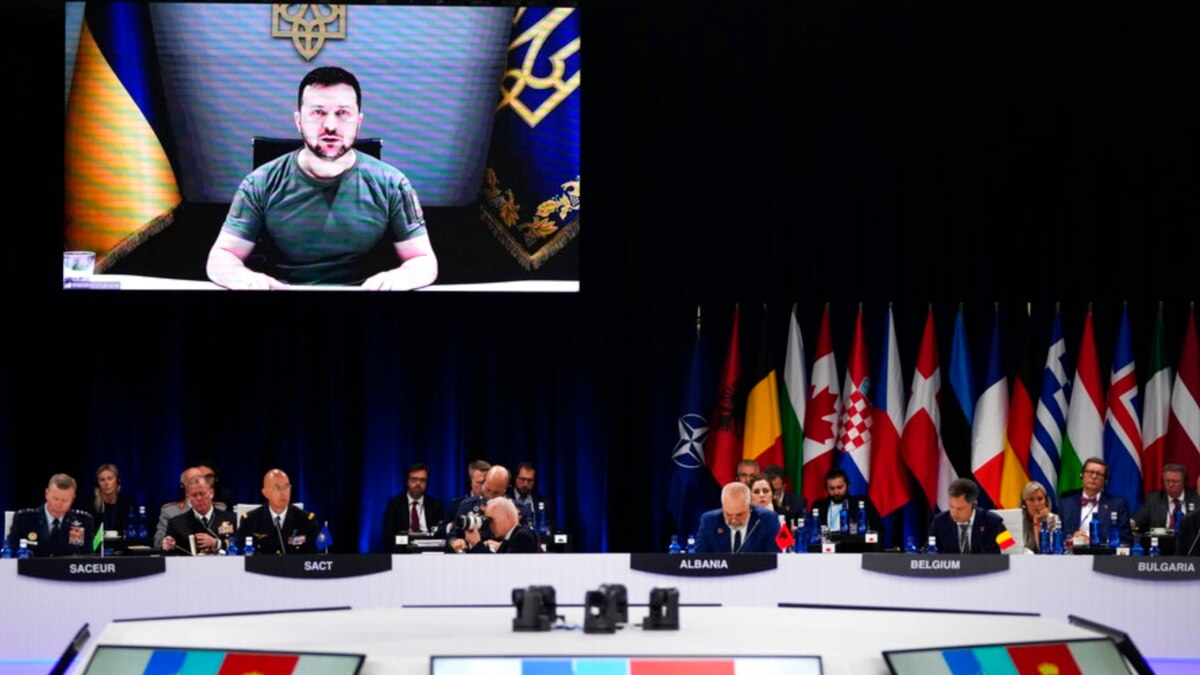 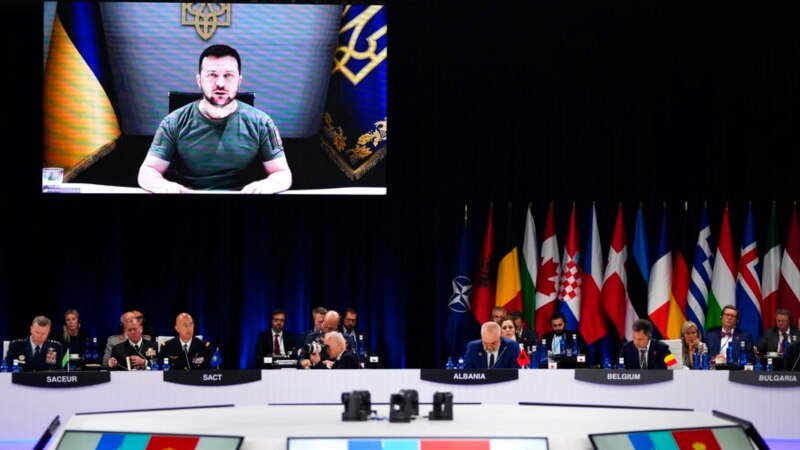 Ukrainian President Volodymyr Zelenskyy on Wednesday called Russia’s six-month war against his country “insane” and said the world has an interest in Ukraine’s security.

“Today, our country celebrates Independence Day, and now every one of you can see how much the world is dependent on our independence,” Zelenskyy told a meeting of the U.N. Security Council on the 31st anniversary of Ukraine’s independence from the former Soviet Union.

“It is on the territory of Ukraine that the world’s future is decided — whether we will have a future at all,” Zelenskyy said in a video address. “This is being decided also at the Zaporizhzhia nuclear power plant and in our seaports and the Donbas and in Crimea. Our independence is your security.”

Russia launched its invasion exactly six months ago, bombing Ukrainian cities, killing and injuring thousands of civilians and threatening nuclear security. The war’s impact also has caused global prices of food items, fertilizer and energy to skyrocket. The World Food Program says 47 million more people are acutely hungry due to the ripple effects of the war.

“Even now in the 21st century, you still have to fight to save tens of millions of people in different countries from this artificial hunger — artificial one — which was provoked by a single country with its insane aggression,” Zelenskyy said.

Before the war, Ukraine’s agriculture sector produced enough food to feed 400 million people worldwide. Since February, more than 20 million metric tons of grain has been stranded in silos and on ships that were blocked by Russia in the Black Sea.

A deal signed in Istanbul last month has allowed some relief, with nearly 770,000 metric tons of grains and other food products having sailed from three Ukrainian ports, but it is only a small fraction of what needs to reach the international market.

The Ukrainian president also warned that “Russia has put the world on the brink of a radiation catastrophe.”

Speaking of the area in and around the massive Zaporizhzhia nuclear power plant, which is under Russian control and has been the target of shelling in recent weeks, Zelenskyy said the Russians have turned the area into a war zone.

“The Zaporizhzhia nuclear power plant has six reactors. Only one reactor exploded in Chernobyl,” the president said of the 1986 nuclear accident in Ukraine. “The IAEA mission should take permanent control of the situation at the Zaporizhzhia nuclear plant as soon as possible, and Russia should unconditionally stop nuclear blackmail and completely withdraw from the station.”

Russia’s envoy, Vassily Nebenzia, put the blame on Ukraine, saying it is “Kyiv’s ongoing bombing of the Zaporizhzhia nuclear power plant which is putting Europe on the brink of a nuclear catastrophe.”

U.N. Secretary-General Antonio Guterres has proposed a demilitarized zone around the plant, but Russia has rejected the idea.

“The warning lights are flashing,” Guterres told the 15-nation Security Council. “Any actions that might endanger the physical integrity, safety or security of the nuclear plant are simply unacceptable. Any further escalation of the situation could lead to self-destruction.”

He said Zaporizhzhia’s security must be ensured and urged the parties to make a mission by the International Atomic Energy Agency happen as soon as possible.

Guterres, who made a second trip to Ukraine last week, repeated his appeals to end the conflict.

Russia began its war in Ukraine in 2014, seizing Russian-speaking parts of the country’s east known as the Donbas, and annexing the Crimean Peninsula in a sham referendum. International mediation by Germany and France with Russia and Ukraine through the Normandy format, and a series of agreements that sought to resolve the crisis known as the Minsk agreements, failed to resolve the crisis.

“I repeat once again: If the Minsk agreements had been implemented, no special operation would have been needed,” Nebenzia said. “But the regime in Kyiv decided otherwise.”

Nearly all council members reiterated their solidarity with the people of Ukraine, calling on Russia to withdraw entirely from the internationally recognized territory of Ukraine.

“Russia must stop the war and fully, immediately and unconditionally withdraw its forces and military equipment from Ukraine,” said Norway’s Deputy U.N. Ambassador Trine Heimerback. “Russia started the war in Ukraine. It can choose to stop it.”

Others expressed concern that if allowed to continue, the conflict could spiral.

“Unless the Ukraine war is stopped through dialogue and negotiation, it could be the first of a series of conflicts that future historians will name the Third World War,” Kenyan Ambassador Martin Kimani said.

“Such a disaster would be different from the last world wars, and all the wars before them. The dangers of direct conflict between nuclear-armed powers means that most of their confrontations would be undertaken by proxy.”

China’s envoy said the parties must not close the door to diplomacy and dialogue.

“The positive progress on the issue of grain exports shows us the potential of diplomacy and the possibility of a political solution,” Ambassador Zhang Jun said. “We hope that Russia and Ukraine continue the dialogue and communication between them so as to return to diplomatic negotiations at an early date and create momentum and conditions needed for a cease-fire.”

But peace talks are unlikely at this stage. On Tuesday, Zelenskyy said his government is not yet ready for a cease-fire, and he urged nations to send Ukraine more weapons to defend its people and its territory.

His U.N. envoy added on Wednesday that if Russia goes ahead with its planned trials of Ukrainian prisoners of war in the city of Mariupol, that could become a “point of no return” when it comes to the possibility of peace talks with Moscow.

The U.N. has warned that the potential trials could amount to war crimes, as they are outside the protections afforded prisoners under international law.

Six months into Russia’s invasion, the United Nations says at least 17.7 million people, or 40% of Ukraine’s population, need humanitarian assistance, including 3.3 million children. Another 6.7 million people have fled the country, most of them women and children.