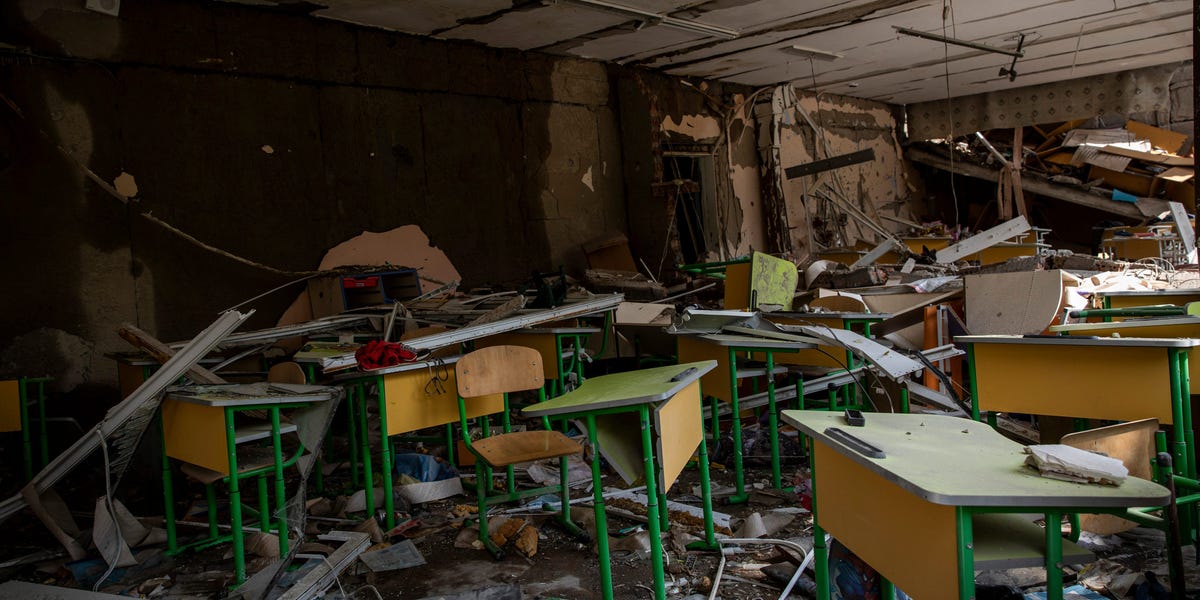 As Russia’s unprovoked war in Ukraine nears its six-month mark, another milestone date looms closer and closer on the calendar: the beginning of the new school year.

And because Russian airstrikes have struck schools multiple times throughout the war, Ukraine is rushing to construct bomb shelters to keep students and teachers safe before classes start in September, CNN reported on Wednesday.

Ukrainian education officials told CNN that thousands of educational facilities have been damaged so far in the war, and around 59% of schools and universities aren’t ready to host in-person classes this fall.

“Our schools are not designed to be used as defensive facilities,” Serhii Horbachov, Ukraine’s education ombudsman, told CNN.

“The academic year will be very difficult,” Horbachov told CNN. “It will begin in unpredictable and very difficult conditions, when there is actually no safe place in Ukraine since [Russian] missiles can hit anywhere.”

UNICEF, the United Nations’ children’s agency, has stressed how important it is for children to be back in the classroom to learn.

Catherine Russell, the agency’s executive director, said in a Tuesday statement that the upcoming school year is a “stark reminder” of how much loss children in Ukraine have endured.

“Ukraine’s education system has been devastated by the escalation of hostilities across the country. Schools have been targeted or used by parties, resulting in families not feeling safe to send their children to school,” Russell said. “We estimate that 1 in 10 schools have been damaged or destroyed.”

She continued: “All children need to be in school and learning, including children caught up in emergencies. Children in Ukraine and those displaced by this war are no exception.”

At one school in a Kyiv suburb that was damaged by shrapnel, UNICEF is helping to rebuild its bomb shelter. The school’s headmaster told CNN that the plan is to”make it so that it is safe and comfortable there, and that children are not afraid, and that parents are calm.”