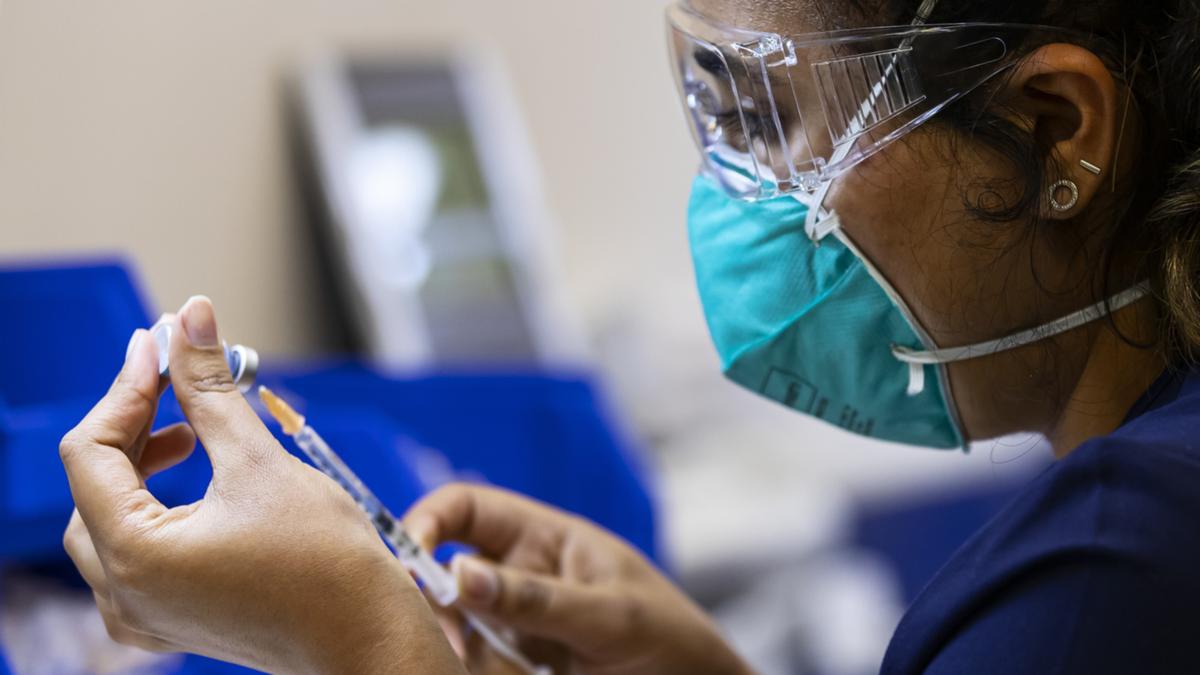 While the rate of new daily cases has dropped by almost 2,000 from the day before, the state sadly lost another 20 lives – the same figure from the previous day.

The state has a three-dose vaccination rate of 29 per cent and double-dose of 93 per cent. Of the new cases recorded, 8,432 were reported via PCR with the remaining 7,584 reported via RATs.

“We thank everyone who got vaccinated and tested yesterday,” the Victorian Department of Health said in a statement.

“Our thoughts are with those in hospital, and the families of people who have lost their lives.”

The ICU rate has dropped slightly with one fewer person needing intensive care from Friday’s 121 figure. However, the number of victims on ventilation has risen from 34 to 39.

On Friday, it was announced Victorians could get their COVID-19 booster shot sooner, with the government shortening the interval between second and third doses to three months at all state hubs.

Some 60,000 additional appointments will be available as part of a four-day “booster blitz” beginning on Friday at eight of the state-run vaccination hubs.

There will be free ice creams and bottles of water at major clinics with the temperature set to 33C in Melbourne over the weekend.

Hours at major hubs including Bendigo, La Trobe University and Sandown have been extended specifically for the blitz, while more than 100 GPs and pharmacies across the state will receive grants to provide additional appointments at the weekend.

Mr Andrews flagged the possibility the booster would soon become mandatory for a person to be considered fully vaccinated, noting a mandate was imposed for several essential industries last week.

Premier Daniel Andrews says the Victorian government has ordered another 166 million rapid antigen tests, on top of its initial order of 44 million.

The distribution of free RATs is hoped to reduce the pressure on the overwhelmed PCR testing system and allow results to be returned within 24 hours.

Around 7.5 million government-ordered rapid tests have arrived in Victoria over the past week.

More than 2.2 million are being distributed to health workers, staff in sensitive settings and vulnerable communities this week.

Mr Andrews said it would take some time to receive the entire order, but said it was a long term plan to add to current stockpiles.

“We think 210 million, plus what we already had at the beginning, is enough to get us through for a number of months,” he said.

“But I think you’re going to see us continuing to order for a long time and we’re also working on whether we can manufacture and boost some of the local manufacturing already happening.”

How the tests will be distributed is yet to be announced.