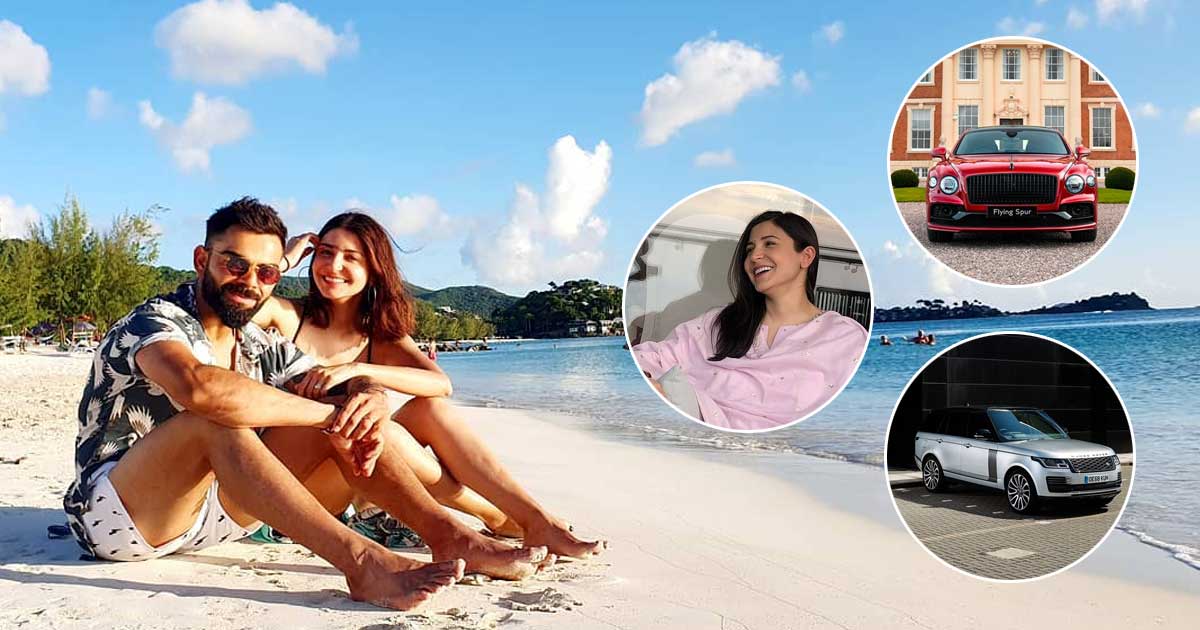 Virat Kohli and Anushka Sharma are the perfect blend of the cricketing world meeting Bollywood. The power couple who recently welcomed their first child, daughter Vamika, is pretty wealthy and well-settled thanks to their profession. The couple has crores in the accounts and has splurged them on costly real estates, vehicles and more.

While Kohli earns crores from his job as the captain of the Indian Cricket Team, Royal Challengers Bangalore and his many, many advertisements and endorsements, Shetty is a successful actress, producer and entrepreneur who owns her own fashion label and production house.

Today, we take a look at the jaw-droppingly expensive things Virat Kohli and Anushka Sharma have purchased with the fortune they have earned due to their impeccable hard work. From apartments to bungalows and luxury vehicles, check out the list below.

Virat Kohli and Anushka Sharma own a plush, swanky apartment in Worli, Mumbai, that they purchased from in 2016 in Omkar Realtors and Developers’ project, Omkar 1973. The 7,171-square-foot apartment is located on the 35th floor in tower C and cost the power couple a whopping 34 crores

The four-bedroom apartment offers the family of three a splendid view of the ocean and features large decks/verandas extending from each bedroom. As per herzindagi.com, the stately home features a piano in the living room, a wall dedicated to artefacts, books, and antiques in the sitting room and a lot more other notable pieces of furniture and art.

In 2012, Anushka Sharma purchased three apartments on the 20th floor of Badrinath Towers in Versova for Rs 10 crore. As per a Mumbai Mirror report, the actress combined the three flats into one gigantic apartment that spans 6,000 sq ft.

The apartments are a 10-minute walk from Anushka’s previous residence, Panchvatika Apartments, at Panch Marg near Yari Road.

Before heading to Mumbai and finding life here with Anushka Sharma, Virat Kohli purchased a bungalow in Gurgoan. The place is designed by interior designer Confluence and located in DLF Phase 1, one of the most expensive residential localities in the city. Given its location and the fact that it is no small residence, we bet the cricketer paid some good dough for the place.

Until very recently, not many knew Virat Kohli and Anushka Sharma owned a farmhouse in Alibaug. The only reason fans of the power couple got to know about it was because the couple drove off to this relaxing space just before the lockdown was enforced last year.

In 2017, Anushka Sharma launched her fashion label Nush, and it saw fans and patrons in the form of several Bollywood celebrities too. Now, almost four years later, reports claim this fashion brand is valued at Rs 65 crores more or less.

What’s expensive investments if not in the form of automobiles? Virat Kohli and Anushka Sharma have their own share of costly rides, and one is a Land Rover Range Rover Autobiography(long wheelbase). According to India Today, the actress purchased the luxury car in 2018 for around Rs 4 crore.

Virat Kohli purchased a Bentley Flying Spur after shifting to Mumbai, as per Cartoq. With its unique Matrix headlamps, 6.0 litre and W12 engine, the sedan is said to be worth around Rs 3.97 crore. Now that’s expensive.

Which expensive investment of Anushka Sharma & Virat Kohli surprised you the most? Let us know in the comments.

Must Read: When Kamya Punjabi Confessed, “I Have & Will Always Love Karan Patel”; Here’s How Ankita Bhargava Had Reacted