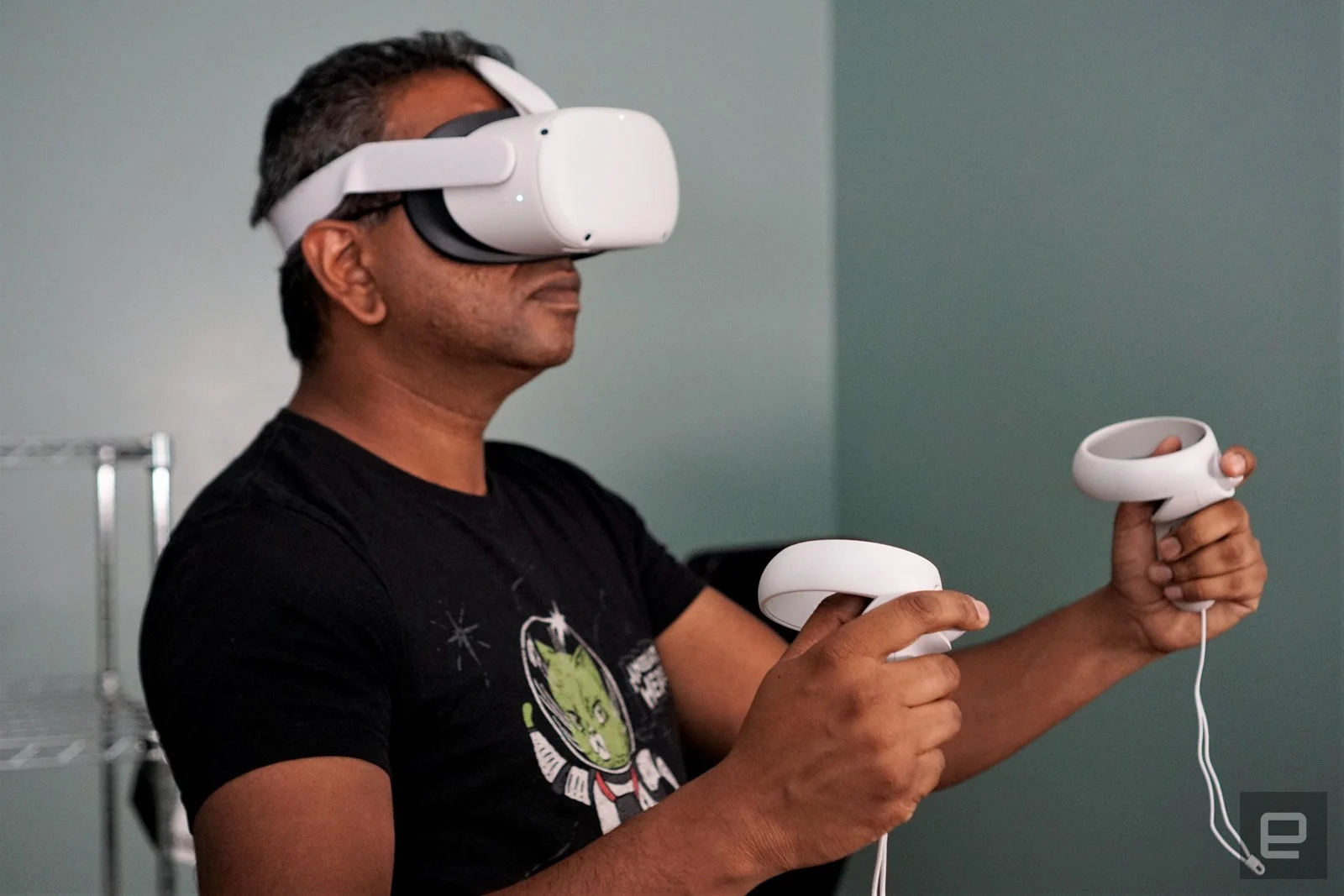 Meta’s Reality Labs VR division has yet to disclose how many Quest 2 headsets it has sold to date. What we do know is that it recently became more popular than ever. On Christmas Day 2021, the Oculus app for the first time. The software achieved that milestone thanks to everyone who bought a Quest 2 headset to gift to their friends and loved ones.

In another more amusing sign of just how popular VR headsets are becoming, insurer said last year it saw a 31 percent increase in home contents claims involving VR headsets and a 68 percent overall increase since 2016. In 2021, the average claim for VR-related accidental damages was about £650 or $880, and most incidents involved cracked TVs screens.

“As new games and gadgets become popular, we often see this playing through in the claims made by our customers,” Kelly Whittington, Aviva’s UK property claims director, . “In the past, we’ve seen similar trends involving consoles with handsets, fitness games and even the likes of rogue fidget spinners.”

Less than a month and a half into 2022, Aviva has already had to process a number of VR-related claims and the company expects more to come in throughout the year. That still doesn’t tell us how many VR headsets are out there. As far as the Quest 2 is concerned, the closest we have to a solid number is a third-party estimate Qualcomm CEO Cristiano Amon . At the time, he said Meta had shipped approximately 10 million units of its latest VR headset.