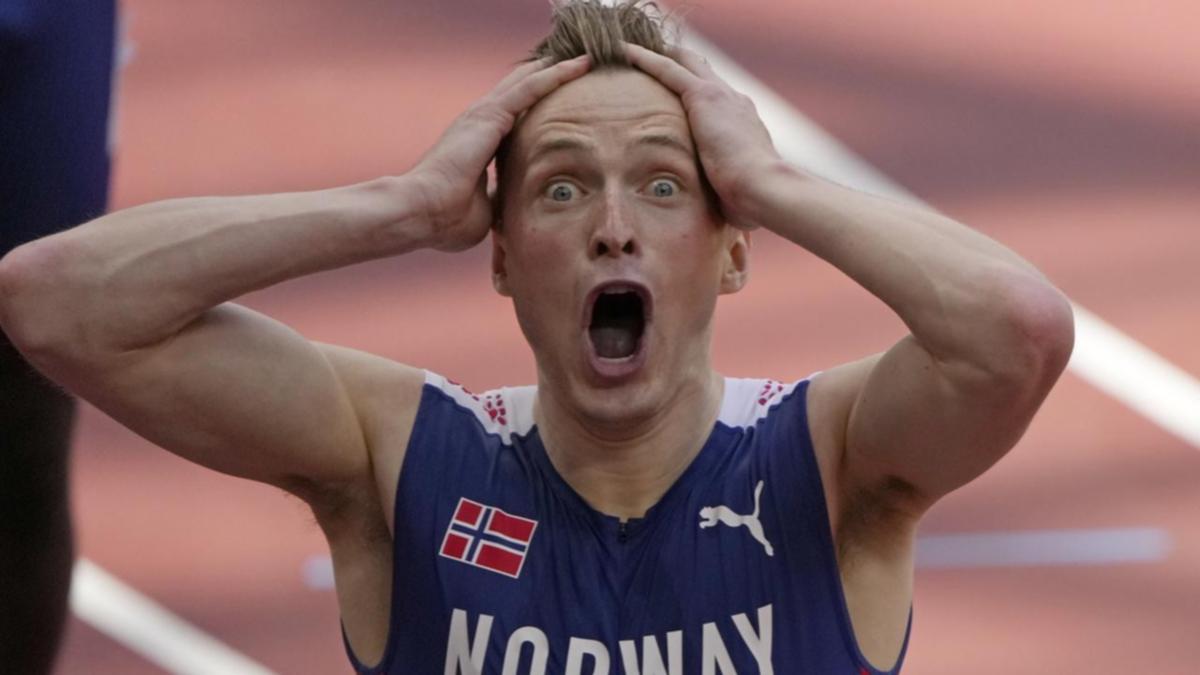 Norwegian hurdler Karsten Warholm is not against innovation in sports but the record-breaking Olympic 400 metres hurdles champion feels the new carbon-technology shoes are hurting athletes’ credibility.

Warholm smashed his own world record by a massive 0.76 seconds to hold off American Rai Benjamin and win in Tokyo in one of the all-time great Olympic races.

Benjamin took silver in 46.17, also half a second inside Warholm’s previous record of 46.70. Six of the first seven finishers set national or continental records.

Following his victory, Warholm criticised the thick-soled shoes of Benjamin, despite himself also wearing spikes with a carbon plate that unquestionably improves performance.

“What I said was misunderstood in some way, because I had one comment about it after the race and it just blew up and that wasn’t my plan at all,” the 25-year-old said during an interview.

“To be honest I don’t know if that shoe (Nike) is the best shoe. My shoe (Puma) is maybe just as good, but that’s not what it is about, necessarily. I haven’t done the science.

“When somebody does a great performance now, everybody will question if it’s the shoe – and that is the credibility problem.”

With a super-speedy track at Tokyo’s Olympic Stadium to aid, Sydney McLaughlin also shattered her own world record ahead of fellow American Dalilah Muhammad also inside the old mark in the women’s race.

Warholm wants athletes, and not technology, to get more credit and wants whoever breaks his record in future to, simply, be better than him.

“People sitting at home. I don’t want them to feel like they’ve been fooled or tricked. I want there to be credibility.

“And that’s what I feel the sport of track and field is all about. You can compare things. Yes, there will always be small differences … even though I’m all for technology pushing it a little bit forward, in all sports.”

When he saw the astonishing time in Tokyo, Warholm looked in shock, ripped his vest apart and beat his chest in celebration before sinking to his knees.

“I was just a bit embarrassed that I wasn’t able to rip the shirt like fully off,” he said with a smile.

“But it was a lot of emotions … it’s something that I wanted really bad. Also with the Olympics it’s not a medal that you can go out and fight for every year.”

Now Warholm, a two-time world champion at the one-lap hurdles, is ready to try new events.

“The first natural one would be the 400m without hurdles, and I’m going to do that already at the end of this month in Switzerland and probably do one or two more before the season ends. But I haven’t decided.