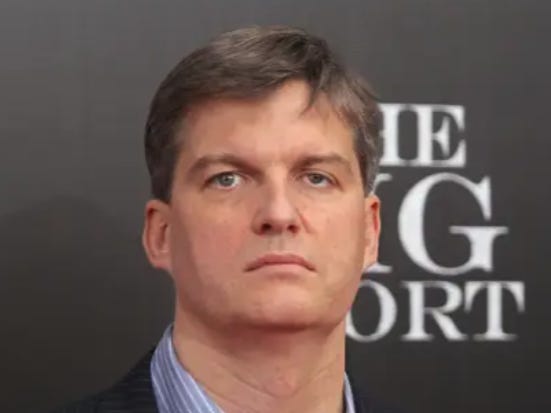 There’s only one Warren Buffett, and the investor’s idiosyncrasies have been critical to his outperformance, Michael Burry said in a recent tweet.

“The Making of an American Capitalist by Roger Lowenstein impressed upon me that Buffett is unique, and so must any investor be,” Burry wrote. “Other books on my shelf,” he added, referring to a photo of his bookshelf attached to the tweet.

Burry is best known for his billion-dollar bet against the mid-2000s housing bubble, which was immortalized in “The Big Short.” The hedge-fund manager made a similar point about Buffett to the book’s author, Michael Lewis.

“If you are going to be a great investor, you have to fit the style to who you are,” Burry told Lewis. He noted that Buffett didn’t copy his mentor, Benjamin Graham, but instead crafted his own investment approach and philosophy.

“The lesson of Buffett was: To succeed in a spectacular fashion you had to be spectacularly unusual,” Lewis wrote about Burry’s key insight from studying the Berkshire Hathaway CEO.

Burry also told Lewis that he lacked Buffett’s charm and social skills, and knew he would never be as popular as the “Oracle of Omaha.”

In April, he highlighted Buffett’s testimony to Congress in 2010 about the financial crisis. The Berkshire chief described Burry as a “Cassandra” to the panel, because his warnings about an impending crash were almost universally ignored. Fittingly, Burry has set his display name on Twitter as “Cassandra B.C.”

In February last year, Burry highlighted Buffett’s 1980 letter to Berkshire shareholders, in which he laid out the dangers of inflation. Buffett wrote that high inflation discourages companies from investing by eroding their real returns, and acts as an implicit tax on investors’ purchasing power. It leaves them “running up a down escalator” and can result in negative returns, the Berkshire chief said.

Moreover, Burry described Apple as a “Buffett stock” in 1999 — nearly two decades before Berkshire made the iPhone maker the crown jewel of its stock portfolio.

Burry’s bookshelf underscores his deep interest in Buffett’s teachings, even if he doesn’t follow them to the letter. It features “Security Analysis” — coauthored by Graham and known as the bible of

— and three collections of Buffett’s letters to investors in his partnership and Berkshire shareholders.

The Scion boss also owns “The Warren Buffett Portfolio: Mastering the Power of the Focus Investment Strategy” by Robert Hagstrom, based on his previous tweet about his bookcase in March 2021.

Burry is fully aware that deleting his tweets doesn’t prevent people from archiving them or writing about them.

“Yes, I know, deleting tweets does not really delete them. But that is not why I delete them,” he said in a now-deleted tweet on Sunday. He highlighted a recent Insider story that included screenshots of several of his deleted tweets about the stock market.

Burry deletes his tweets to thwart bots and promoters of meme stocks and cryptocurrencies, who reply to his posts to reach a large audience, he explained in October.