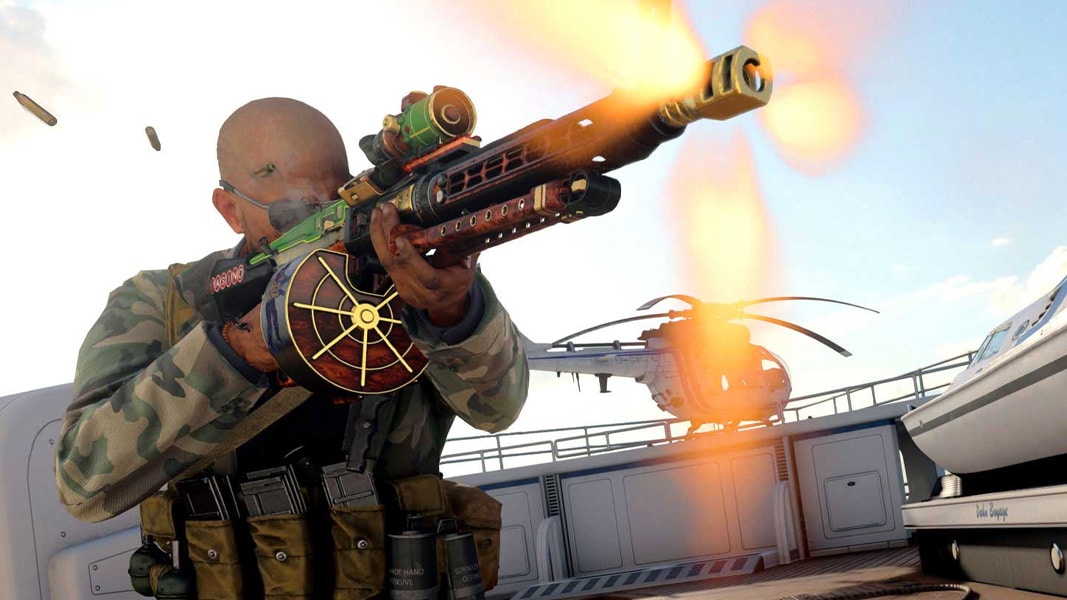 Warzone Pacific Season 5 is on the horizon, sure to shake-up the battle royale’s meta once again when it drops on August 24.

Across Season 4, the top spot in the meta has been occupied almost constantly by the KG M40, the Vanguard LMG that exploded in popularity in recent months.

However, Warzone content creator IceManIsaac has crunched the numbers and determined that it’s actually outperformed by an underused and forgotten LMG: the MG 82.

Explaining that the Titanium Trials LTM pushed him to find a new LMG with a large magazine and strong damage, Isaac ran the stats and realized the MG 82, despite an eye-watering low pick-rate of just 0.05%, is incredibly strong.

Attachments allow it to rock a 125-round magazine which, paired with strong damage and a decent ADS time for an LMG, means it actually competes well with the KG M40 and other meta weapons. In terms of time-to-kill (TTK), it actually outperforms the KG M40 at every range.

Isaac explained: “Most of the Vanguard LMGs are really clunky. Then I started to think, what about the MG 82? I get 125 rounds, I know it was really good in Warzone in the past… it still hits. It kills in 660ms and beats it substantially at all ranges.”

He also outlined his exact build:

The only drawback on the MG 82 is recoil, with it kicking slightly more than the KG M40 and therefore slightly more difficult to maintain accuracy.

However, if players learn to control it and pair it up with a close-range weapon like the Armaguerra 43, you can’t go far wrong.