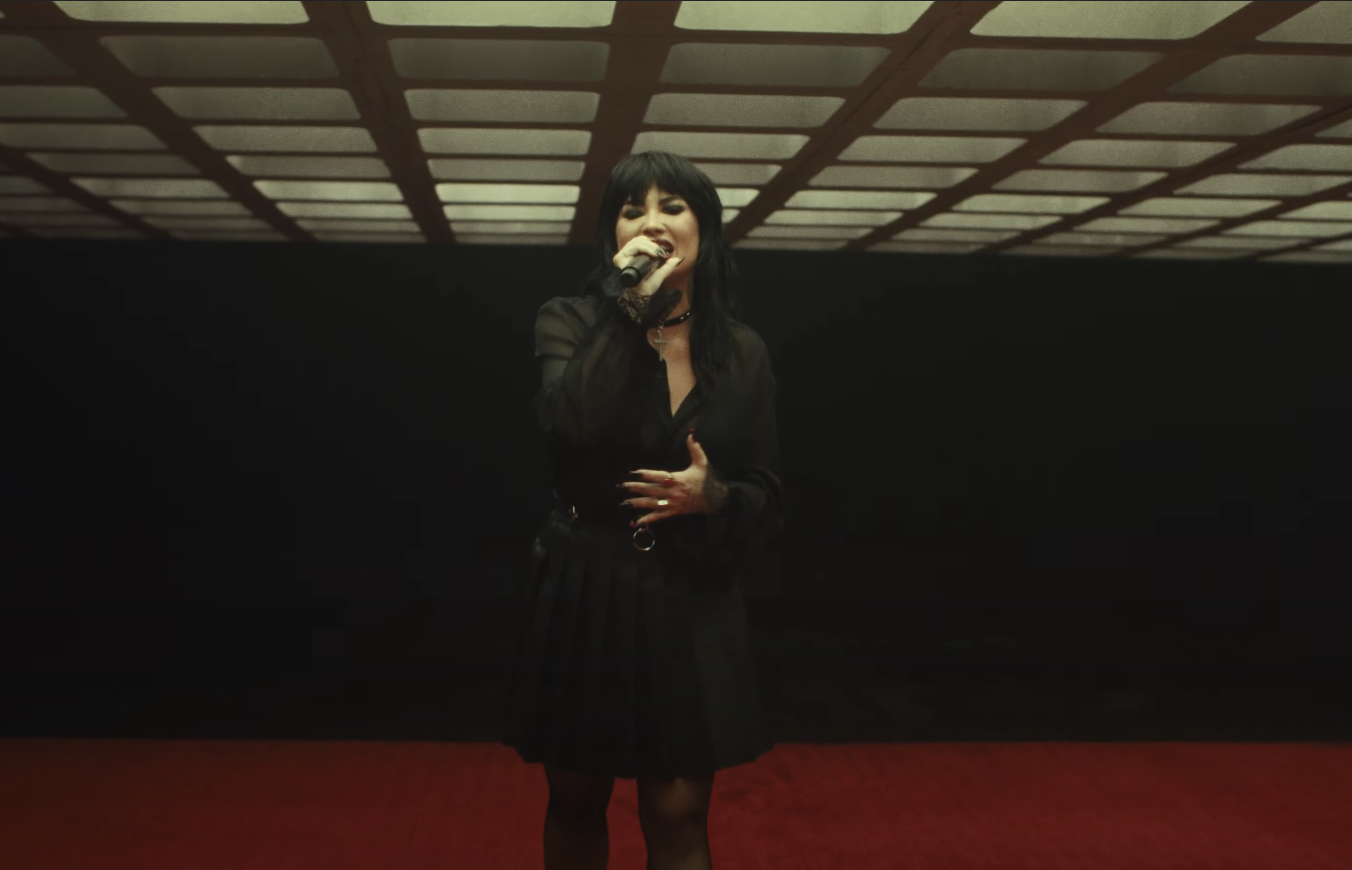 Demi Lovato has reimagined her latest single, “29,” for a Vevo live performance. The musician collaborated with Vevo’s team to create a completely bespoke set to film the clip, which sees Lovato singing in a moody room with a low ceiling.

“My new album Holy Fvck is a deeply personal journey that begins with pain and anger, and through this emotional release, the album concludes in a hopeful place of joy that allows me to take my power back from the very things that made me angry,” Demi said in a statement. “I knew I wanted to showcase my new music in a unique way for my fans, both visually and sonically. So when an Original Live Performance with Vevo was on the table, I immediately started to brainstorm creatively—the lighting, the room design, my look and outfits, how to incorporate our incredible female live band—all of it!”

She added, “The Vevo team made this vision a reality with me, and I hope my fans can feel the emotion and power through these live performances.”

Lovato released “29,” in which she sings about a 12-year age gap with an ex, last week ahead of her album. The song appears to be reflecting on the questionable aspects of her lengthy relationship with Wilmer Valderrama, who she dated more than a decade ago when she first turned 18.

“29” follows the release of Lovato’s singles “Substance” and “Skin of My Teeth,” both of which also appear on Holy Fvck.

“I would say it’s a new era. I’m ever-evolving, ever-changing. I’d like to put the rest of my music behind me and start fresh in this new era for this next album — but I do that every album cycle,” Lovato told Rolling Stone earlier this year. “It’s a new era reminiscent of my first era.”