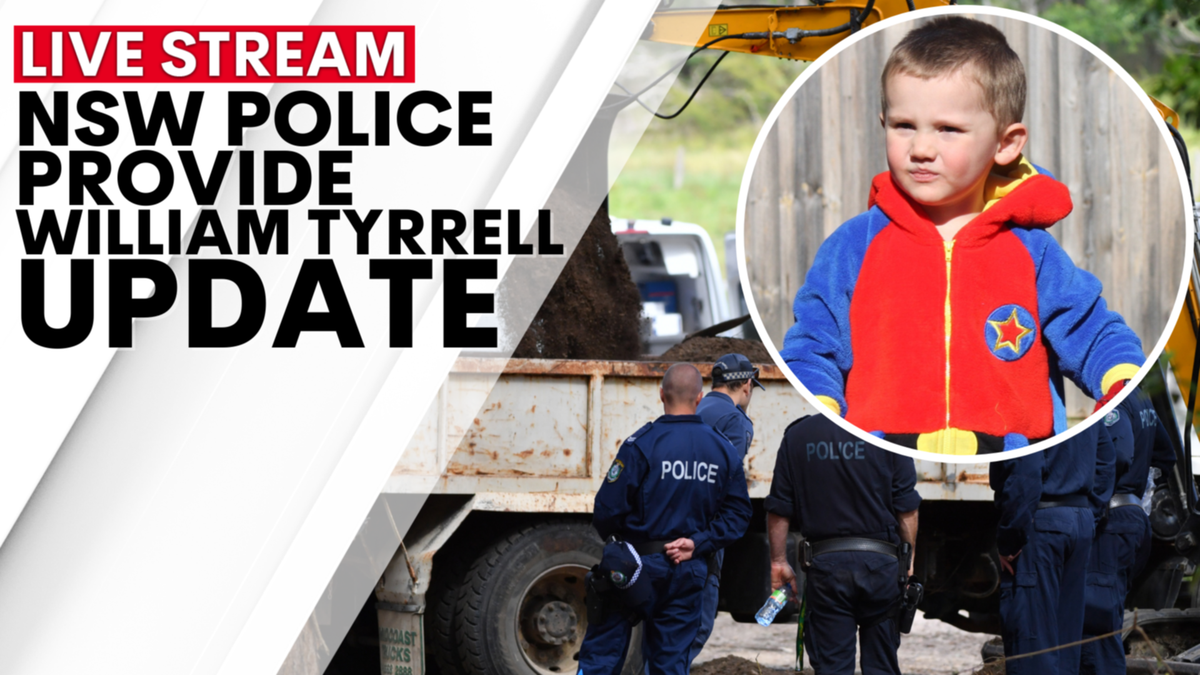 NSW Police will provide an update on the search for William Tyrrell on Friday morning, after divers searched a dam on the mid-north coast for any sign of the missing boy.

It’s the 12th day of a renewed search for the three-year-old, who disappeared from his foster grandmother’s home at Kendall in September 2014.

Detective Chief Superintendent Darren Bennett will provide a ‘brief’ update on the case at 8.30am AEDT. You’ll be able to watch it LIVE in the video player ABOVE.

Police have been intensively searching around the home as well as nearby bushland, enduring a week of persistent rain.

The incoming NSW Police commissioner Karen Webb has promised the force is “not going to give up”.

A day after being named as the next commissioner, Ms Webb said the team of 30 police involved in the search had been joined on Wednesday by specialist police divers, who inspected a septic tank and a water tank on the Kendall property.

“We need to find William and get this resolved,” she said.

The divers donned wetsuits and scuba gear to search a small dam on Thursday.

Ms Webb says she’s confident there will be a result in the case but it will take time.

“It’s a long laborious search and obviously the weather conditions up there at the moment are unfavourable but police will pursue that no matter what,” she told Sydney radio 2GB on Thursday.

“I’m confident this team will keep pursuing this until we get a result.”