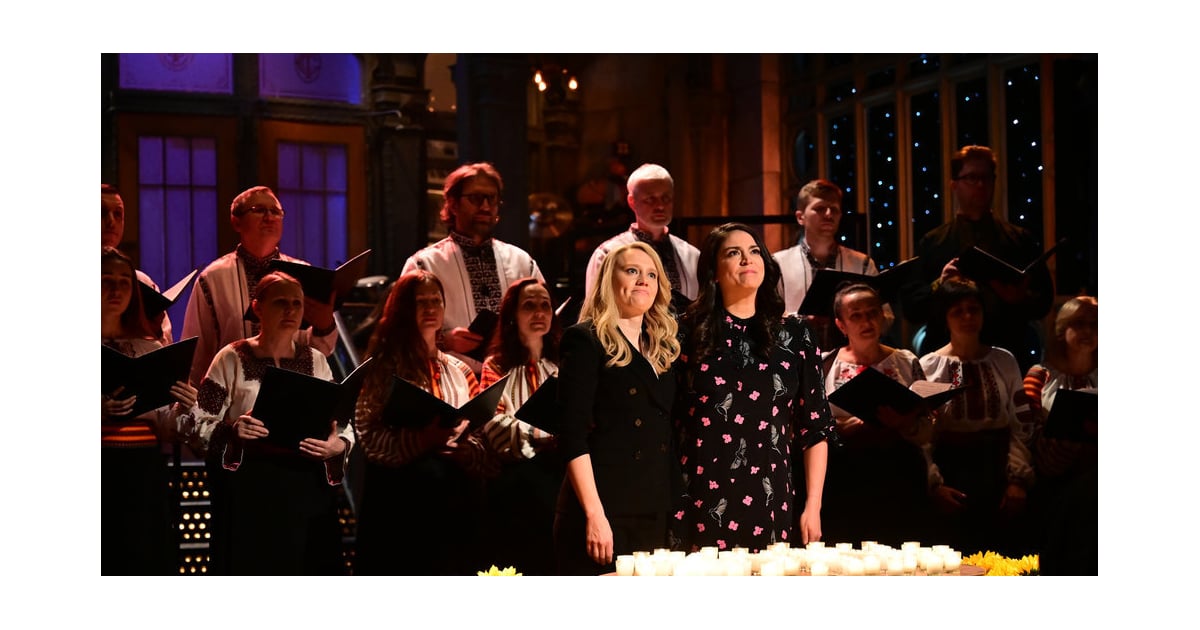 After a monthlong hiatus, “Saturday Night Live” returned on Feb. 26 with a powerful tribute to Ukraine amid the ongoing Russian invasion under the leadership of President Vladimir Putin. The sketch comedy show opened with a moving performance by the Ukrainian Chorus Dumka of New York. Introduced by “SNL” cast members Kate McKinnon and Cecily Strong, the choir sang “Prayer for Ukraine” behind a table of votive candles that were positioned to spell out the capital city of Kyiv. Watch the full performance above!