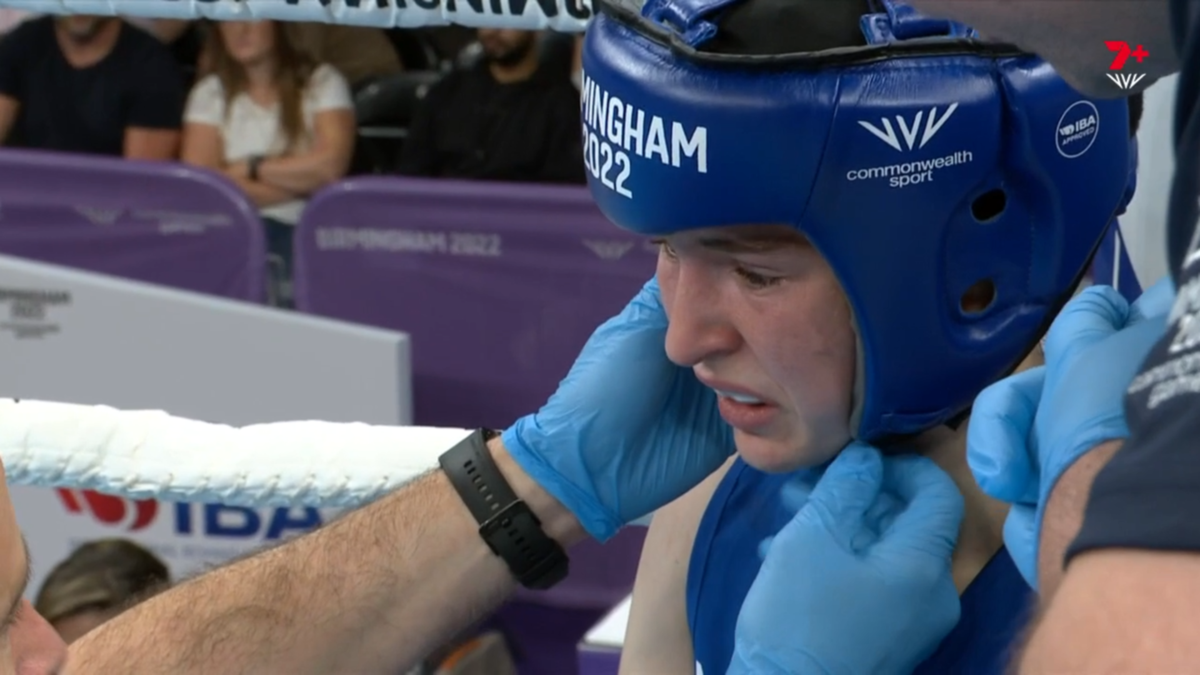 For young teenager Nicole Clyde, even making the Commonwealth Games to represent Northern Ireland in the minimum-weight 45-48kg division was a wonderful achievement.

But it barely lasted more than two rounds before her coaches made the tough decision to abandon the fight.

The 19-year-old had just spent the first two rounds being absolutely battered by her opponent, Indian Nitu Ghangas.

The 21-year-old proved herself to be levels above her younger opponent, who was clearly overwhelmed from the first bell.

At the end of the first round, Clyde sat in her corner with tears in her eyes.

After a second round, her coach entered the ring and signalled the young boxer wouldn’t be going another round.

“We didn’t need to see another three minutes like that one.”

Clyde was praised for sticking it out despite being clearly outclassed by a more skilful opponent.

“She’s got a big heart,” the commentator said.

“She’s been battered here and she’s still trying to take the fight to her opponent.

“It was no disgrace, she was just up against a more classy and skilful opponent.”

Ghangas will now progress to the semi-finals, where she’ll fight for the chance to grab a gold medal for India.