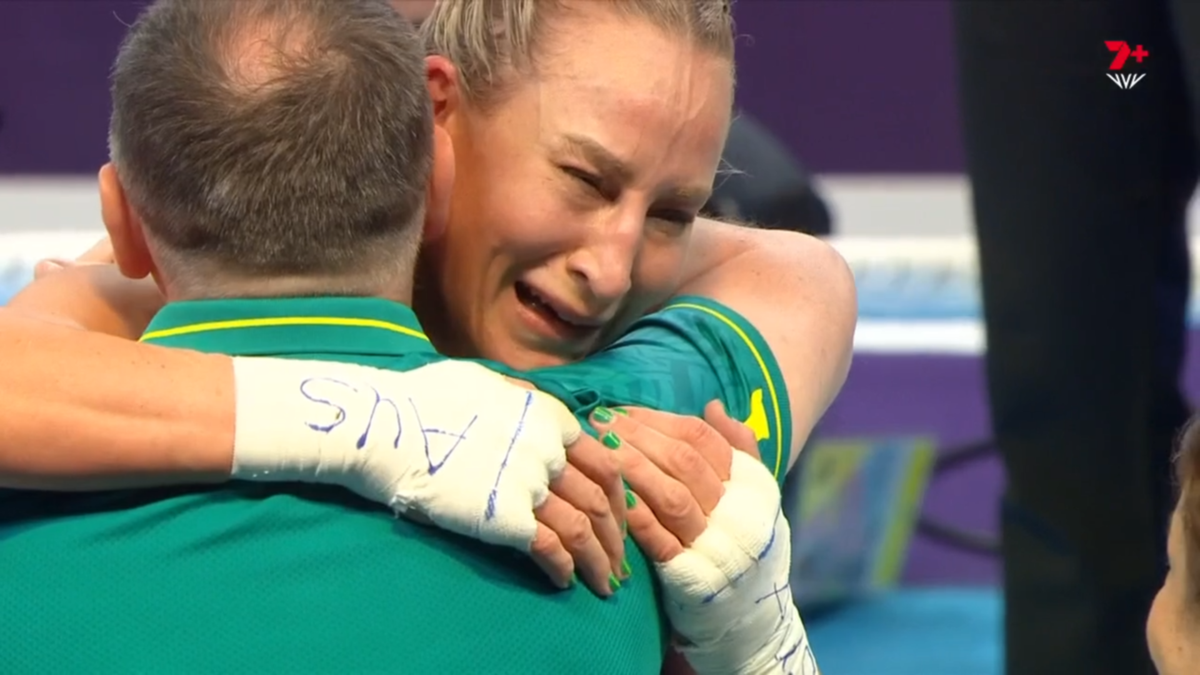 In a bruising contest at the NEC on Saturday, the 38-year-old veteran Scott earned a 4-1 split decision against Mozambique’s world championship silver medalist Alcinda Panguane in her light-middleweight semi-final.

Then Peters, a teenager half her age, demonstrated why he’s such a hot prospect as he completely overwhelmed the dangerous, power-punching South African captain Simnikiwe Bongco to earn a unanimous verdict in his middleweight semi from the five judges.

The referee had to step in several times to warn the fighters in the Scott-Panguane contest, the African for slapping and the Australian for elbow use, but in a close affair, Scott’s crisp work persuaded the judges over Panguane’s wilder shots.

“Beat all the young guns to get here. Now one step closer. I did think I’d won it. It’s all about confidence, and I had that – and I thought I wanted it more than her.

“When she came forward, she was very open for me to catch her on the way in. I had a bit more quality.”

Scott, who won bronze in 2018, reckoned she was like a fine wine.

“I get better with age,” added Scott.

“I don’t see why there needs to be an end to my career at the moment.”

She will face Wales’ Rosie Eccles, the silver medallist at the Gold Coast four years ago, in Sunday’s final.

“I’m still loving it, still learning and until the body gives way or I stop enjoying it, that’ll be the time for me to hang up the gloves instead of some one saying ‘you’re 38 now, you need to finish now’,” said Scott.

“I’m keeping up with the young guns in the team – I still do the same workout as the 19-year-old in our team.”

That Adelaide teen Peters then did his bit, looking every inch a future champ as he thoroughly discouraged Bongco.

Peters soaked up a couple of his best shots and still came forward, using his substantial reach advantage to relentlessly pour in shots.

He won every round on every judge’s card, with an increasingly desperate Bongo also getting a point deducted for holding in the second round.

“This is my first first international tournament, so I’m still learning the ropes,” said Peters.

“These are events, new people to me. I’m very excited. I watched Hickey’s fight, he likes to box long – but I like to get in there and chuck non-stop punches. Let’s see what happen tomorrow,” he said.