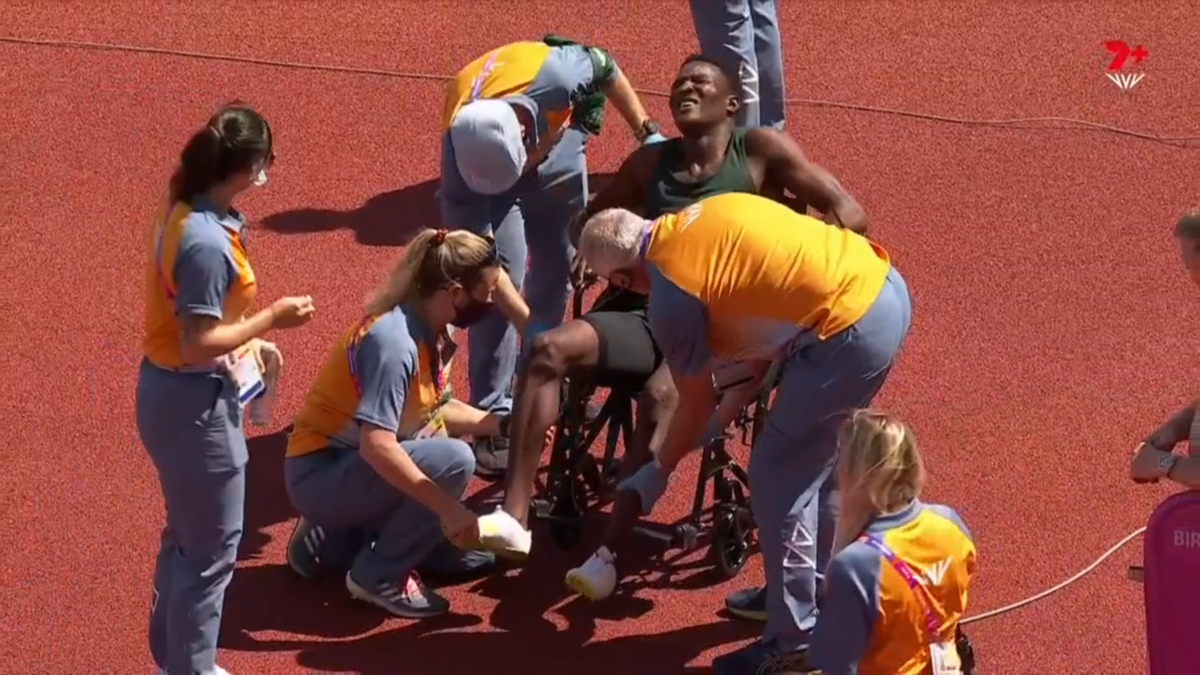 It was a blistering run.

At just 19, Zambian Muzala Samukonga ran a personal best of 44.89 seconds to comfortably win his men’s 400m heat at the Birmingham 2022 Commonwealth Games on Wednesday.

Not only that, he was the only qualifier of the semi-finals to run under 45 seconds.

But the rising star seems to have put himself at risk of missing his next race on Friday.

Samukonga had gained an approximately 10m lead with the finish line in sight on the final straight, but rather than slowing down towards the end as most athletes would do, he continued his sprint to the finish line to extend the margin.

He appeared elated but collapsed after the finish line and stayed on the ground for a number of minutes.

And when he made it to his feet, he could not stay standing up.

Samukonga remained on the ground again and repeatedly slapped and punched his upper leg, before medicos determined he couldn’t walk.

He was wheelchaired out of the venue.

“He’s in licorice there. Definite all sorts,” the Australian former sprinter said.

“He’s got it that badly, he’s going to take a while to recover from that.

“He’s going to need an ice bath for a while.”

Former English middle-distance runner Tim Hutchings was more critical, saying Samukonga had put himself in unnecessary distress and was unable to see a reason for him sprinting out the race.

“Maybe he thought I may never get a chance to run sub-45 (seconds) again,” Hutchings said in games commentary.

“I think most coaches would say, ‘it’s great to run a personal best, but actually this is just extravagant and you will pay for it’.

“That’s a 10m winning margin – and more by the time he hits the line.

“Really, really unnecessary, No one else goes under 46 seconds.

“An incredible run, but I hope that’s not the last we see of him in Birmingham.”