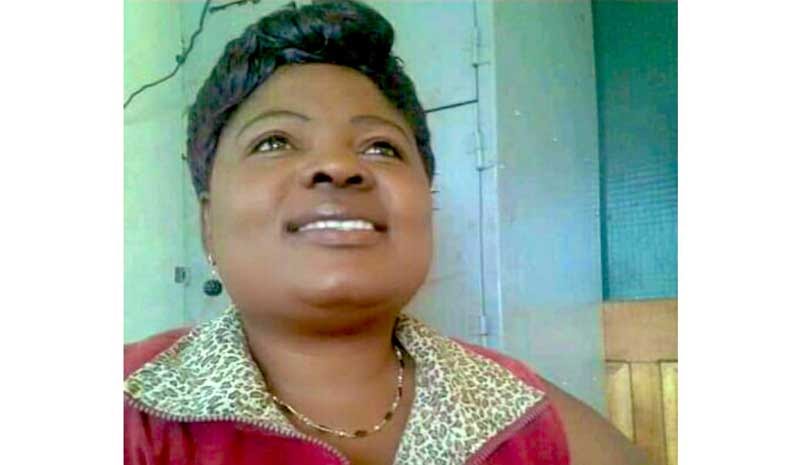 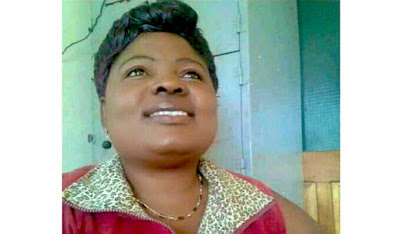 SILENT Ali has sleepless nights, and at times misses meals
thinking about his murdered mother, Moreblessing Ali, whose remains are yet to
be buried several weeks after they were recovered in a disused well.

The family now fears that evidence is being tampered with,
and that they might be given the wrong remains for burial within a space of two
months.

Twenty-four-year-old Silent has to endure the pain of
losing a mother, losing his job and being forced to flee from home.

Since the day Moreblessing was reported missing on May 24,
Silent’s life has never been the same.

Ali was abducted in Nyatsime, Manyame and her mutilated
remains were recovered from a disused well at the homestead of her alleged
killer Pius Mukandi’s mother at Dunnottar Farm on June 11.

She was a known opposition Citizens Coalition for Change
(CCC) activist in Nyatsime.

Following the violence that ensued at her funeral wake, the
mourners were forced to abandon  Moreblessing’s
Nyatsime home.

Her family’s lawyer, Job Sikhala, and other CCC members
were arrested in connection with the skirmishes.

“I can’t explain the pain that I am feeling. “The pain is
not fading. Whenever I see her pictures, I feel weak.

“At times, I don’t eat,” Silent told The Standard from his
hiding place.

“I don’t deny that people die but the way some die is
painful. My mother will never rest given the way she died.

“It’s not easy to lose someone who brought you up. She was
my pillar of strength.

“She was into vending until 2007 when she got a job at
council.

“We lived a painful life which cannot be explained. Our
father didn’t care about how we survived. He did not support her.”

He said the family last saw his mother’s body at
Chitungwiza Central Hospital mortuary before it was taken by detectives for
further DNA investigations.

“Up to this day, we haven’t seen her. It’s another
stressing issue,” he said.

“We last saw her body at Chitungwiza Central Hospital.
Since she was taken to Harare Hospital we never saw the remains.

“We don’t know where the body really is.”

Silent said the family will not rest until they find
closure.

“We will engage pathologists to help us. Right now if we
want to bury her there is a possibility we might be given the wrong body.”

Silent said they were pinning their hopes on Sikhala’s
release from prison so that he can take up the case.

“It’s now a very long time without hearing how things
should be going,” he added.

“The bigger challenge is that we don’t know when our lawyer
will be set free to pursue the case.

“We haven’t taken any steps to look for another family
lawyer.

“We also decided to wait for him since he assisted us from
the start.

“Sikhala should be set free for us to move forward. We
can’t give the case to someone else mid stream. He knows where he left.”

He said there were a lot of questions around his mother’s
death that needed answers.

“We would want every step to be taken for us to really
understand why our mother was cut into pieces the way she was,” Silent said.

“Jamba (Mukandi)’s statement that he punched her on the
neck leading to her death does not make any sense.

“When we were taking photos of her body, we realised that
she was tied on the neck with shoelaces and then a black cloth.

“It appears that’s how she was strangled to death. We want
to know all this. That’s why we need our lawyer.”

Jamba confessed to killing Ali when he appeared before
Harare magistrate Dennis Mangosi.

He was not asked to plead to the murder charges and was
advised to seek bail at the High Court.

Prosecutor, Tapuwanashe Zvidzai, told the court that Ali
was murdered on the night of May 24.

Silent told The Standard that although they were still in
hiding fearing for their lives, they continued to receive anonymous calls.

“We are not safe and we are scared of coming out of hiding
because we receive numerous anonymous calls from people asking about our
whereabouts,” he said.

“The Nyatsime violence scared us and we deserted our
home.  We were helped to move our
property at night.

“I last reported for work three months ago and received
messages of termination of employment. I worked at  the Chitungwiza Municipality. ”

Human rights lawyer Freddy Masarirevu, who is in touch with
the Ali family said there will be no burial until Sikhala is released, and the
matter dealt with to its finality.

“The family feels that there are areas of inquiries and
investigations that need to be conducted by Sikhala and that proceeding to bury
Moreblessing in his absence will compromise such,” Masarirevu said.

“As it stands and considering the politics behind the case,
police will be of little assistance.

“There are also attempts, I think, to cover certain
discoveries, which may result from further inquiries.

“Despite all that, the family is determined and committed
to ensure that no stone is left unturned in the investigations and are willing
to wait for their lawyer, no matter how long it will take .”

The Heal Zimbabwe Trust said it expects justice to be
served in Moreblessing’s case. “We grieve with the family and it is our prayer
that justice for their relative will be served. Our worry is with the displaced
family members whose whereabouts are unclear, perhaps they went into hiding out
of fear and trauma whose net effects include the displacement and loss of
livelihoods and dignity. We pray our justice system finds favour in the victims
with urgency. As a peace building organisation we reiterate the need for
political parties to control their followers and promote political tolerance.

“Law enforcement agencies on the other hand must show
impartiality and a sense of urgency when executing their duties to avoid
unnecessary loss of life and preventable violence,” Heal Zimbabwe Trust
programmes manager Edknowledge Mandikwaza said.

Police have been criticised over their handling of
Morebelssing’s death and the violence that ensued after Zanu PF officials in
the area tried to block CCC supporters from attending her funeral.

Zanu PF claimed she was their active member, but this was
disputed by Ali’s family.

Fifteen CCC members, including Sikhala and Chitungwiza
North legislator Godfrey Sithole, were arrested over the violence but no Zanu
PF member has been charged despite that some appeared on videos instigating
violence.

Meanwhile, the High Court last week postponed to August the
bail appeal hearing for seven CCC’s members detained over the June 14 violence
to allow for consolidation of 11 cases into one.

The seven appeared before Justice Munamato Mutevedzi, who
postponed the hearing to allow for the four remaining cases to be consolidated
with the seven that were before him.

CCC accuses President Emmerson Mnangagwa’s government of
weaponising the law to clampdown on his critics ahead of next year’s elections.
Standard