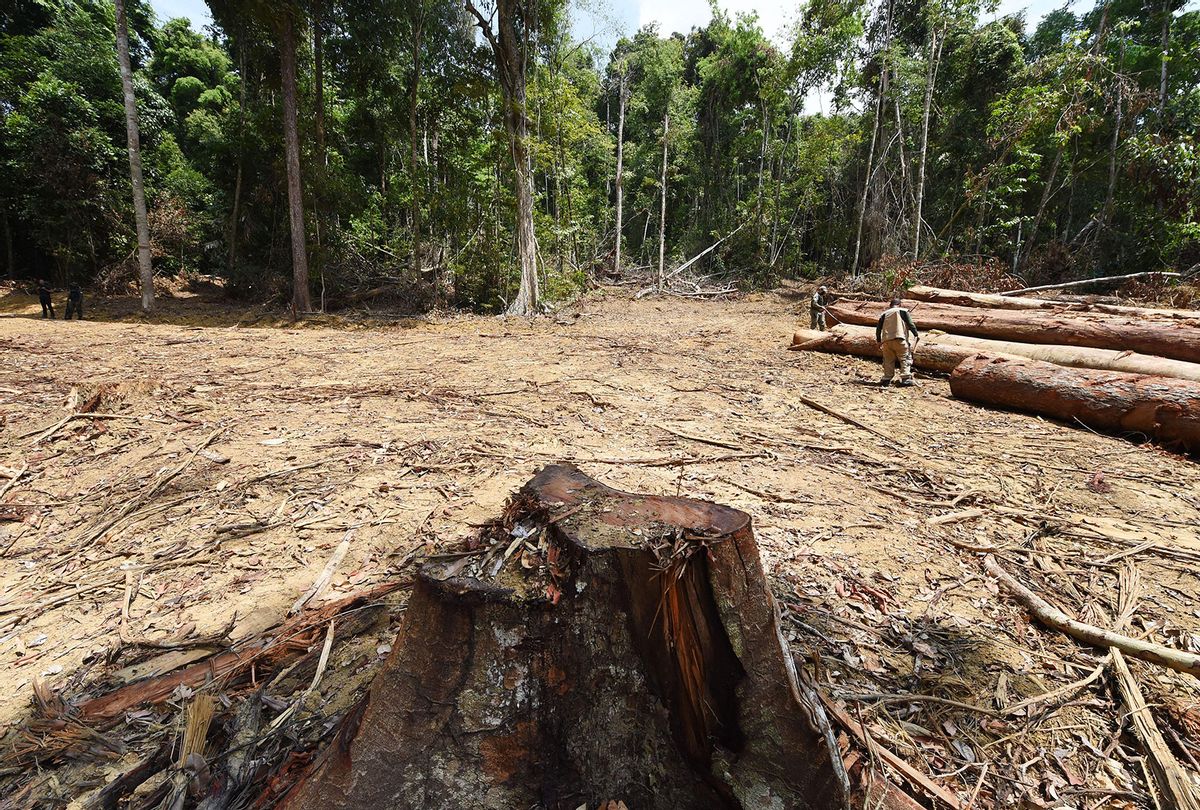 As the world faces cascading extinctions and runaway climate change, a growing body of scientific research has found that we should set aside more areas as protected spaces.

That message got hammered home by a study published in June in the National Proceedings of the Academy of Sciences that says current protected areas won’t stop the extinction crisis — because we haven’t set aside nearly enough land to date.

“Our analysis shows that a large proportion of the world’s mammals are unlikely to be adequately protected from extinction by the current global protected areas network,” the study’s authors warned.

Globally we’ve protected nearly 17% of our lands and 7% of the ocean, but support is growing for protecting 30% of the land and ocean by 2030 — the amount many scientists estimate we need to set aside to protect biodiversity and the climate. The Biden administration has announced its general support for the policy, known in shorthand as 30×30, and so have around 100 other countries. In December it could officially become part of the Global Biodiversity Framework that will be negotiated in Montreal as part of the United Nations Convention on Biological Diversity.

Can mammals’ plight help build the necessary support for 30×30? The researchers looked at nearly 4,000 land-based and non-flying mammal species living in protected areas and found many of these areas were too small or poorly connected for the animals to thrive.

Protected areas are critically important for conservation if managed well and can help protect against habitat loss and other human disturbances. In many areas they may be the only places that can support the survival of some species, the researchers found.

“It is plausible that the long-term survival of much of Earth’s biodiversity will ultimately hinge on the network of protected areas that are established and properly functioning in the near future,” they wrote.

The PNAS study found that current protected areas on their own aren’t sufficient to ensure the long-term survival of about half of all mammals studied — between 1,700 and 2,500 species. This includes a staggering 91% of those already listed as threatened by the International Union for Conservation of Nature. These at-risk species range in size from the largest land-based animals, such as elephants, to the tiny Sri Lankan shrew.

The researchers also estimated that more than 1,000 additional mammal species that aren’t currently listed as threatened may also be at risk. This includes white rhinoceroses, American bison, jungle cats, several howler monkey species, and hundreds of small-bodied species of rodents and insect-eaters.

The largest proportion of underprotected species was highest in areas with the most biodiversity, including South, Southeast, and East Asia; Latin America and the Caribbean; Africa; and Oceania.

So if current protected areas don’t do enough, how do we do it better?

The research suggests that first we need to increase the size and number of protected areas and improve the connectivity between them.

But that’s not all: They also need to be in the right places and managed with a clear understanding of the animals’ habitat needs.

“This finding supports previous calls for the strategic expansion of protected areas into specific ecosystems that require additional protection, rather than relying on arbitrary area-based targets,” they wrote.

The researchers warn that simply aiming for a percentage of land and water protected isn’t the best way to ensure species’ survival. In other words, achieving 30×30 won’t be a success if it’s not in the right places or managed appropriately with adequate staff and budgets.

Another recent study, published in Nature, echoes that conclusion. Researchers looked at how 1,500 protected areas have affected 27,000 waterbird populations in 68 countries and found that just the designation of a protected area won’t necessarily bring benefits to populations.

As in the mammal paper, researchers found that areas that were actively managed for waterbirds — such as by removing invasive species, restoring wetlands or preventing hunting —were more successful, and often those that were larger had better results, too.

When it comes to protection for animals that make their home in the ocean, we have a much longer way to go. While only 7% of the ocean is protected, less than 3% of that has strong safeguards.

But a study published this month in Nature developed a framework for how to establish marine protected areas in places that can help ensure protection for biodiversity, increase fish populations that support food security, and help secure marine carbon stocks that are at risk from bottom trawling and other industrial activities.

The researchers found that most of the top 10% priority locations for establishing marine protected areas are within the 200-mile exclusive economic zones that coastal nations manage. These areas are “home to irreplaceable biodiversity and are often heavily affected by human activities that can be abated by marine protected areas.”

Their findings also show that marine protected areas can help restore populations that have been overfished, and in the long run can support food security even if fishing doesn’t occur in protected areas.

It’s also better if nations don’t go it alone. “We find that a globally coordinated effort could achieve 90% of the maximum possible biodiversity benefit with less than half the ocean area of a protection strategy that is based solely on national priorities,” the study found.

The good news is that if we do it right, we can not only protect biodiversity but also achieve other important benefits. Those conclusions come from another recent study, published in the journal Science Advances.

One of those benefits is climate change mitigation. Protecting 30% of lands, the study found, could provide one-third of the reductions needed to limit global warming emissions to under 1.5 degrees Celsius.

Water quality and aquatic biodiversity would also be boosted, the study found, as more protected areas would decrease nutrient pollution that runs off from fertilizer waste and threatens watershed health.

“If species conservation is prioritized, greater biodiversity conservation, climate-change mitigation, and nutrient-regulation benefits can be realized,” the Science authors wrote. “This supports previous findings on the multiple co-benefits of conservation and reflects the importance of biological diversity for delivering multiple ecosystem services.”

Of course, this work won’t be easy.

“Expanding or relocating the world’s protected areas comes fraught with very real risks to human wellbeing,” wrote the PNAS study’s lead author, David Williams, a lecturer in sustainability and the environment, University of Leeds. “These areas are based on stopping people from doing things: from chopping down trees, from hunting certain species, from mining, or from farming.”

But understanding and communicating the multiple benefits of increasing protected areas, he said, can help drive more support from government and local communities.

Williams and others have urged that establishing more protected areas not come at the expense of Indigenous communities, many of whom have already been disenfranchised or displaced by previous conservation efforts.

The nonprofit Project Expedite Justice calls for including Indigenous people at the center of conservation efforts with equal decision-making authority. As a report from the organization finds, “It has been demonstrated that protected areas with strong Indigenous peoples involvement in management and decision-making deliver better results in conservation and human rights protection.”

We’ll also need to take steps to get at the root causes that are driving extinction and climate change in the first place — or we won’t have additional lands to conserve.