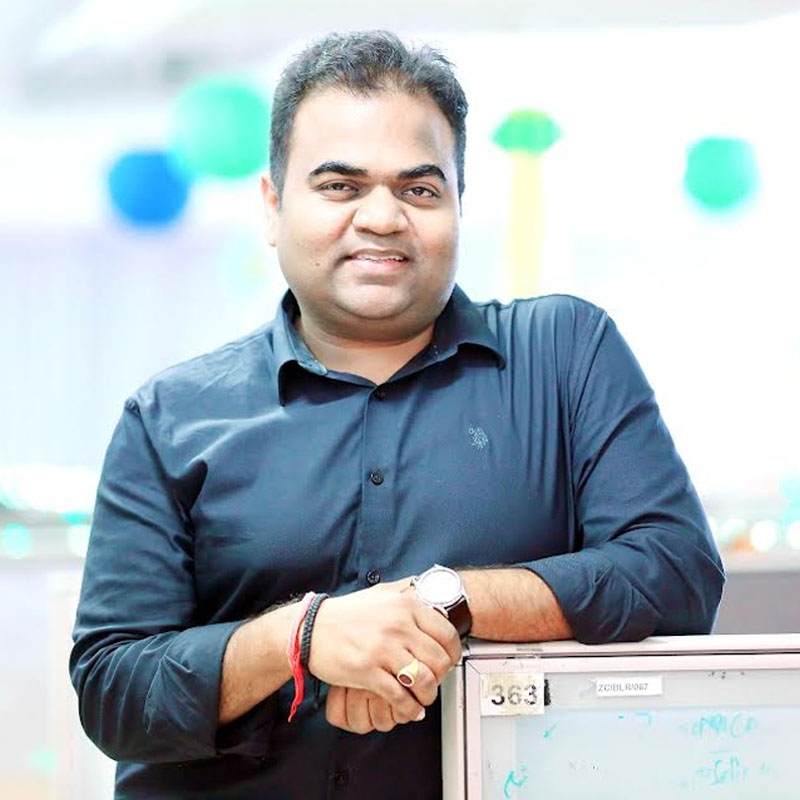 MUMBAI : For those of us who have spent precious stretches of time stuck in traffic jams during rush hour, the thought of getting on a bike and zipping through the traffic has definitely looked appealing. It is this everyday challenge that Rapido, a bike taxi service seeks to help overcome. The company which was among the first to introduce the concept of bike taxis in India in 2015, has over one million ‘Captains’ (bike taxi drivers) today, out of this, nearly 15 per cent are women.

Over the years, Rapido has emerged as a key player in India’s ride-hailing industry by focusing its operations on the two-wheeler taxi segment. The Bengaluru-based startup has expanded its presence to 100 cities across the country that include tier 1 to tier 3 cities. But faced challenges post-2020, as the pandemic forced most commuters to work from home. Things began to look up in 2021, as cases subsided, only to return to the same routine with a new wave of infections.

As we roll into 2022, IndianTelevision’s Anupama Sajeet caught up with Rapido head of marketing and growth Amit Verma to talk about the seven-year-old startup’s advertising and marketing for the year amid the pandemic. An avid marketer with a decade-plus experience in performance & growth marketing, Verma was previously with self-drive car rental company Zoomcar, and took over the role of marketing head at Rapido right at the outset of the pandemic. In an extensive conversation, he shared the learnings of the past year and his insights on the trends that might dominate the commute and ride-sharing industry in the new year, including the two latest campaigns featuring actor Ranveer Singh and Allu Arjun.

Looking back, last year was a blessing in disguise as we got plenty of time to introspect. Since we were not able to run our bike taxi business, because of the pandemic, we focused on launching new verticals like auto and C2C (Consumer-to-consumer) hyperlocal delivery services. On both fronts, we are doing really well and we have a presence in auto & C2C in more than fifty cities today, and it contributes to 30 per cent of our overall business. So that was really helpful to sustain operations amid the disruption in demand for bike taxis.

From a business numbers point of view, we succeeded in resetting the 1 ½ years of the pandemic. But, today we stand at the same position where we were about two years back when the pandemic hit (in 2020) and our operations went for a toss. So, to be honest, 2021 was about trying to regain our pre-pandemic numbers, of which we have recovered 100 per cent. If you talk of daily levels, we are doing about four lakh rides every day. So apart from the three to four months of lockdown, 2021 has been a good year overall for us. We spent more than 150 cr in the past year on performance marketing, branding et al, which will again go up by 200 per cent this year. We now have close to a 25 million user base, which we plan to grow two-fold this year.

On the brand messaging or marketing strategy in 2021

The two major campaigns we launched in March and November in 2021 were with the aim to sharpen our messaging of  ‘affordable, convenient, and time-saving commute’ options. Even in our previous brand campaigns, we have tried to highlight these three value propositions, and this time too, with our first celebrity campaign, ‘Smart ho, toh Rapido’ campaign featuring Ranveer Singh and Allu Arjun, we aimed to position Rapido as a customer-centric brand and highlight its key USPs, while doing the relative comparison with the different mode of commute, like bus and auto.

On the response to the ‘Smart ho, toh Rapido’ campaign

We got a pretty good response on both these campaigns. When we did the first campaign in March we got an approx. 50 per cent jump in upper funnel numbers, and it helped us to garner new users at a faster rate. But unfortunately, then Corona came into the picture and we were not able to fully reap the benefits of the ads. Again, in November we got tremendous results for the Ranveer-Allu Arjun ad campaigns.

Although Rapido has a pan-India presence, within India one has to accept the fact there are different regions that talk in different languages and with different celeb-affinities. To encash that affinity, and increase the reach of our campaign so as to get good ROI out of it, we chose these two celebrities for the HSM (Hindi speaking market) & the non-HSM markets. Additionally, they also went well with our brand image of ‘young, vibrant and smart’ as they have a similar kind of value proposition as the brand.

We have also taken up big properties like the recent T20 World Cup that happened in November which has been partially instrumental to bring really good ROIs. We have seen more than 100 per cent uplift on upper-funnel numbers, even the week-on-week growth which we witnessed during this campaign was more than 20-25 per cent.

We are a digital-first brand. Our 100 per cent revenue comes from online bookings, as we don’t do offline bookings. So digital is our first priority. But, we rely heavily on TV for branding. In terms of ad-spends on the campaign we launched to create awareness about the brand, then we spent 65-70 per cent on TV, 15 per cent on OOH, and the rest on Digital. Previously, we have explored Print too, but we did not get a good ROI out of it essentially because we are a non-seasonal brand, and for us, as a commuter category brand that never comes out with a seasonal or festive sale, it did not make sense. So apart from Print, we are using every other media.

On tapping into influencer marketing

Although we have not used influencers for the brand campaigns, from our overall marketing expenditure, nearly 5-10 per cent spend goes into micro-influencers and micro-bloggers. With the advent of short video platforms, a new set of micro-influencers have come up, and they have a pretty good reach. As a brand we are in the process of fully exploring influencer marketing, having seen that it not only increases brand awareness, but one can get a really good ROI from these influencer marketing campaigns.

On the brand’s target audience and consumer demographic

From a demographic point of view, we have bifurcated the category into two different sections – T1 and T2. In T1 we are mainly talking to those users who fall into the age group of 18-28 years, which is our primary TG and 80 per cent of our business comes from there. These are guys who don’t have deep pockets, who barely want to spend their money, and who don’t fall into the high-income bracket. Rest 20 per cent of business comes from state capital cities- of which we have pretty good coverage. And then we have a long tail of tier 3 cities. We have witnessed really good growth from tier 2, tier 3 cities during the last two campaigns, so certainly we see a reasonable potential over there. Right now we are not looking at expansion into newer regions so much, as we are trying to capitalise on our presence in each and every city and garner good numbers from the growth point of view.

We have female captains in multiple metropolitan cities like Hyderabad, Delhi, Bangalore etc, only their percentage might be lesser for the simple reason that you do not get female riders very easily. But we are focusing on increasing their numbers going ahead. Unfortunately, when you talk about travel or commute as a category, you’ll get 80-85 per cent of users who are predominantly male. Just because of that, whenever one is drafting one’s brand communication you have to focus more on your TG which is male-centric, due to which regrettably, there has not been much female-centric communication from our end. But in the near future, you will certainly see some communication go out from our brand which will cater to the female consumer also.

On Looking Ahead at 2022 and goals for the brand

We don’t have a major expansion plan with regards to new cities. But, we want to increase our user base by 2X and our overall daily rides by 3X, which means we will spend a lot of money on user acquisition and on the repeat users so that we can get more users to take rides, and increase their ride frequency. Also, with what we have witnessed over the last two years, the influencers and micro-influencers have started creating a lot of impact on the user base. So, we plan to leverage that by increasing spend there. So approx. 6-12 per cent spend might go on a regular basis on influencer marketing this year.

I think the next big thing we are betting on is the EV ride, because of the environment-friendly and cost-cutting factors. Everyone in the industry, I think, is trying to enhance their EV capability and general EV mobility in the commute segment. We will also be focussing more on EVs, and on how we can increase the adoption of EVs in the overall commute and bike taxis. As of now, we do have some electric vehicles and we have also done a couple of partnership rides. Recently, we entered a tie-up, where we are providing EVs to our delivery boys that are being used to fulfill deliveries of Swiggy and Zomato.

On any personal learnings, you would be taking into the new year

If the last two years have taught us anything it is that- be it an organisation or individual- one should be quick, adaptive, and volatile. With the odds changing constantly, that’s the only way one can survive. That’s the lesson I have learnt and certainly going forward too, we will try to replicate all these qualities so that we can grow further and at a really good pace.