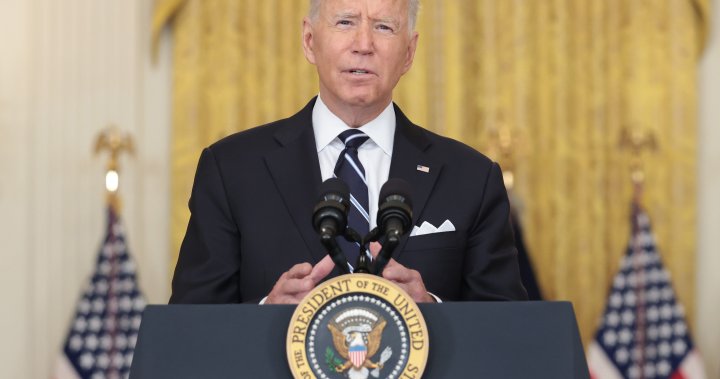 President Joe Biden, his voice breaking with emotion, vowed on Thursday the United States would hunt down the attackers of twin explosions at the Kabul airport in Afghanistan and said he has asked the Pentagon to develop plans to strike back at them.

Biden spoke hours after the two blasts killed a dozen American troops and wounded more, the worst day of casualties for U.S. forces there in a decade.

He promised U.S. evacuations would continue. He gave no indication of a change in next Tuesday’s U.S. pullout target.

“I have also ordered my commanders to develop operational plans to strike ISIS-K assets, leadership and facilities. We will respond with force and precision at our time, at the place we choose and the moment of our choosing,” Biden said.

Biden appeared to be fighting back tears and his voice cracked with emotion as he talked about the American “heroes” who died. “It’s been a tough day,” he said.

Biden defended his handling of his most serious foreign policy crisis, saying ultimately it is his responsibility, while assigning some blame to his predecessor, Republican Donald Trump, for the 2020 agreement Trump negotiated with the Taliban. “I bear responsibility for, fundamentally, all that’s happened of late,” Biden told reporters when asked if he was responsible for the events of the past two weeks.

He said he did not trust the Taliban but believed it was in the group’s interest to let the evacuations continue.

Biden had been warning of the possibility of attacks before the blasts erupted at the Kabul airport.

“I know of no conflict, as a student of history, no conflict when a war was ending one side was able to guarantee that everyone who wanted to be extracted from that country was able to get out,” he said.