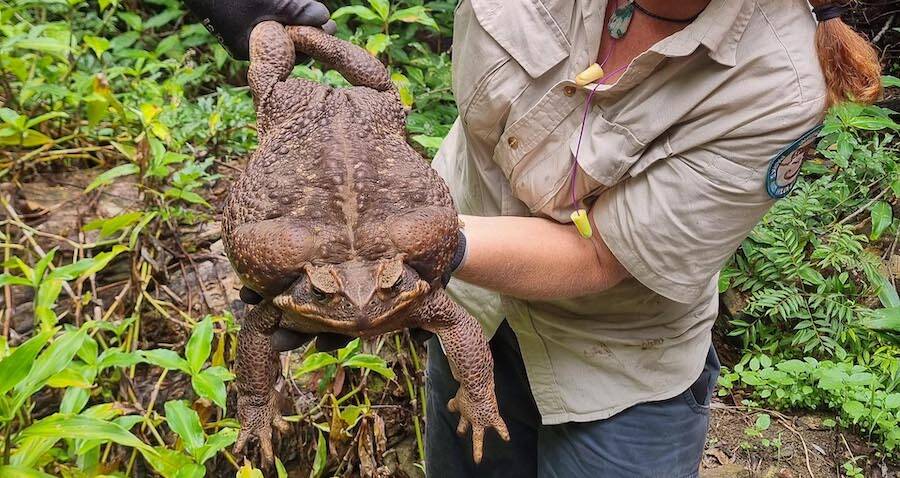 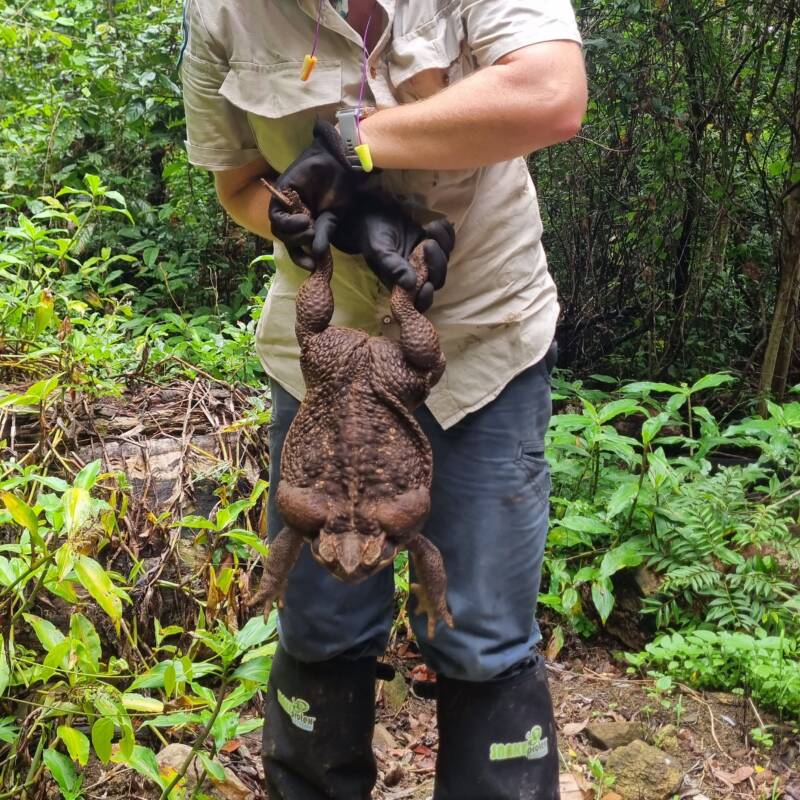 Park rangers in Australia made a discovery this week that shocked viewers and broke records: a nearly six-pound cane toad now dubbed “Toadzilla.”

The toad was found during a routine trail check in Australia’s Conway National Park, when park ranger Kylee Gray stopped her vehicle for a passing snake. After exiting her vehicle, Gray looked down and gasped at the sight of a monstrously large toad.

“I reached down and grabbed the cane toad and couldn’t believe how big and heavy it was,” Gray said in a news release from the Queensland Department of Environment and Science. “We dubbed it Toadzilla, and quickly put it into a container so we could remove it from the wild.”

“Toadzilla” weighed in at a record-breaking 5.95 pounds (2.7 kilograms), and is believed to be a female due to its size, as female cane toads grow larger than males.

A typical cane toad weighs an average of about three pounds, according to National Geographic. They can survive in the wild for up to 15 years and produce 30,000 eggs every breeding cycle.

Cane toads are also known for their unusual eating habits. They are omnivores, and consume mostly insects as well as small mammals, birds, lizards, and even other frogs.

“A cane toad that size will eat anything it can fit into its mouth,” Gray said.

The cane toad’s voracious appetite has landed it in some hot water in Australia. Native to South and Central America, the cane toad was introduced in Australia in the 1930s as part of a government initiative to control the growing cane beetle population.

According to Smithsonian, cane beetles had been wreaking havoc on sugar crops, forcing the Queensland government to look for alternative methods for dealing with the pesky insects.

But cane toads have no natural predators in Australia, and their toxic skin often kills would-be predators quickly, allowing them to remain at the top of the food chain. So when the toads were introduced, they eventually bred out of control, forcing native species out of their habitats by hogging shelters and resources and upsetting the natural ecosystems in the region.

According to Smithsonian, the increase in cane toads also had no discernible effect on the cane beetle population, and now Australia is struggling to control the toads’ booming population.

Today, there are more than 200 million cane toads in Australia. This is an astounding increase from the original 2,400 cane toads introduced almost a century ago, and they are projected to expand westward at a rate of 25 to 37 miles per year. 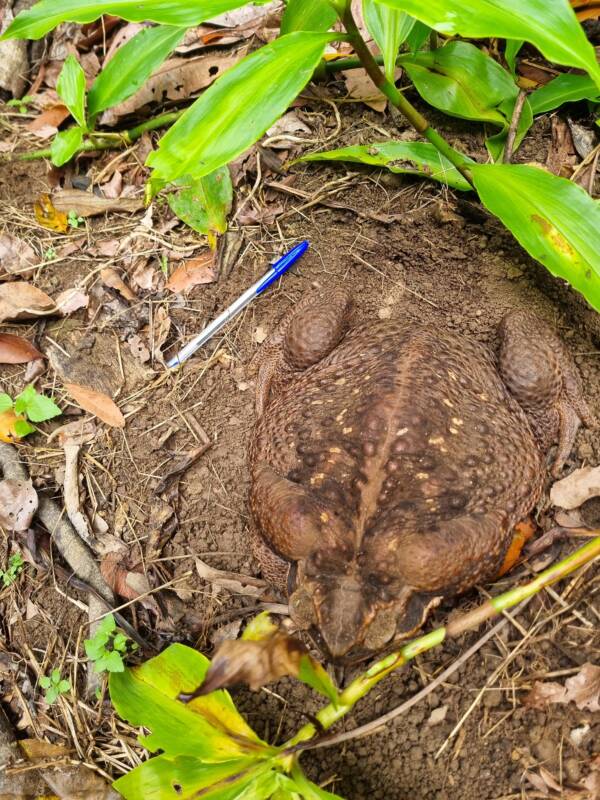 Queensland Government “Toadzilla” in the wild. The toad weighed roughly six pounds at the time of its discovery.

While “Toadzilla” is a marvel, park rangers have removed her from the park citing the environmental issues cane toads pose in Australia. The Queensland Department of Environment and Science confirmed in a tweet that “Toadzilla” had been euthanized.

“A female cane toad like potentially Toadzilla would lay up to 35,000 eggs. So their capacity to reproduce is quite staggering,” senior park ranger Barry Nolan, one of Gray’s colleagues, told Reuters in an interview. “All parts of the cane toad’s breeding cycle are poisonous to Australian native species, so prevention is a big part of how we need to manage them.”

The toad’s body has been donated to the Queensland Museum for further research. Previously, the Guinness World Record for the heaviest toad belonged to Prinsen, a pet cane toad in Sweden who weighed 5.81 pounds in 1991.

After reading about “Toadzilla,” learn about the invasive “super pigs” wreaking havoc in Canada. Then, read about another species of toxic toad that threatened pets and clogged pools in a Florida neighborhood.