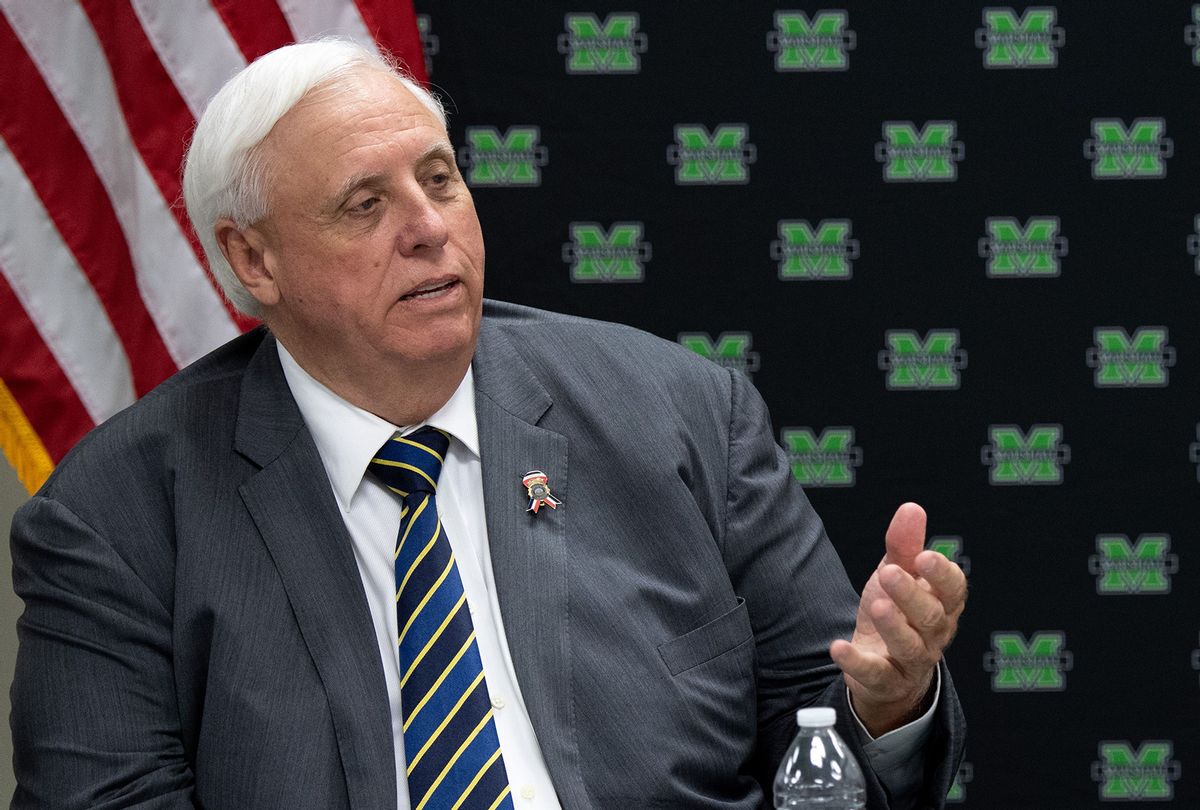 West Virginia Governor Jim Justice used coal to propel himself into public office in the coal-friendly state, but a few hundred miles away his association with coal is not so positive. Earlier this month in Kentucky, the billionaire politician and his son-turned-business partner were personally fined $2.9 million by the state for failing to reclaim three of their Eastern Kentucky mines, a process that makes them environmentally safe for redevelopment.

The proprietor of the Greenbrier Resort owns more than 50 coal mines and businesses and has faced fines before — along with community opposition —  for failing to pay taxes and suppliers, inadequately implementing mine safety requirements, and ignoring court-ordered environmental remediation work.

He joins other high-ranking elected officials, such as Senator Joe Manchin and Congressman Michael McCaul, who are in the business of passing climate legislation while having interests in the fossil fuel industry. Justice’s attorneys claim the missed deadline that prompted the most recent fine is not his fault;  the coronavirus pandemic made it impossible to safely get the reclamation work in time.

“It’s always been our intent to complete this work,” said Richard A. Getty, who represents the Justices, in a statement following the ruling. However, as the state made clear in its ruling, various deadlines had passed before COVID-19 and at least one site had been left untouched since 2015.

This most recent fine adds to more than $15 million in taxes and safety penalties he has owed state governments for his coal mines across six states, according to a 2016 NPR investigation. That analysis revealed Justice’s mines as a hotbed for workplace injuries, holding the most unpaid safety violations of any American-owned coal operator.

It also comes on the heels of a recent announcement that Justice’s company was attempting to acquire new permits to resume mining and reclamation work at four surface mines that were previously closed. The new fine, however, forces the company to be listed in a federal violator system that will prevent them from getting new permits or amending existing permits until the violations are cleared up — prohibiting the company from cashing in on a 50 percent rise in coal production in Kentucky this year.

The fine might also just happen to turn the tide in improving environmental and safety habits in the region, too, says Willie Dodson, a field organizer with the environmental labor group Appalachian Voices. “Regulators have been giving these companies just second chance after second chance for too long,” Dodson told Grist. “It is clear now, that to stop these companies from trying to squeeze more money out these dying mines at the expense of the community and jobs, states need to start revoking permits and going after the full array of personal and corporate assets held by these billionaires.”

Not only will it ease the taxpayers’ burden by forcing the Justices to foot the bill, it’ll also create hundreds of jobs. Kentucky, one of the poorest states in the country, has nearly a dozen counties with a poverty rate above 30 percent, nearly triple the national average.  An analysis by Appalachian Voices found that reclamation work at Justice’s mines alone would employ 220 to 460 workers for five years. A big boost is expected soon, at the hands of the recently passed Bipartisan Infrastructure Law. According to the Reclaiming Appalachia Coalition, the $11.3 billion earmarked in the law for abandoned mine cleanup will result in nearly 3,000 jobs and $7.45 billion in economic output across Appalachia.

The practice of leaving coal mines unreclaimed and abandoned isn’t unique to Justice’s operations. Today, the once economically vibrant state is left with the remnants of a dying industry: more than 20,000 abandoned coal mines. According to Appalachian Voices, roughly 55,000 acres of these abandoned mines are unreclaimed — meaning they did not go through an environmental remediation process — and another 139,000 acres are partially unreclaimed.

“Companies like Justice’s have been breaking promises for years,” Dodson said. “The way forward is for the regulators to bring down the hammer and hire contractors to reclaim the mines and now they have the support to do so.”

From 2016 to at least 2018, an unreclaimed mine in Pike County, Kentucky owned by Justice’s family, caused multiple flooding incidents, racking up hundreds of thousands of dollars worth of damage, destroying homes, and depositing potentially hazardous materials from the mine in people’s yards, according to reporting from the public broadcasting collaborative Ohio Valley Resource.

In 2018, then 81-year-old Betty Short slipped and broke her collarbone outside her home as a result of a Justice mine-induced flood, which she told the Ohio Valley Resource continued to haunt her. “You’re really afraid to lay down and go to sleep at night,” she said in 2018. “It’s like a nightmare. You never know what’s going to happen next.” The mine, which was scheduled to be completely reclaimed by 2015, is still not reclaimed as of November 2021.

Justice first inherited ownership of his coal operations following his father’s death in 1993. In 2009, he sold some of his coal business to the Russian company Mechel for nearly $600 million. Then in 2015, the same year he declared his candidacy for governor as a Democrat, following a massive drop in the price of coal, he bought back his business for just $5 million — less than one percent of the earlier price. Two years later, Justice, infamously, rejoined the Republican party at a Donald Trump rally reportedly to get in good with Trump, who favored the coal industry.

From the very beginning, Dodson says, it has been evident that Justice’s agenda was to “squeeze as much money out of his mines by running roughshod over the regulations, externalizing out costs, and then just walking away.”

It’s a process that is widely utilized across the region. Since coal production started its steady decline in Appalachia, beginning in the 1990s, businesses, like Justice’s, have followed a template to profit off of dying mines before abandoning them, often leaving them unreclaimed for years. Due to historically lax relationships with regulators, coal operators have been allowed to cut losses by short-changing workers’ pensions, ignoring relatively-expensive safety procedures, and delaying costly environmental remediation processes before ultimately declaring bankruptcy and sticking taxpayers with the bill. But the impact is felt most intensely on the “spectacularly sick and retired mine workers and their communities,” Carl Pope, the former Executive Director of the Sierra Club, wrote in 2016.

However, with the right attention to ensuring environmental justice with economic opportunities and jobs, the new influx of federal support might just stop the practice in its tracks. “For years, there has been no accountability,” Dodson said. “It has hurt the communities where I work and it’s hurting people that I care about.”

“Now we can work towards taking over any of these mines where it’s appropriate and hiring people to reclaim them,” he added, “focusing our attention on the environmental impacts of mines and the community impacts of needing reclamation.