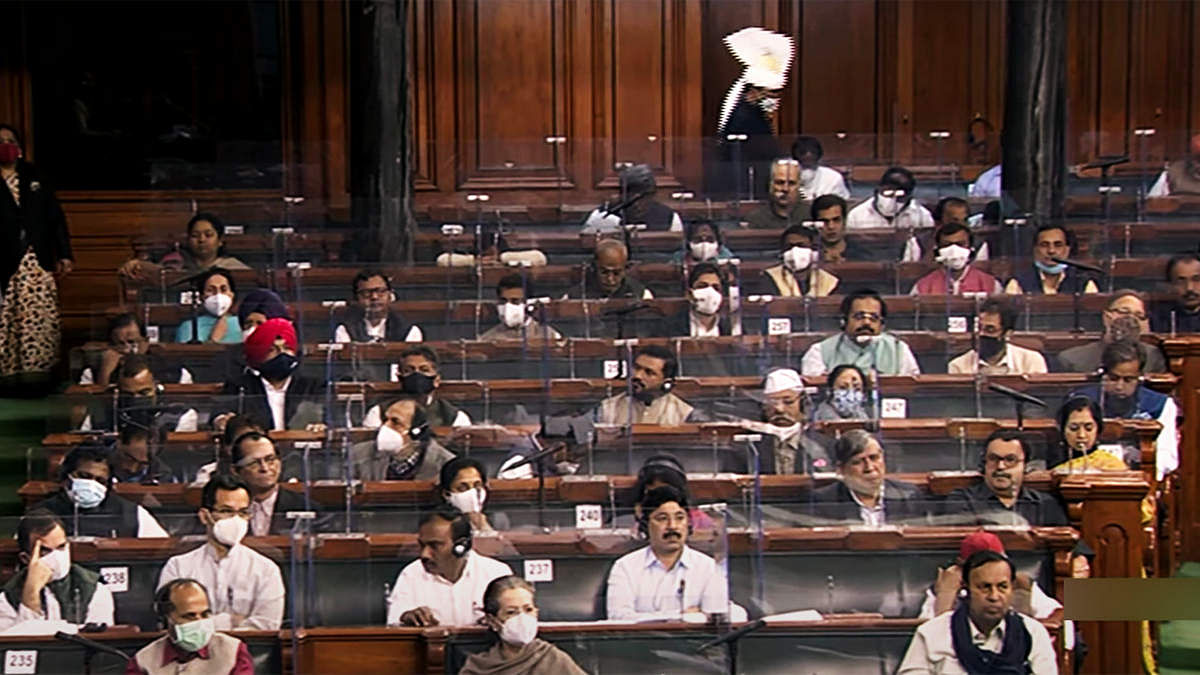 
New Delhi: The second day of discussion on climate change in the Lok Sabha saw the Opposition question the Narendra Modi government on its plans for achieving net-zero emissions.

“Even a week before the COP26, the Indian government didn’t show any inclination to announce a net-zero target. The environment secretary (Rameshwar Prasad Gupta) ruled it out in the media. What prompted it, and under what pressure did the prime minister do a volte face?” Sougata Roy of the Trinamool Congress asked.

Echoing the demands made by Kanimozhi of the DMK, Roy asked, “Has there been any discussion with the states about the target?”

“If India has to implement a phasedown of coal, several coal-prosperous states like West Bengal will be more affected than others. What has the government thought about the potential loss to be incurred by states?” he further asked.

Apart from the target of net-zero emissions by 2070, PM Modi had also announced four other goals to be achieved by 2030: Increasing India’s renewable energy capacity to 500 gigawatts, drawing 50 per cent share of energy from non-fossil-fuel sources, reducing carbon emissions by 1 billion tons, and reducing the carbon-emission intensity of the economy by 45 per cent.

Roy asked Union Environment Minister Bhupender Yadav to present a roadmap for this transition to renewable energy sources, as well as to explain how it will raise the finances to execute it.

“It is estimated that it will cost nearly Rs 700 lakh crore to achieve these 2030 targets. India has so far got Rs 29 lakh crore. Out of this, Rs 9 lakh crore is from international sources and Rs 20 lakh crore from its own sources. Where will the rest of the money come from?” Roy asked.

The government had submitted in the Rajya Sabha on 2 December that it would need $1 trillion by 2030 to achieve the climate goals announced in Glasgow.

Also read: COP26 is not just about India’s commitment to climate change. It’s also a message to the US

Citing data from SAFAR (System of Air Quality and Weather Forecasting And Research) and what the environment ministry submitted to the Supreme Court in an affidavit, Harsimrat Kaur Badal of the Shiromani Akali Dal asked why farmers are always blamed for causing pollution when data shows their contribution is negligible.

Badal, a former minister in the Modi cabinet, added that instead of “filing FIRs and cases against farmers”, the government should provide them with alternatives so they aren’t forced to burn stubble.

Environment Minister Yadav replied that all criminal cases against farmers for burning stubble had been dropped under the Air Quality Commission Act, and that subsidies worth Rs 700 crore had been given for machinery to get rid of stubble.

“The NTPC had taken out a tender… 3,000 tonnes of stubble have been purchased and we are reviewing how biofuel can be made out of it,” Yadav said.

Members of the Opposition also raised concerns on the “dilution” of the Forest (Conservation) Act, and the National Mission on Oilseeds and Oil Palm announced by the government in August.

“It is understood that the government is intending to amend the Forest (Conservation) Act with new provisions which promote deforestation. In the name of infrastructure development, large-scale deforestation is encouraged,” said Thomas Chazhikadan of the Kerala Congress (M).

Agatha K. Sangma of the National People’s Party said India was “struggling” with its aim of creating a carbon sink of 2.5-3 billion tonnes of carbon dioxide equivalent by 2030 — a promise made under the 2015 Paris Agreement.

A carbon sink is anything that absorbs more carbon from the atmosphere than it releases, like forests, vegetation or seas.

Referring to a report by the Indian Council of Forestry Research and Education (ICFRE), which said palm oil plantations should be avoided in biodiverse areas, Sangma said the government should “reconsider with proper consultation” its decision to implement the oil palm mission in the Northeast and the Andaman and Nicobar Islands.

Also read: What is the ‘Global Methane Pledge’ that 103 countries signed at COP26