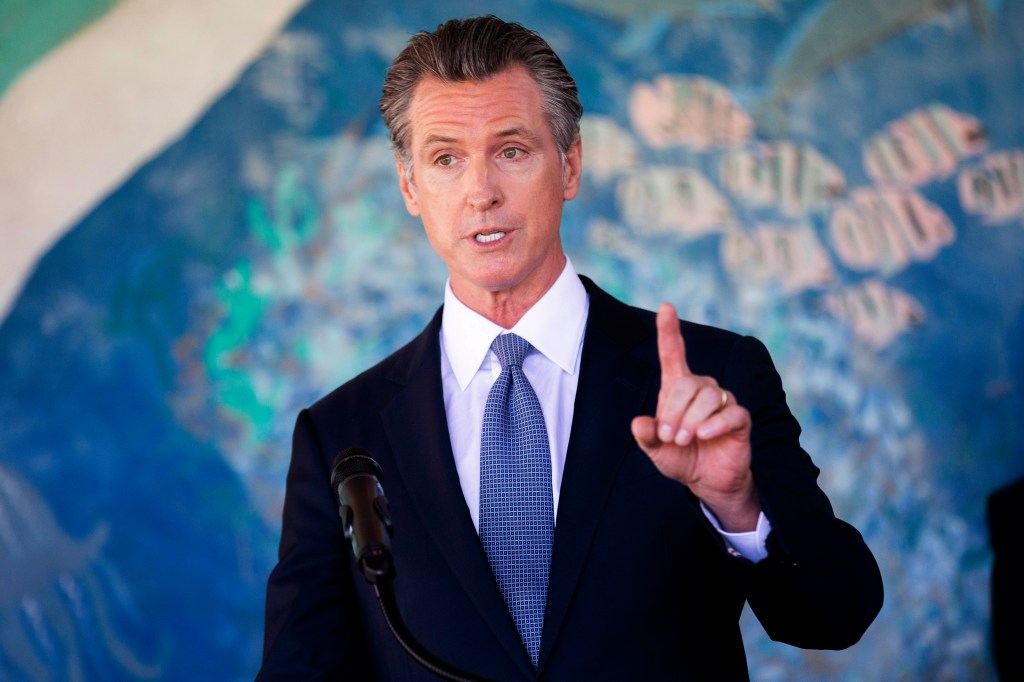 The recall election aimed at Gov. Gavin Newsom is close enough to ponder what would happen if, in fact, he is forced out of office a few weeks hence.

He almost certainly would be succeeded by one of the Republican would-be replacements – and at the moment, conservative/libertarian radio talk show host Larry Elder is leading in the polls.

If anything, Newsom’s strategy of asking supporters not to vote for any of the 46 would-be successors heightens Elder’s chances. However, if they do vote for someone, they would likely favor the least conservative of the Republican candidates, former San Diego Mayor Kevin Faulconer.

A Newsom loss and a Faulconer win would be a double dose of bad news for the state’s Democratic Party because of all the Republican candidates, he would have the best chance of winning a full term in 2022.

The model for a Faulconer governorship could be Republican Arnold Schwarzenegger, who became governor after Democrat Gray Davis was recalled in 2003. Initially, Schwarzenegger and Democratic legislators quarreled, but eventually they developed a workable rapport – much to the dismay of conservative Republicans – and Schwarzenegger easily won a full term in 2006.

Conversely, were Elder to top the field and succeed Newsom, the Capitol would be tied up in knots for more than a year as he attempted to impose his will and Democrats thwarted him at every turn. Governors have a lot of potential power, but using it depends on having a cooperative Legislature.

Newsom assumed vast authority to bend or ignore laws, when he declared an emergency to deal with COVID-19 – a performance that fueled the discontent that put his recall on the ballot. However, Newsom could do what he did only because the Legislature acceded, initially giving him a pot of money to spend as he saw fit and abandoning the Capitol for many weeks. His emergency decrees are still in effect, but the Legislature has constitutional authority to end them if it wishes.

As governor, Elder might attempt to emulate Newsom by wielding emergency powers, but the Legislature would immediately void them. He could try to replace top-level administration officials, but his appointees would have to win state Senate confirmation and it would certainly balk. He could veto Democrats’ bills, but they have enough legislative seats to override his vetoes.

Elder would submit a 2022-23 budget to the Legislature in January but with three-quarters of the Legislature, Democrats could enact their own budget and override Elder’s veto to put it in place.

Although Democrats are issuing dire predictions of what Elder might do as governor, he really would have little power to do anything significant. With huge legislative majorities, Democrats could simply wait out the 15 months of an Elder governorship while gearing up to retake the office in 2022.

Elder would complain loudly, but ideologically he’s out of touch with blue California and would have won the governorship with votes from a tiny percentage of the state’s electorate, making him little more than an aberrational footnote to history.

While this would be happening, or not happening, Democratic politicians would be scrambling to become Elder’s successor, beginning with the June 7 top-two primary election. Newsom could run again and if he did, would probably come out on top in the primary. If he opted out, Lt. Gov. Eleni

Kounalakis would probably be the Democratic favorite but there are other ambitious politicians in the wings.

None of this comes to pass if Newsom beats the recall, which is still the most likely outcome. But it’s by no means a certainty.