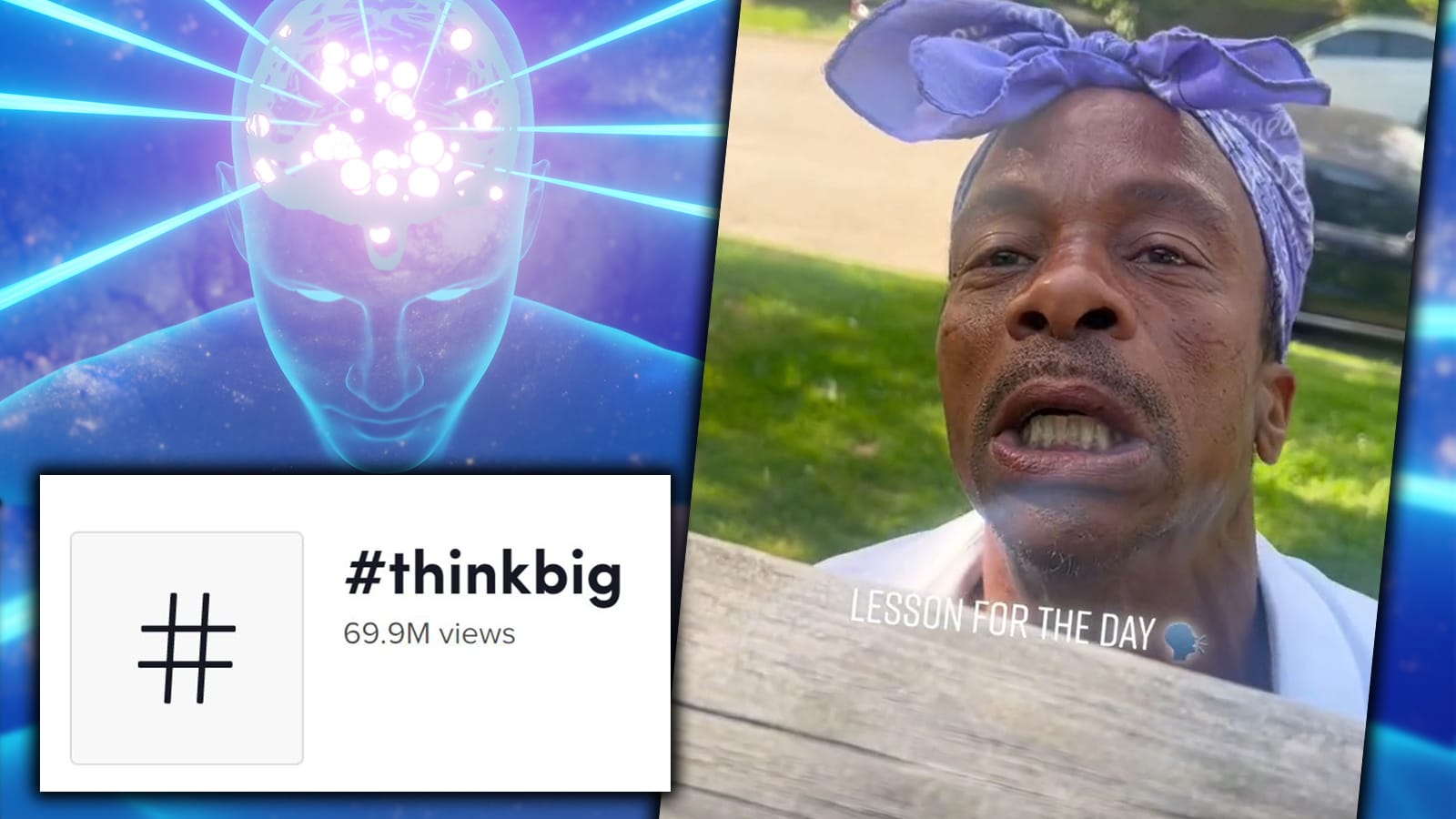 TikTok’s latest viral sound has its users “thinking big” — but who, exactly, is the man behind this viral life lesson? Here’s everything you need to know about the inspirational audio.

TikTok is a hive for viral content of all sorts. Whether it be popular practical jokes like the ‘Record Me prank’ or challenges like the ‘Incantation Challenge,’ you can guarantee that TikTok is cooking up the next big thing.

It’s not unusual for internet-wide memes to spawn from the platform, either — and the latest one comes from a TikTok user that is bent on spreading positivity.

The #thinkbig hashtag has been viewed over 69 million times on TikTok, and it’s not hard to see why — the message is simple but inspirational, and near-perfect meme fodder.

Thousands of TikTokers have used the audio for their own hilarious videos, like Brehanna Daniels, NASCAR’s first Black female pit crew member.

The audio can be traced back to a TikTok uploaded by user Larolyn Hayes-Dodd, who posted it on July 22. The video was captioned “Lesson for the day,” and has been viewed over four million times.

Larolyn has posted several other videos of the man behind the message, called Unc Frisco Reece, who even has his own Instagram page where he drops similar golden nuggets of wisdom and advice.

It’s clear that the people love Unc, as even the one and only Ciara used one of his messages in a TikTok that’s gained over 200,000 views.

Although Unc has a ton of life lessons for us, it’s clear that his ‘Think Big’ mantra has taken the net by storm. Now that we’re all “thinking big” — what’s next? (Hopefully, not any more Pink Sauce.)