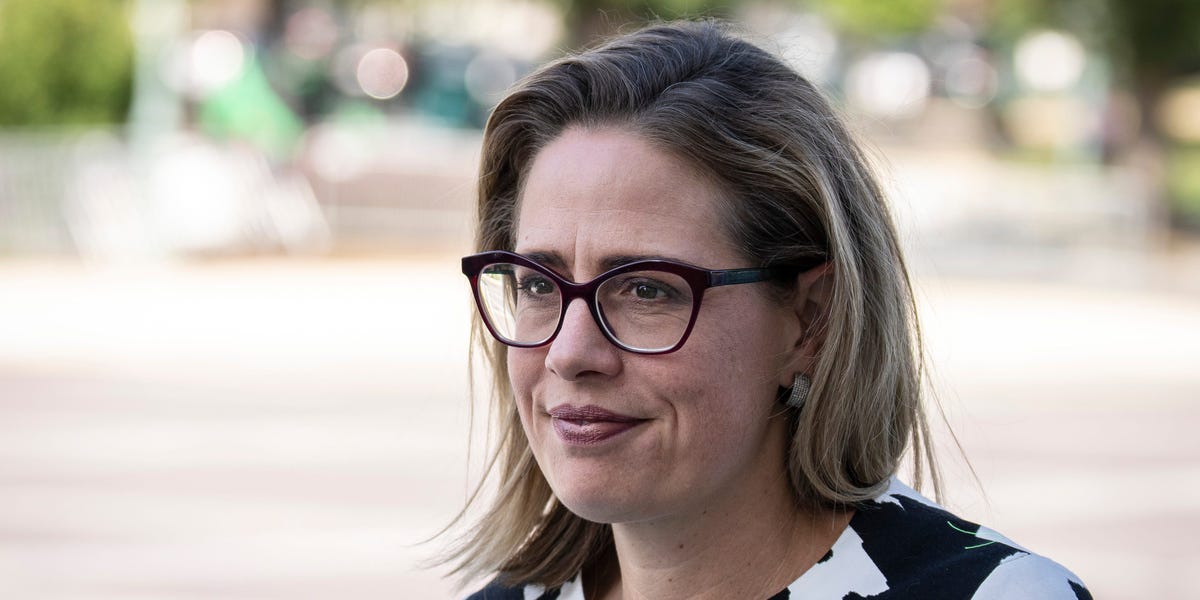 Sen. Kyrsten Sinema of Arizona has agreed to back the Inflation Reduction Act of 2022, meaning the bill now has the support of all 50 Democrats in the US Senate.

Her cooperation came with the removal of a carried interest tax provision, a small portion of the bill that targeted a tax break for the wealthy.

“We have agreed to remove the carried interest tax provision, protect advanced manufacturing, and boost our clean energy economy in the Senate’s budget reconciliation legislation,” Sinema said in a statement on Thursday.

It represents a momentary win for some of America’s richest individuals. The provision targets a loophole that can be used to reduce taxes for hedge fund managers and other people who manage money for a living. When fund managers make money for their clients through their investments, they receive a cut of those profits. They’re allowed to classify that payment as capital gains, which are subject to lower tax rates than those for salary paychecks and bonuses. With the removal of the provision, fund managers have dodged restrictions that would have made it harder for them to keep to keep paying the same low tax rates on their income.

Republicans and Democrats alike have advocated for eliminating the tax break ever since it was brought to the attention of Congress in 2007 by a law professor’s journal article. They have so far failed to close the loophole.

A Trump-era policy added a caveat to the loophole through a three-year holding period, which means that private equity funds have to hold on to their portfolio companies for at least three years before cashing out.

The Inflation Reduction Act’s provision would have extended that holding period to five years — meaning that even if it had survived discussions with Sinema, it wouldn’t have closed the loophole completely.

According to a 2021 report by financial software company eFront, the average length of a private-equity fund’s holding period in 2020 was already 5.4 years.

Still, the carried interest tax provision is a relatively small part of the Inflation Reduction Act. Lawmakers estimated the provision would generate about $14 billion over the next 10 years, compared to the total $790 billion they said would be produced as a result of the bill.

Senate Majority Leader Sen. Chuck Schumer also reiterated on Thursday that the bill still involves a new hard minimum on the taxes that America’s largest corporations have to pay.

“The agreement preserves the major components of the Inflation Reduction Act, including reducing prescription drug costs, fighting climate change, closing tax loopholes exploited by big corporations and the wealthy, and reducing the deficit by $300 billion,” Schumer said. The final version of the bill will be released on Saturday, he added.

President Joe Biden on Thursday evening praised Sinema’s cooperation as “another critical step toward reducing inflation and the cost of living for America’s families.”

Sinema’s opposition to the provision had opened the possibility that either she or Sen. Joe Manchin of Virginia — who agreed to a surprise deal on the bill last week — might upend the Inflation Reduction Act because of it. Both lawmakers helped shut down President Joe Biden’s Build Back Better plan.

However, the pair disagrees on carried interest, a tax loophole that allows wealthy investors and hedge fund managers to pay less taxes. While closing the loophole has been a priority for Manchin, Sinema is opposed to eliminating the tax break.

Sinema’s announcement on Thursday confirmed that her concerns for the bill prevailed, and that the provision would be cut.

Manchin and Sinema did not immediately respond to Insider’s requests for comment.