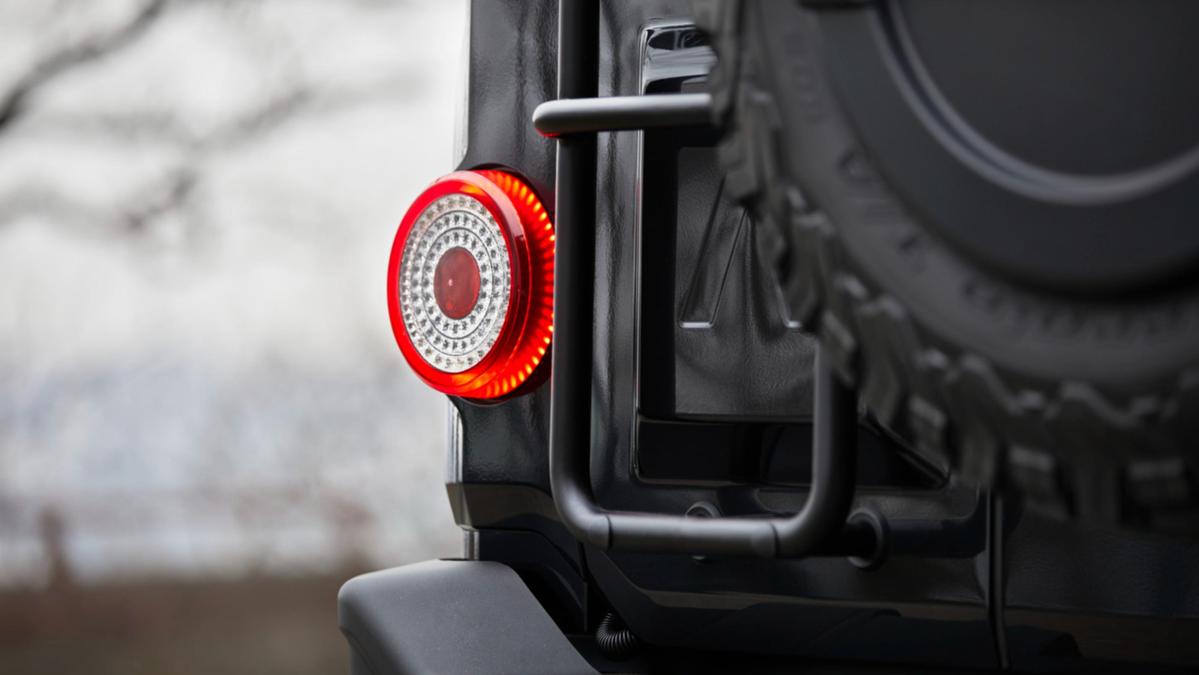 Car brands come and go. We’ve seen a few enter the bustling, highly fragmented Australian car market in recent times, and a few exit on the other side.

There are more entrants coming in 2022 and 2023, capitalising on what they see as gaps in the market.

Three come from China, home to a bewildering array of domestic car-makers intent on growing their export footprints, and therefore a growing source of cars for Australia. How many MGs, LDVs, GWMs, and Havals have you spotted lately, hey?

The other two come from Europe, but focus on wildly different parts of the overall picture.

This is the one generating the most interest as far as we can tell.

BYD, the Chinese maker of electric (or at the very least, electrified) vehicles, was until recently best known for its EV bus fleet, and the fact that one of its major long-term shareholders is investment guru Warren Buffett.

But it’s busy spreading its tentacles all over the globe including to Australia, where it has paired up with a local distributor called EVDirect to sell a diverse range of affordable EVs available for purchase both online, or a showroom network backed by dealer group Eagers.

Its first car is the circa $45,000 BYD Atto 3 electric SUV, with the first 1000 units on a ship. BYD Australia claims to hold thousands of EV orders already.

It also plans to open order books for the BYD Seal sedan (a Tesla Model 3 competitor) and BYD Dolphin or EA1 (a small EV hatch) before the end of 2022, with deliveries set for 2023, it claims. It also wants to offer an electric ute by as soon as mid-decade.

Globally, BYD is seen as one of the most likely long-term competitors to Tesla among the so-called ‘non-legacy’ brands, and is even poised to supply its in-house batteries to the Elon Musk-run EV superstar.

“We’ve been overwhelmed with not just buyers, but people that are interested in the product. BYD to some is a new brand and they have never heard of it, but to others BYD has been a hotly anticipated brand,” said the head of EVDirect.com.au Luke Todd.

“We are thrilled about the volume of deposits we’ve taken [on Atto 3]. We are comfortably on a pathway to being the second largest EV company with deliveries for this year,” he added, referring to Australia specifically.

China’s Chery had a crack at Australia once already, selling cheap and cheerless hatchbacks and SUVs through distributor Ateco between 2011 and 2014.

But it’s about to return through official channels, with far more competitive fare, starting with the Omoda 5 small SUV designed to go against the (also Chinese) MG ZS and Haval Jolion, plus the likes of the Kia Seltos and Hyundai Kona.

Just last week it announced hugely ambitious longer-term plans to become a top 10 brand here by 2026. Based on 2021’s industry-wide sales figures, that would require Chery to sell at least 40,000 vehicles per year.

The company says it has a targeted launch date of late October or November 2022 for the petrol-powered Omoda 5 range, with an electric version to follow.

The larger Tiggo 8 Pro SUV is slated to follow in the first half of 2023. Chery has also confirmed the Tiggo 7 Pro SUV for an Australian launch, and wants to bring a ute over the next few years – or so it claims.

The company says its new products are far removed from the vehicles it offered during its last stint in Australia.

“A long time ago, we developed the products in an isolated manner,” said Chery International executive vice president Charlie Zhang.

“They were not developed on the product platforms. Over the past 10 years, we have been through very strategic transformations, we built our R&D systems, we built our forward product development process.

“… The quality is guaranteed, and also we go through very rigorous product validation process. Chery is very much different from what we used to be, what we were a long time ago.”

Volkswagen’s sporty Spanish subsidiary started life as the performance offshoot of SEAT before becoming its own standalone marque.

It sees Australia as a key part of its expansion plans beyond Europe with customer deliveries to kick off this month, and a growing network of showrooms (or “Garages”).

The company says it wants to sell 1600 cars this year and 7000 in 2025 – a figure that would put it where Renault and Land Rover were last year. Anther VW brand, Skoda, took more than a decade to achieve this feat in Australia.

The launch range is led by Cupra’s first standalone model, the Formentor crossover, which comes available with a version of the Audi S3’s engine or a plug-in hybrid – something no other Volkswagen Group Australia brand offers at this stage.

In even more interesting news, it’ll launch its first EV, called the Born, in early 2023. The Cupra Born uses the EV running gear of the Volkswagen ID.3 – which is yet to be sold here.

Come 2025, the local Cupra range will expand to include the petrol and plug-in hybrid Terramar SUV, the electric Tavascan SUV, and the small (but angry) UrbanRebel electric hatch.

“The measure of success for me won’t be how many cars [Cupra] sells, or whatever,” Cupra boss Wayne Griffiths told Australian media.

“It’s whether we really hit a nerve with the brand or not, with the target group. With the young, next-generation car buyers – whether they think Cupra is a cool, desirable brand.”

Ineos is attempting to fill the giant hole left in the landscape by the death of the old Land Rover Defender, and is making serious inroads into Australia already with a rugged 4×4 called the Grenadier.

Set to hit local shores in small numbers during the fourth quarter of 2022 before a supply ramp-up for existing orders, the Ineos Grenadier is both a sort of spiritual successor to the original Defender and a contemporary rival for the Toyota LandCruiser 70.

The company delivered on its promised $84,500 (before on-road costs) price point for the new Grenadier, and also stuck to its pledge to charge a $1000 premium for the five-seat Station Wagon over the two-seater Utility Wagon.

The company recently announced its launch network of sales agents – not quite the same thing as conventional dealers – with heavy representation in its regional “heartland”. Among these partners are dealer groups, but also 4×4 specialists and agricultural equipment dealers.

Ineos will control inventory and pricing, and pay these partners with a “straight-forward commission”. This is very much in the style of Mercedes-Benz and Honda.

It also remains committed to helping owners who prefer DIY maintenance, or so it claims.

The company has appointed Justin Hocevar to head up its Asia-Pacific operations, who previously ran Mini Australia and Renault Australia, and was a senior executive at Jaguar Land Rover and BMW Motorrad.

Production Grenadiers are going to be built at an old 210,000 square-metre Mercedes-Benz (Smart) plant in Hambach, France, since purchased by Ineos. Since 2019 the plant has received a claimed $770 million AUD in upgrades, funded by both Mercedes-Benz and Ineos.

The bespoke development vehicles were built by Magna in Austria, and underwent a widely covered and public torture-testing program.

Beyond the Grenadier wagon, a Grenadier dual-cab ute will appear in 2023, while the company has previously spoken about a potential smaller, off-road-capable EV model.

This brand is a subsidiary of GWM (Great Wall Motor), which already sells the GWM Ute, Haval Jolion SUV, and Haval H6 SUV here in Australia.

Ora is its dedicated EV division, with a focus at present on small and (somewhat) affordable electric city cars. It has already spread its wings beyond China, and into markets such as Thailand and the UK.

While GWM Australia’s management plays a straight bat, we understand it’s absolutely coming here too. This reflects Australia’s value to GWM as it grows its international base, with this country at one stage being its biggest export partner.

Its first Australian-market vehicle is on track to arrive either in late 2022 or, more likely, early 2023. This car will be based on the Chinese Ora Good Cat, but will probably be called either the GWM Ora Cat or simply the GWM Ora when it arrives here.

The cute little Ora hatchback will have some stiffer competition at the bottom end of the EV market in 2023, with other Chinese rivals such as the MG ZS EV update and brand new MG 4, and the BYD Atto 3 coming to mind.

GWM launched the Ora brand in August 2018, following a claimed near-decade of research and analysis into the ‘new energy vehicle’ market, and on how it could differentiate itself.

In Mandarin, the word ‘Ora’ bears a resemblance to ‘Euler’, and the brand was indeed named after the famous Swiss mathematician Leonhard Euler, on the basis that mathematics is fundamental to innovation and technological progress.

It offers some other little EVs in China such as the Ora Punk Cat (a straight-up VW Beetle ripoff) and Ora Lightning Cat fastback – something that would look vaguely at home here as a cut-price Hyundai Ioniq 6.

Want to know about some forgotten (or not) brands that have existed Australia? Look no further than our feature trilogy linked below!